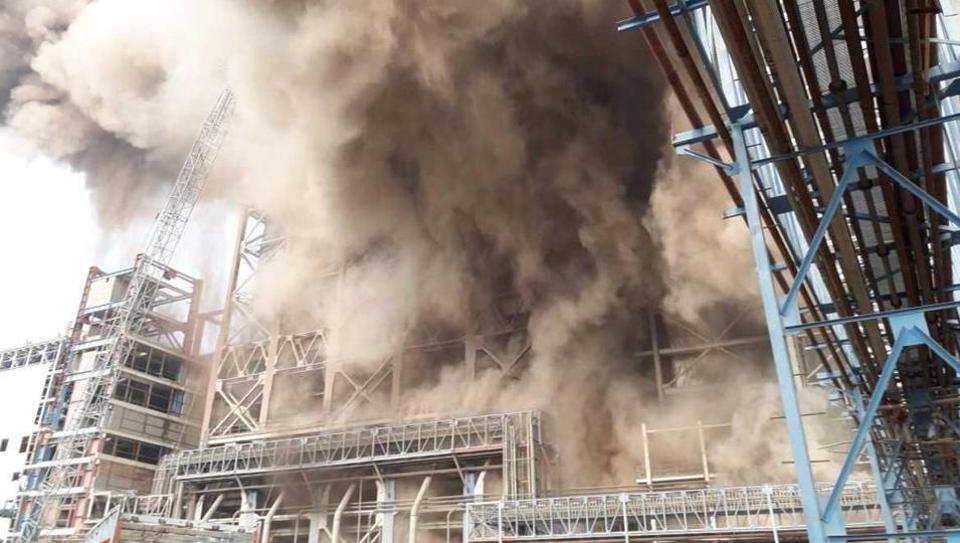 Chief Minister Yogi Adityanath expressed his condolences over the deaths and announced Rs 2 lakh compensation for the family of those killed and Rs 50,000 for the grievously injured, an official said.

Uttar Pradesh’s ADG (Law and Order) Anand Kumar confirmed late Wednesday evening that while 12 people had been reported dead in the incident, the toll could rise further as 100 people had received severe burn injuries, and the condition of some of them was serious. All of them were being rushed to hospitals for treatment, he added.

The Unchahar sub-division in Rae Bareli district is around 110 km from the state capital Lucknow.

Chief Minister Adityanath, who is away in Mauritius on a three-day official visit, has ordered that necessary steps be taken for rescue and relief.

“The chief minister expressed his condolences over the deaths of workers in the Unchahar NTPC unit and announced Rs 2 lakh compensation for the family of those killed and Rs 50,000 for the grievously injured besides Rs 25,000 for other injured workers,” Awasthi said.

A National Disaster Response Force (NDRF) team was also despatched to the explosion site from Lucknow for relief and rescue operations, an official said.

The district administration rushed ambulances to the spot and directed health officials to provide prompt treatment to the injured.

The NTPC, in a statement after the incident, said that “an unfortunate accident in the boiler of 500MW under trial unit of NTPC Unchahar occurred this afternoon. Rescue operations are underway in close coordination with the district administration. Injured persons are being shifted to the nearby hospitals…The NTPC’s senior management is rushing to the site to coordinate the efforts.”

Rae Bareli is the Lok Sabha constituency of Congress president Sonia Gandhi. Sonia has asked partymen in Rae Bareli to extend all possible help to the victims and deputed deputes Dhirendra Srivastava from Rajiv Gandhi Foundation to visit the site and make necessary arrangements for help. Following the incident, Congress vice president Rahul Gandhi expressed his condolences for the family of the deceased and urged the state administration to provide all necessary help to the victims of the tragedy.