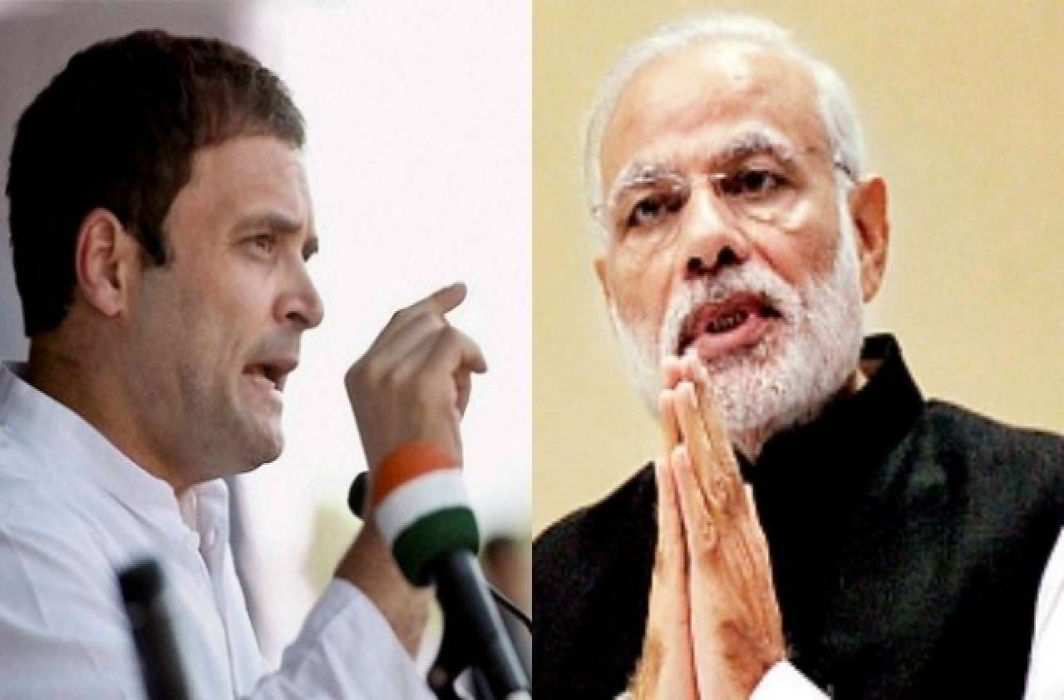 While polling for 89 assembly constituencies began on Saturday under Phase I of the Gujarat Assembly polls, Prime Minister Narendra Modi and Congress vice president Rahul Gandhi stepped up efforts to woo voters to their respective political parties in the remaining 93 seats of the 182-member Gujarat Vidhan Sabha.

Under Phase II of the Gujarat polls, 93 seats will witness polling on December 14. Results for the state election along with the already concluded polls for Himachal Pradesh assembly will be declared on December 18.

The ongoing election campaign for the Gujarat assembly has turned into a direct clash between Prime Minister Narendra Modi and Congress vice president Rahul Gandhi with the two leaders leading the charge of their respective parties while relegating the state leadership to the background.

It thus comes as no surprise that while one half of Gujarat began casting its vote on Saturday morning, the other half was bombarded by poll promises and political rhetoric by Rahul and Modi, neither of them willing to give the other any quarter.

If the campaign so far had seen the BJP and Modi being uncharacteristically defensive while Rahul and his Congress set the agenda for the campaign, the past week has seen a reversal of sorts. Armed with suspended Congress leader Mani Shankar Aiyar’s ‘neech aadmi’ remark made against him, Modi has sought to play the one card that no one else can beat him at – that of projecting himself as the poor, humble man who struggled his way to the top while the “elite” first family of the Congress and its followers mocked him.

This put the Congress on the backfoot, albeit momentarily. With Rahul promptly shunning Aiyar’s comment and orchestrating his suspension from the party’s primary membership, the Nehru-Gandhi scion has now steered his campaign back to the original plan – asking BJP and Modi to 22 questions – symbolically one for each of the 22 consecutive years that the saffron party has ruled Gujarat.

On Saturday, amid polling in 89 of the state’s 182 constituencies, the slanging match between Rahul and Modi continued. Rahul, who took a fleeting break from the campaign to wish his mother, Congress president Sonia Gandhi on her 72nd birthday, was back in campaign mode, addressing rallies from Patan to Mehsana through the day.

Modi, possibly nervous over reports of the Congress’ revival in his home state following the party’s 22-year spell of political wilderness, too is in Gujarat, campaigning with more rigour than during those 12 years when he was the state’s chief minister, including in 2002 when the state went to polls months after Narendra Modi quietly presided over the worst communal pogrom that the state had witnessed since independence.

The Prime Minister, usually brilliant at masking his emotions, seems to be dropping ample hints of nervousness – unless of course they are, and could well be, part of his carefully engineered poll strategy. While in the run up to the 2014 General Elections that propelled the then Gujarat chief minister to the Prime Minister’s throne, Modi couldn’t stop raving about replicating his much-publicised Gujarat model of development on the rest of India, his speeches through this year’s state assembly poll campaign have largely been about how he couldn’t develop Gujarat due to the step-motherly treatment of the Congress-led UPA government. The Gujarat model has suddenly gone missing while Modi is back to criticising the Congress on the same old issues – that the Grand Old Party believes in dynasty, its leaders mock his humble beginnings, that the Congress has never done anything for Gujarat, et al – while raking up nationalist and Hindutva sentiments.

Here are some snapshots from what Modi said at his poll rallies in Gujarat on Saturday:

While BJP is talking about development and sharing our vision for Gujarat, Congress is busy abusing me. Latest to join the list is a young Congress leader who asks me who my parents are…I tell him and his party- my everything is India and 125 crore Indians. pic.twitter.com/xWrQDfcz5d

Meanwhile, Congress vice president Rahul Gandhi sought to put behind the setback caused to his party by Mani Shankar Aiyar and continued to pose pointed questions at the BJP and Modi as part of his Gujarat Mange Jawaab campaign. The Congress vice president wondered why Modi was not replying to his questions on the development of Gujarat and why talk of the Gujarat model of development had suddenly vanished from the Prime Minister’s speeches.

Here’s a glimpse of what Rahul said at his rallies in Gujarat on Saturday: