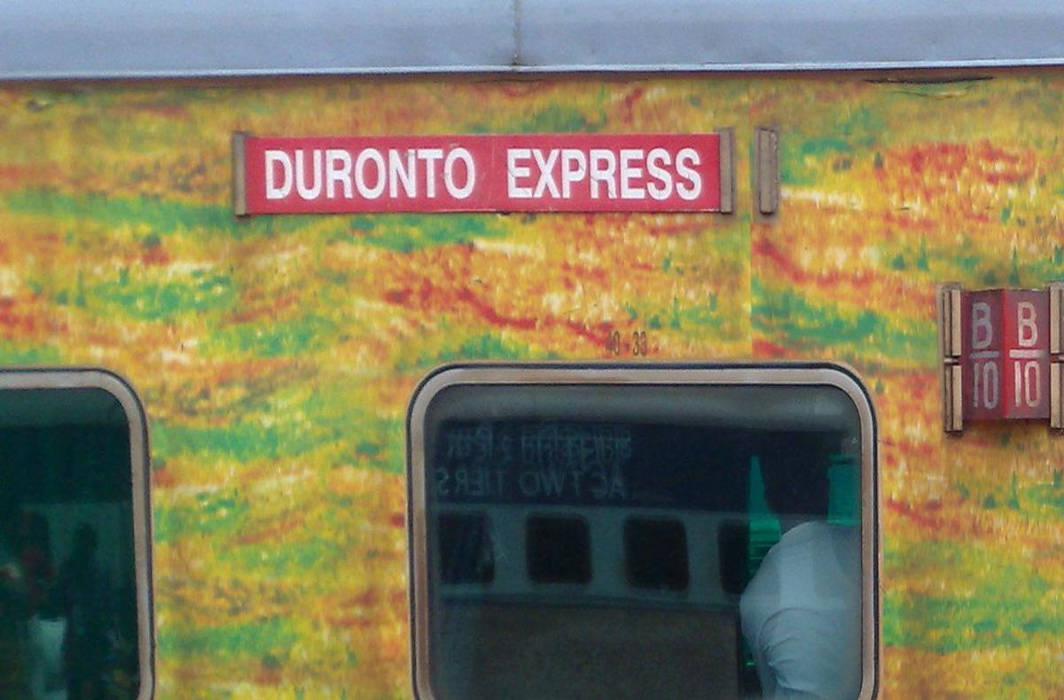 Two AC coaches of the Jammu-Delhi Duronto Express were plundered in the national capital on Thursday (Jan 17). It lasted for 15 minutes and left the passengers shocked.

The robbers looted all the expensive items from the passengers-cash, jewellery, ATM cards and even sunglasses.

The incident was first reported by Ashwani Kumar, who was travelling on the train from Jammu to Delhi. He lodged a complaint through the complaints portal of the Railways.

Kumar said in his complaint, “some 7 to 10 unidentified miscreants entered coaches B3 and B7 of the train. They were carrying sharp edged knives with them. They put the knife near to the neck of passengers and asked them to handover whatever expensive items they are carrying with them.” The attack lasted just 10-15 minutes, he added.

Kumar said that the robbers took away purses, cash, carry bags, gold chain, mobiles and many more items from several passengers. “The irony is that neither staff nor security personnel were available. We tried to reach the train attendant and the TT. The attendant was not at his designated place and was sleeping somewhere else”, he said.

The train stopped due to some signal problem before arriving at the Sarai Rohila Station, according to a railway official. The RPF said that the train was not escorted by their staff. “We are gathering details from passengers, making sketches of suspects and trying to identify the gang involved,” the statement said.

According to the statements given to RPF, passengers reported loot of gold ornament, cash, mobiles and even sunglasses.

Northern Railway public relations office said that the RPF has initial leads in the case and action will be taken against culprits.