The visuals from the Nagpur Government Medical College Hospital (GMCH) showed many beds are accommodating two patients, often lying feet to face, in a packed ward. 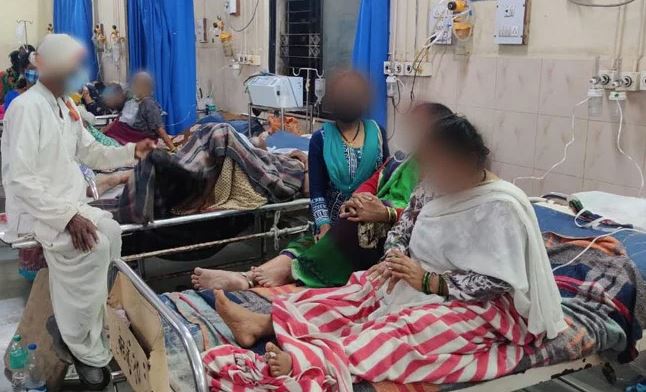 Images of two Covid-19 patients lying on the same bed in a hospital from Nagpur have raised concerns over the shortage of beds as the state fights a massive surge in Covid-19 cases.

The visuals from the Nagpur Government Medical College Hospital (GMCH) showed many beds are accommodating two patients, often lying feet to face, in a packed ward.

Officials say the crunch has worsened because people are herding to government hospitals to avoid the higher cost of Covid-19 treatment in private hospitals and doctors referring critical patients to the GMCH.

The Medical Superintendent of the hospital, Avinash Gawande said as per protocol only moderate to severe cases of coronavirus and most of the critically-ill patients being brought from outside the city are being admitted to the hospital. He claimed that the hospital authorities are increasing the number of beds and that the situation is normal now. There’s a single patient on a bed, he added.

Meanwhile, BJP leader Chandrakant Bawankule alleged that Covid-19 patients were being admitted in the same ward as patients being treated for other illnesses. He said there are three ministers in the Maharashtra government from Nagpur but none of them were bothered about the situation.