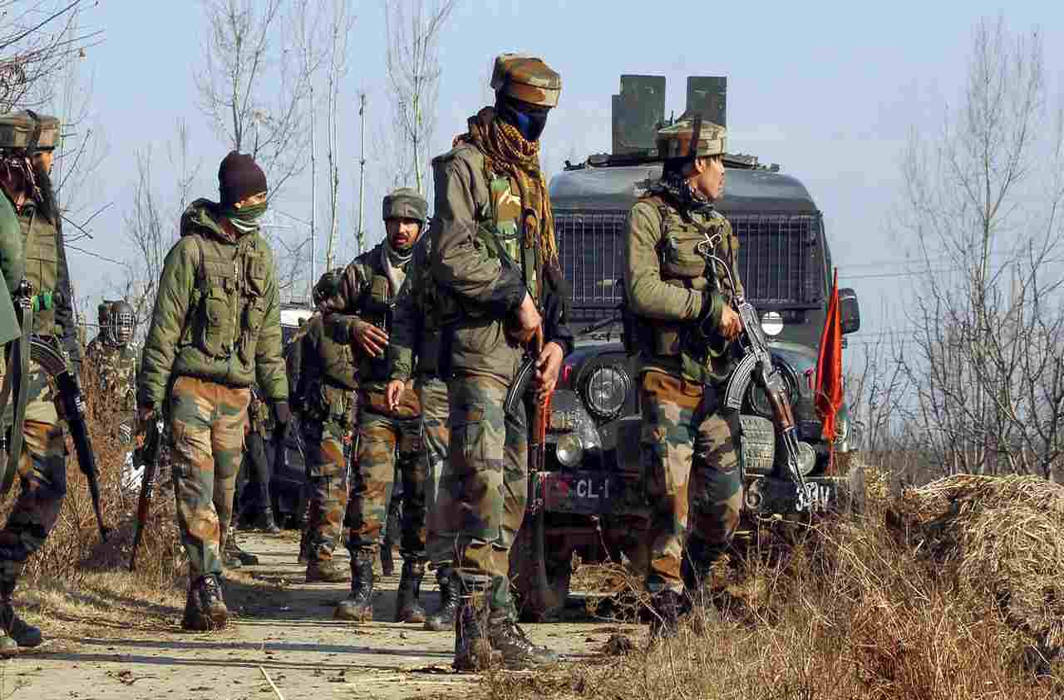 Two Jaish-e-Mohammed militants were killed in an encounter with security forces in Jammu Kashmir’s Sopore on Friday (Feb 22), police said.

Security forces launched a cardon and search operation in Warpora area of Sopore in North Kashmir, acting on specific information about the presence of militants there, police said.

Speaking over the matter, Atul Kumar Goel, DIG, North Kashmir, said, “Two top terrorists of Jaish-e-Mohammed were eliminated. There was no collateral damage and no injuries to security personnel. Identities yet to be ascertained. The public is requested not to venture into the operational area until it is sanitised.”

The firing started late last night which continued for the whole day. DIG Atul Goel told the media persons that it took time because forces had to evacuate a number of families from the area.

He further added that arms and ammunitions have been recovered from the site.

Security forces in Jammu Kashmir are on high alert following the suicide bombing in Pulwama that claimed the lives of 40 CRPF soldiers.