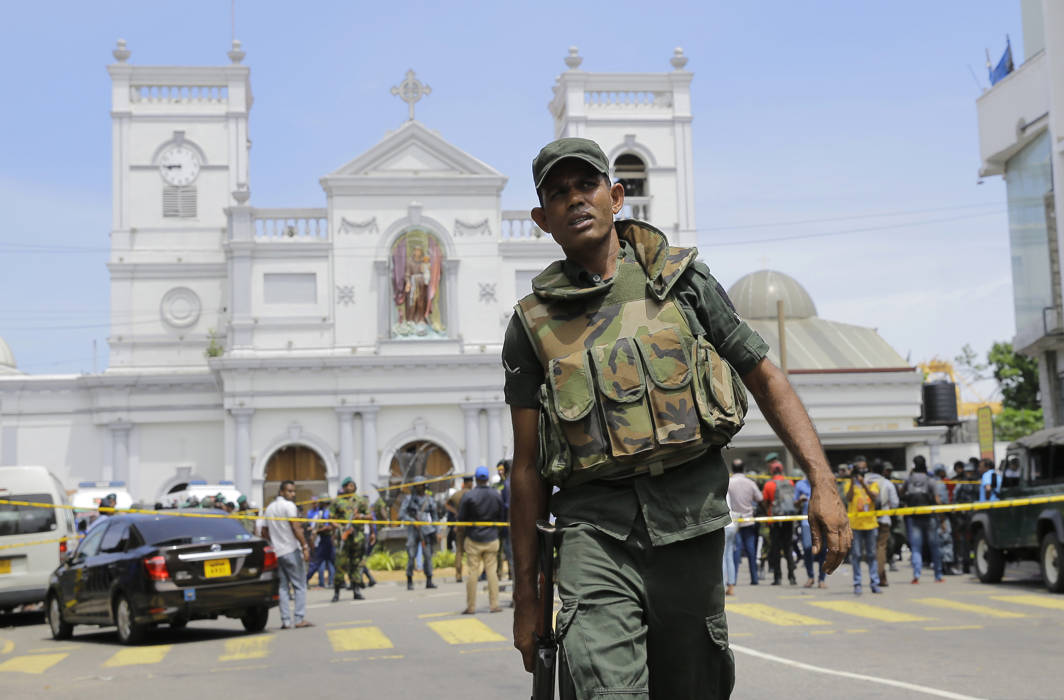 Over 290 people were killed and 500 injured in a series of eight blasts at churches, luxury hotels and other sites on Easter Sunday in Sri Lanka.

The fatal attack left around 290 people dead and wounded hundreds in island nation’s deadliest violence since a devastating civil war in the South Asian island nation ended a decade ago.

According to reports, 13 people have been arrested so far in connection to Sunday’s blasts. Sri Lanka defense minister Ruwan Wijewardena described the blasts as a terrorist attack by religious extremists, and police said 13 suspects were arrested, though there was no immediate claim of responsibility. Wijewardena said most of the bombings were believed to have been suicide attacks.

A police source told AFP that a “homemade” pipe bomb had been found late Sunday on a road leading towards the main terminal, which remains open with heavy security after Easter Sunday’s deadly bomb attacks.

Chairman of Sri Lanka Tourism Kishu Gomes said 33 foreign nationals died in the attacks. Director of the National Hospital Dr Anil Jasinghe identified 12 of the 33 foreign nationals, which include three Indians, two Chinese and one each from Poland, Denmark, Japan, Pakistan, America, Morocco, and Bangladesh.

External Affairs Minister Sushma Swaraj, in a series of tweets, identified the three Indians as Lakshmi, Narayan Chandrashekhar and Ramesh.

“Indian High Commission in Colombo has conveyed that National Hospital has informed them about the death of three Indian nationals,” she said in a tweet. Around 500 people, including Indians, were injured in the attacks.