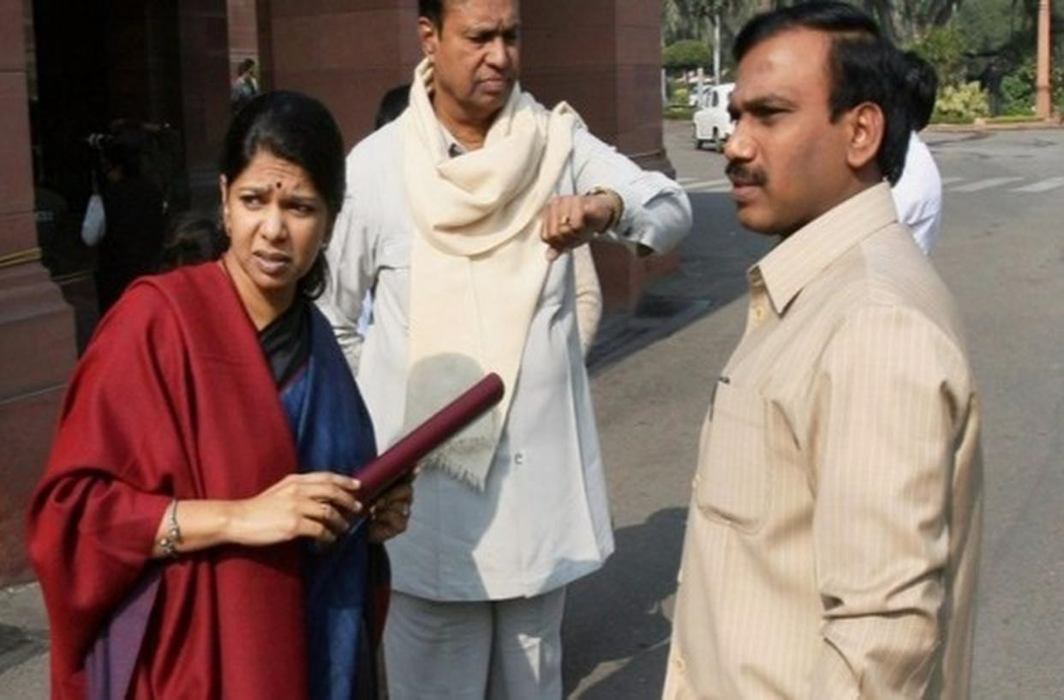 The acquittal of every single accused in 2G scam raised the obvious question: was there a scam at all in the first place, or was it an issue raked up by the then opposition – the BJP – merely for political purposes?

There is no question that the controversy over the 2G scam – and the various others that followed, including the CWG (Commonwealth Games) scam and coal scam that followed – gave a huge boost to the BJP, forced the sacking of its ministers, landed them in jail, paralysed the Congress-led UPA government, wiped out public trust in it and built up a surge of public resentment that fuelled an anti-corruption movement and culminated in the ascendancy of BJP under Narendra Modi to power.

Then a few days earlier, while convicting former coal secretary and Jharkhand chief secretary in a case related to coal scam, the court ruled that former prime minister Dr Manmohan Singh had been misled by the officers, practically clearing him of any responsibility. Meaning, the allegations against the ex-PM were false.

Now the special court set up by the Supreme Court to try the 2G scam case has acquitted all accused in the case, saying that the prosecution has not proved the charges against the accused in any of the cases. The issue relates to alleged irregularities in allocation of spectrum by the UPA government in 2008. The controversy blew up in 2009 and the first arrest was made in 2011 by the CBI.

On Thursday, Dec 21, pronouncing his order, special judge OP Saini said, “I have no hesitation in holding that record is not sufficient and the prosecution has miserably failed in proving charges. All accused are acquitted.”

The court has directed all acquitted persons to file a personal bail bond of Rs 5 lakh each to ensure their presence during appeal. CBI has been given 60 days to file an appeal.

In 2008, during A Raja’s tenure as telecom minister, 2G licenses were awarded on a first-come-first-served basis to new entrants and CDMA operators migrating to GSM technology, at the same price as in a spectrum allocation held seven years earlier.

A report submitted by the Comptroller and Auditor General of India (CAG), said that 2G licences had been issued to telecom operators at throwaway prices, causing a loss of Rs 1.76 lakh crore to the exchequer. Licences had been issued to applicants who had suppressed facts, disclosed incomplete information, submitted fictitious documents and used fraudulent means, the report said.

On 2 February 2012, the apex court cancelled 122 telecom licenses and spectrum allocated to nine companies in January 2008, holding that the process of allocation was flawed. The court directed that the spectrum or any natural resource must be auctioned.

The apex court verdict set the stage for an investigation and trial to prosecute those involved. The CBI had started investigation into alleged irregularities in spectrum allocation in 2009. In its chargesheet filed in April 2011 against Raja and others, CBI had alleged that there was a loss of Rs 30,984 crore to the exchequer in allocation of 122 licences for 2G spectrum which were scrapped by the Supreme Court on February 2, 2012.

The prosecution could not prove its charges against any of the accused in a case that rocked the country, toppled a government and was ranked by Time magazine as the second biggest instance of abuse of power in the world, after Watergate scandal. The then Comptroller and Auditor General (CAG) of the country had said it had caused a notional loss of a phenomenal Rs.1.76 lakh crore to the public exchequer.

The case had put Congress and the DMK on the defensive and, as luck would have it, the verdict came on a day when Tamil Nadu sees a crucial by-poll being held in RK Nagar, late Chief Minister J Jayalalithaa’s constituency. DMK’s Marudhu Ganesh is contesting in the by-poll.

As big as the alleged scam, and perhaps bigger in implications, was the politics based on it. The Congress was jubilant.

Former PM Manmohan Singh says, ‘the court judgement has to be respected. I’m glad that the court has pronounced that the massive propaganda against UPA was without any foundation.’

#WATCH: Former PM Manmohan Singh says, 'the court judgement has to be respected. I'm glad that the court has pronounced that the massive propaganda against UPA was without any foundation.' #2GScamVerdict pic.twitter.com/9WAhwjekph

Congress leader and former minister in UPA government Kapil Sibal said, “It was a scam of lies… Vinod Rai (the then CAG) should apologise.”

“It’s most unfortunate that an atmosphere of suspicion was created and Opposition gets on the bandwagon that everything the UPA did was wrong. The telecom sector is in dire straits today, thanks to Vinod Rai and the leaders of the (then) Opposition in Lok Sabha and Rajya Sabha. Our stand has been vindicated,” he said.

Another Congress leader Manish Tewari, reacting to the 2G verdict said the former CAG Vinod Rai must apologize for an ‘imbecile’ report.

“Mr Rai, former C&G, must apologise to the nation for throwing presumptive sensational corrosive numbers into public discourse. He was author of imbecile 1.76 thousand crore loss theory that I had destroyed during my cross examination of Rai in the JPC. The court has affirmed JPC report,” Tewari said.

DMK chief M Karunanidhi, who has been staying away from public life due to health issues, felt pepped up enough to say, “Injustice will be defeated, good deeds will triumph.” “Aneedhi veezhum. Aram vellum,” wrote. Karunanidhi in Tamil soon after the verdict was pronounced.

DMK supporters distributed sweets in celebration in Coimbatore after the acquittal of all the accused in 2G scam verdict.

His daughter and DMK leader Kanimozhi told journalists: “There is no evidence against me and justice has been delivered.”

Kanimozhi said, “I was falsely dragged into this which definitely left me scared. Now with this behind me I’ll do all I can to strengthen the party and work for the people of Tamil Nadu. I owe a debt of gratitude to my family and party workers who were a pillar of support to me and stood by me during these six excruciating years. The last 6 years have been harrowing to say the least. To be falsely accused in a case for a notional loss of Rs176 thousand crores to appease the opposition that was stalling parliament, is atrocious.”

Terming it a historic verdict, DMK working president and half brother of Kanimozhi, MK Stalin said, “This was a politically motivated case. It was a well planned one and with false figures, they built up arguments. Now, we are extremely delighted that everyone has been acquitted. I have a request for the media. When this case started, you blew it up so much to make sure everyone knew about it, now please make sure this judgement too gets as much visibility.”

Reacting to the development BJP leader Subramanian Swamy tweeted: “Govt. must prove its bonafides by filing an immediate appeal in High Court.”

Dr Subramanian Swamy was among those who had approached the court seeking a probe into the role of the then Union Home Minister P Chidambaram in the case. However, his plea was quashed by the Supreme Court.

Finance Minister Arun Jaitley, who had played a key role in designing the line of attack on UPA government in the case, said, “I am sure that the investigative agencies will have a close look at it (the judgement & acquittal of accused) & decide what has to be done.”

“Each & every case of spectrum allocation was quashed by SC (in 2012) as arbitrary & unfair, the policy was quashed as unfair & intended to cause loss to GoI & the govt was directed to have a fresh policy by which an auction would take place,” said an ANI tweet quoting Jaitley.

He further said, “Congress leaders are treating this judgement as some kind of a badge of honor & a certification that it was an honest policy. … This was a corrupt & dishonest policy, which has already been upheld by the Supreme Court in 2012,” said the ANI quoting Arun Jaitley.