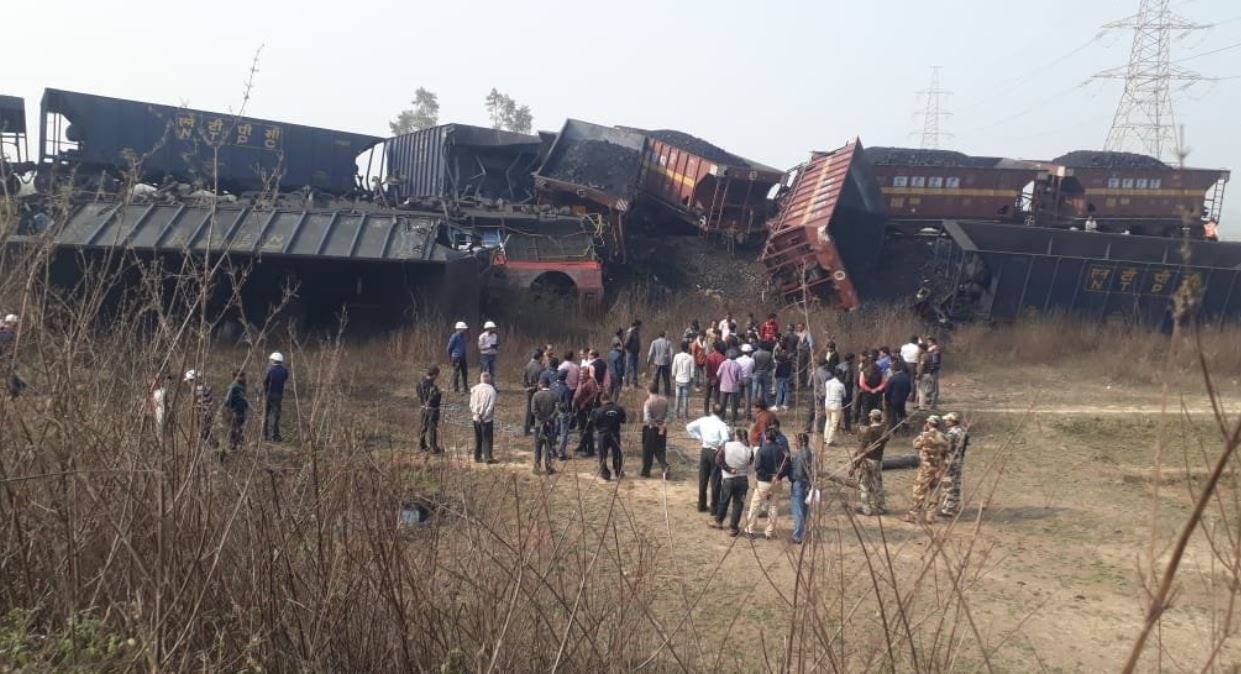 At least three people were killed after two cargo trains collided in Madhya Pradesh on Sunday morning. Loco pilot and assistant loco pilot were among the dead.

Both the trains were from the National Thermal Power Corporation (NTPC) and collided head-on at Madhya Pradesh’s Singrauli at around 5 am.

One of the trains was carrying coal for the NTPC plant at Uttar Pradesh’s Rihand Nagar, while the other was returning empty.

Coaches overturned as cranes reached the accident spot with cops and NTPC officials monitoring the rescue operations amid huge crowd and chaos.

Policemen, officials of the Central Industrial Security Force and district administration were rushed to the site after the collision.

The trains collided after they were reportedly allowed to run on the same track.