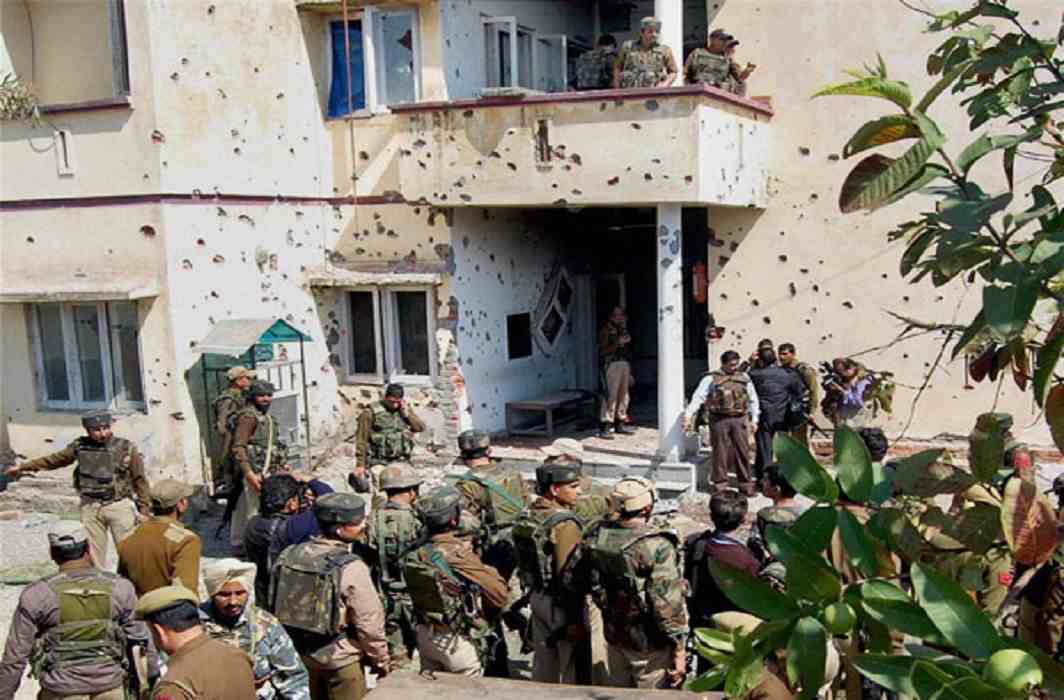 Terrorists are still holed up in the police compound, however, there is no hostage-like situation

Two CRPF jawans and one Jammu and Kashmir policeman were killed and several other personnel injured in a terror attack at the district police lines in south Kashmir’s Pulwama district in the early hours of Saturday.

In what appears to be a fidayeen attack (suicide attack), atleast three heavily-armed attackers forced their entry into the compound which houses hundreds of personnel of Jammu and Kashmir police and CRPF.

A CRPF spokesperson confirmed that two jawans – one head constable and a constable – succumbed to their injuries. Reportedly, one policeman belonging to the Qazigund area of south Kashmir was also killed in the attack.

According to officials, the militants are still inside the compound and a fierce gun battle is going on. Meanwhile, policemen are also being evacuated from the buildings close to the encounter site, to enable the forces to launch a flush out operation.

“We are evacuating people. Both CRPF and Jammu and Kashmir (personnel) are stationed in police lines,” said Munir Ahmad Khan, Inspector General of Police.

Pulwama along with other areas of south Kashmir has witnessed an increased number of encounters between security forces and militants. In the past few months, several top militant commanders have been eliminated in these encounters.