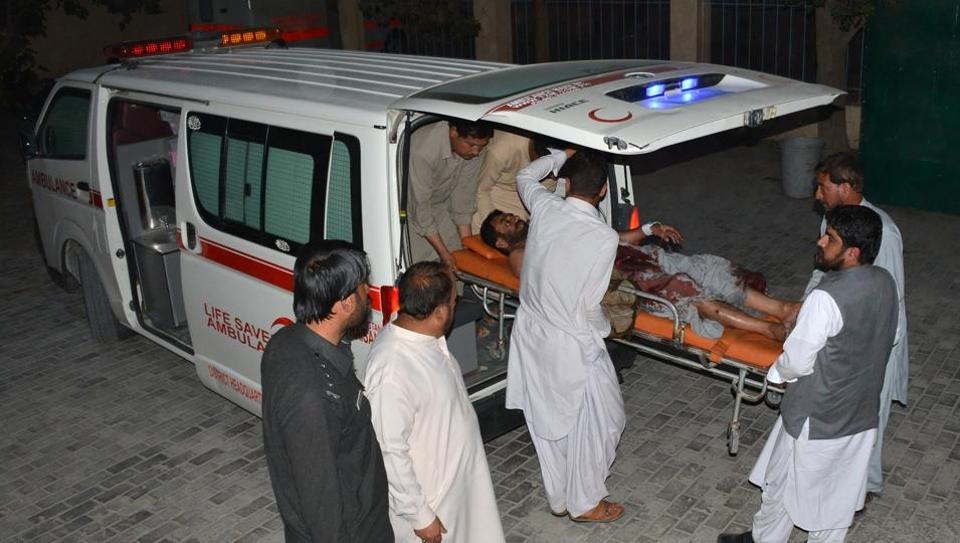 Two grenade blasts have rocked Pakistan’s restive south-western province of Baluchistan, injuring at least 38 people, police said. The twin blasts took place within minutes of each other in the Mastung and Gwadar districts on Thursday evening.

There was no claim of responsibility for the attacks but police said they suspected the involvement of Baloch separatist responsible for a long-running insurgency in the gas-rich southwestern province.

According to senior police officials, around 12 people were injured, three of them seriously, when two men on a motorcycle wearing helmets threw a hand grenade at a crowd in the Sultan Shaheed area in Mastung town. The injured were shifted to a hospital while three were moved to Quetta as their condition was serious, local police official Gulab Khan said.

Moments later, the second attack took place when two men on a motorcycle threw a hand grenade at Al-Zubair hotel outside a mobile market in Safar Khan area of the port town of Gwadar. “At least 26 people were injured in the blast,” police official Ayaz Baluch was quoted as saying by Dawn News. He said the injured included 15 labourers from Sindh and 11 from Punjab who had gathered after work to have tea.

Chief Minister of Baluchistan, Sanaullah Zehri has condemned the incidents and asked the authorities to submit a report on the blasts.

The attacks have come, a day after a suspected suicide bomber hit a police truck in Quetta, Baluchistan’s capital, killing seven policemen and a civilian and injuring 22 others. The attacks are likely to raise concern about security for the Pakistani section of China’s Belt and Road Initiative. The China-Pakistan Economic Corridor (CPEC), which India has objected to since it passes through Pakistan-occupied Kashmir, is based around Gwadar port.

Separatists in Baluchistan, who are opposed to the unfair exploitation of the province’s abundant resources, have targeted energy and infrastructure projects, including Gwadar port in the past too. Security officials have said militants trying to disrupt the CPEC have killed more than 50 workers since 2014.