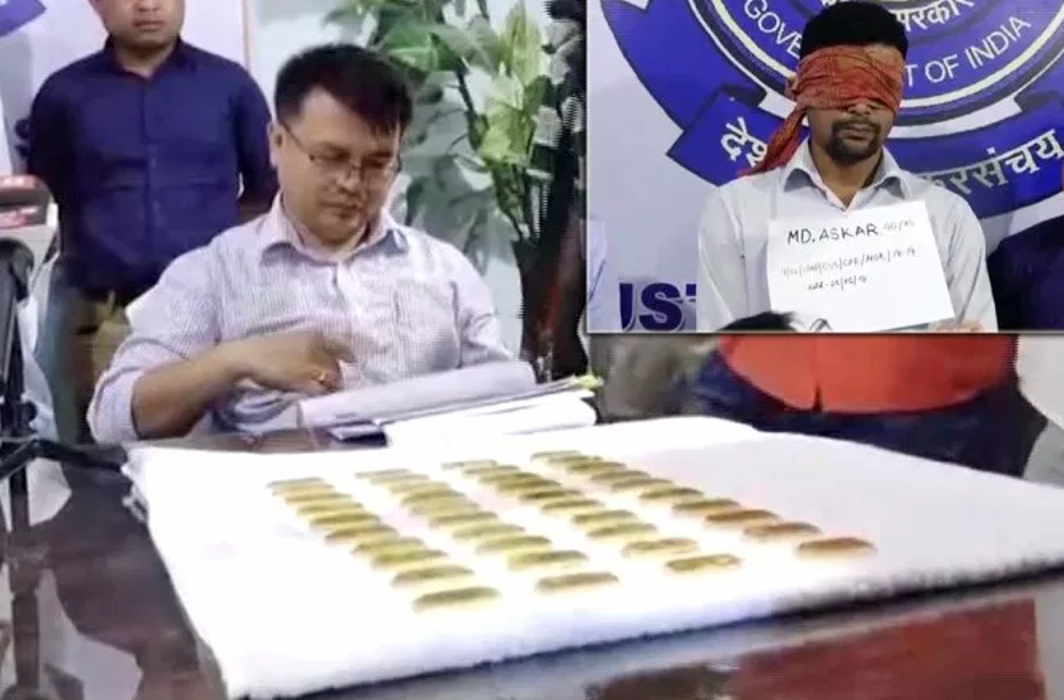 Gold biscuits worth Rs 3 crore, were seized in two separate incidents in the border area of Manipur on Tuesday and two smugglers arrested, police officials said.

At least 27.5 kg of gold worth more than Rs. 8 crores have been seized by the Customs in Manipur since April, said the Assistant Commissioner, Customs, R.K. Dorendrajit, IANS reported.

Darendrajit told reporters in Imphal that acting on a tip-off Customs sleuths seized the gold biscuits which were hidden in a “specially built cavity” of a truck from Khudengtabi area in Tengnoupal district yesterday.

40 gold biscuits, weighing 6.64 kg and valued at Rs 2 crore, were seized near the border town Moreh (a town located on the India-Myanmar border in the Tengnoupal district) and the smuggler arrested, a Customs Department official said.

In the second incident, troopers of 12 Assam Rifles manning the checkpoint at Khudengthabi arrested another gold smuggler, identified as Mohammad Jallanuddin of Lilong in Thoubal district, who was transporting 3.316 kg of gold inside the fuel tank of a van.

The police official said that they had received intelligence inputs about the movements of some smugglers and laid traps at Khudengthabi near Moreh.

26.5 kg of contraband gold, worth Rs 8.32 crore since have been seized since January according to reports.