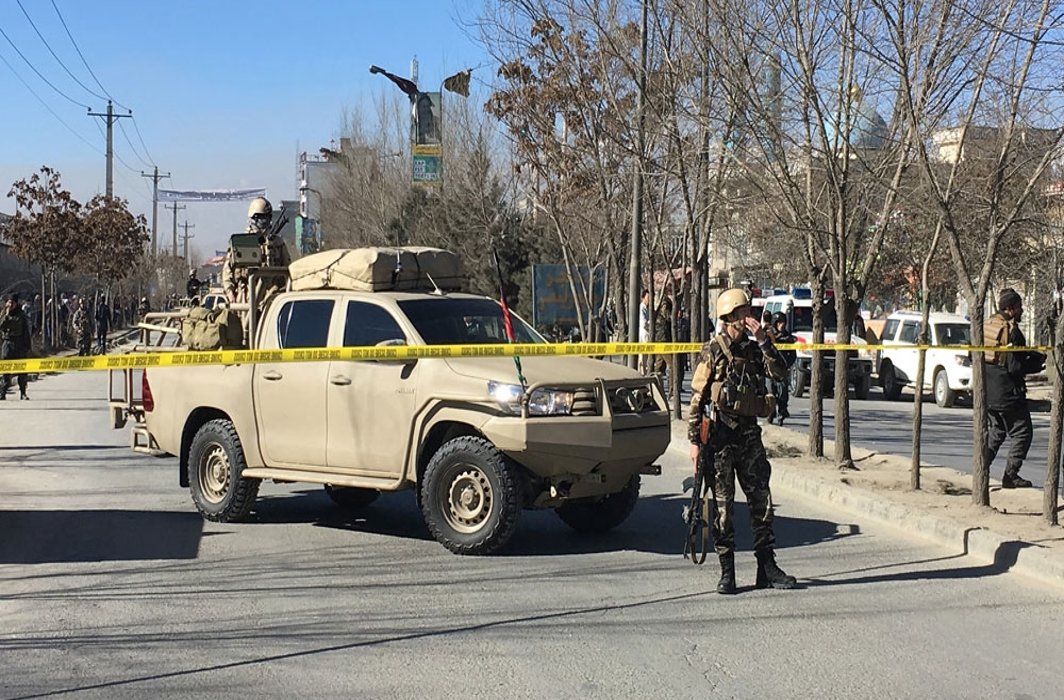 Daesh (IS) claims responsibility for the attack

Afghanistan President Ashraf Ghani has strongly condemned the deadly suicide bombing in Kabul on Thursday killing at least 40 people and injuring another 30 and has ordered a thorough probe into the incident.

According to Reuters, Nasrat Rahimi, a deputy spokesman for the Interior Ministry said that two blasts after the suicide bombing within the Tebyan center, run by Shia community, were caused by improvised explosive devices inflicting relatively few casualties.

According to Sadiq Muradi, Kabul’s deputy police chief, one suicide bomber managed to enter the Shiite facility during a group discussion and detonated his explosive vest. Women and children were among the dead.

Afghan Voice Agency (AVA) journalist Sayed Abbas Hussaini told Reuters that one reporter had been killed and another wounded. Witnesses have reported that at least two other explosions were followed, including one at the entrance of AVA.

The attack took place at around 10:30 a.m. targeting the centre situated in Police District 6 in Kabul.

The reports say that the deadly attack was carried out by at least two suicide bombers against Shia cultural centre and AVA news agency in Pul-e-Sokhta locality in the capital.

The Taliban denied responsibility for the attack in a statement to the media released by the group’s spokesman, Zabiullah Mojahid.

However, New York Times reports that Daesh (IS) has claimed responsibility for the attack. Earlier IS loyalists have singled out Shia minority for the attack and the group claimed to be behind a similar attack last month.

The Presidential Palace has also issued a statement via Twitter and said: “Terrorist groups and their backers must know that the Afghan people are united and stand firm to any plot carried out by their enemies; these heinous attacks will not break the resolve of the Afghan people.”

The Presidential Palace further said: “The Afghan government reiterates that it is firmly committed to dismantle and eliminate terrorism; the Afghan Security Forces are in the front lines to safeguard their country and people.”