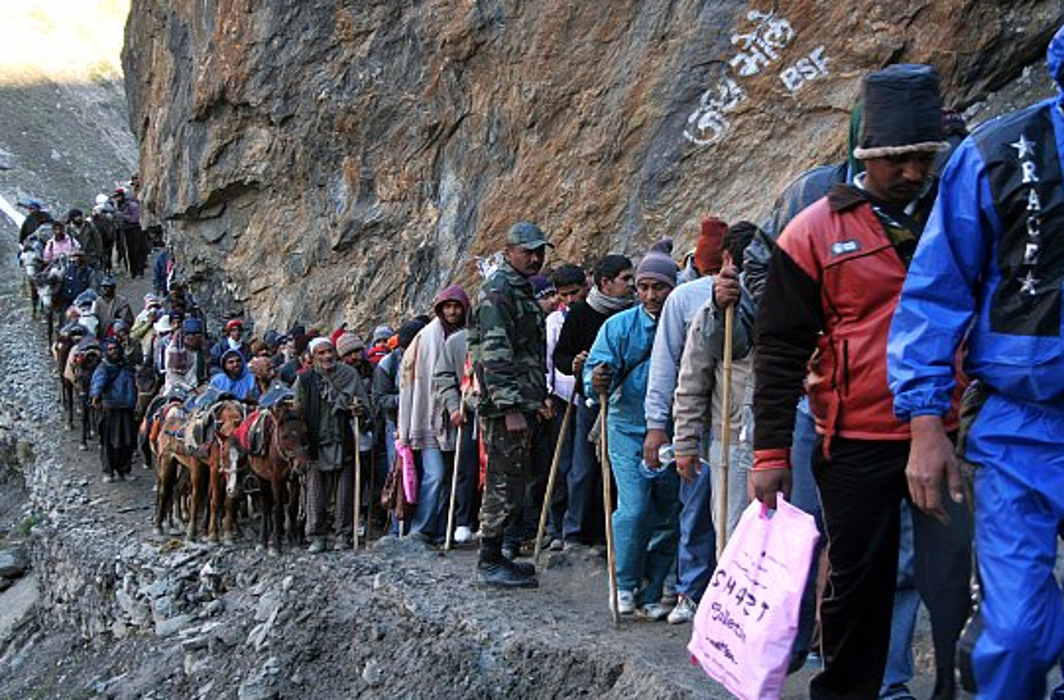 Five people were killed and three others injured in a landslide on the Baltal route of the Amarnath Yatra in Ganderbal district of Jammu and Kashmir on Tuesday night, PTI reported.

A police official said, “A landslide hit between Railpatri and Brarimarg on the Baltal route. Five people, four men, and a woman were killed, while three others were injured. Rescue teams were rushed to the spot, reported ANI.

The official said the identities of the deceased and the injured were yet to be ascertained and the bodies were being brought to the Base Camp Hospital Baltal.

Jammu and Kashmir Police tweeted that the medical team was alert and National Disaster Response Force (NDRF), MRT, and Indo-Tibetan Border Police (ITBP) personnel were engaged in the rescue operations.

Security measures have been taken keeping in mind the ceasefire violations and various other terrorist activities in Jammu and Kashmir. Police and other security forces and rescue agencies were on the job, the official said, adding medical response teams were fully alert.

Former Jammu and Kashmir Chief Minister Omar Abdullah took to Twitter saying, “Tragic news of the deaths of Amarnath pilgrims due to a landslide.”

Earlier, a minor flash flood hit the car parking of the Baltal base camp, but there were no casualties. “A minor flash flood at Baltal (in central Kashmir’s Ganderbal district) car parking. Men & machinery on the job for dredging and creating additional flood channels. Camp area absolutely safe. Irrigation & Flood control Deptt (department) machinery alert. Small vehicles being shifted to a Truck yard at Sonmarg,” the police said on Twitter.

The 60-day pilgrimage Yatra which began commenced on June 28 will end on August 26. The Amarnath cave shrine is situated in a narrow gorge at the farther end of Lidder valley in south Kashmir.  So far, 1.5 lakh people have registered for undertaking the arduous pilgrimage. A total of 2.60 lakh pilgrims offered prayers at the shrine last year.