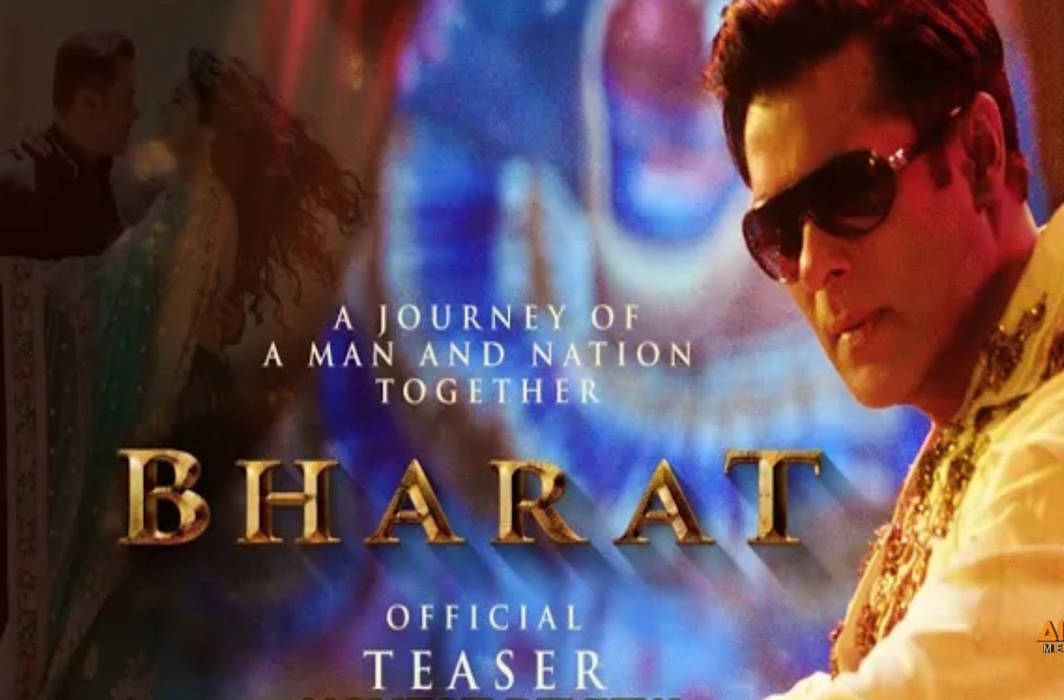 The teaser of Salman Khan’s much awaited and most anticipated movie is finally out for his fans and movie-lovers.

Salman can be seen in various looks in the Ali Abbas Zafar directorial.

In the one-and-a-half minute teaser we saw Salman Khan as a daredevil motorcyclist performing exhilarating stunts, a Navy officer and an ageing boxer (trained by Sunil Grover). The teaser starts with the visuals of an overcrowded train at a railway station in Pakistan alluding to the heart-wrenching pictures from the Partition of India, which we have seen growing up.

In the voiceover, Salman Khan says that he was named Bharat, after his country, by his father. Therefore, he doesn’t give importance to questions about his cast, creed and religion.

In the teaser, the filmmakers describe Bharat as the “journey of a man and a nation together.”That’s why he will play different characters in a single film.

Apart from Salman khan the movie also stars Disha Patani, Katrina Kaif, Tabu, Jackie Shroff and Aasif Shaikh. The film is based on Korean War drama An Ode To My Father, the rights of which were bought by Salman’s brother-in-law Atul Agnihotri.

The movie is scheduled to hit the theatres on Eid 2019.

Why did Palak Tiwari hide her face on being spotted with Ibrahim Ali Khan? Fans curious