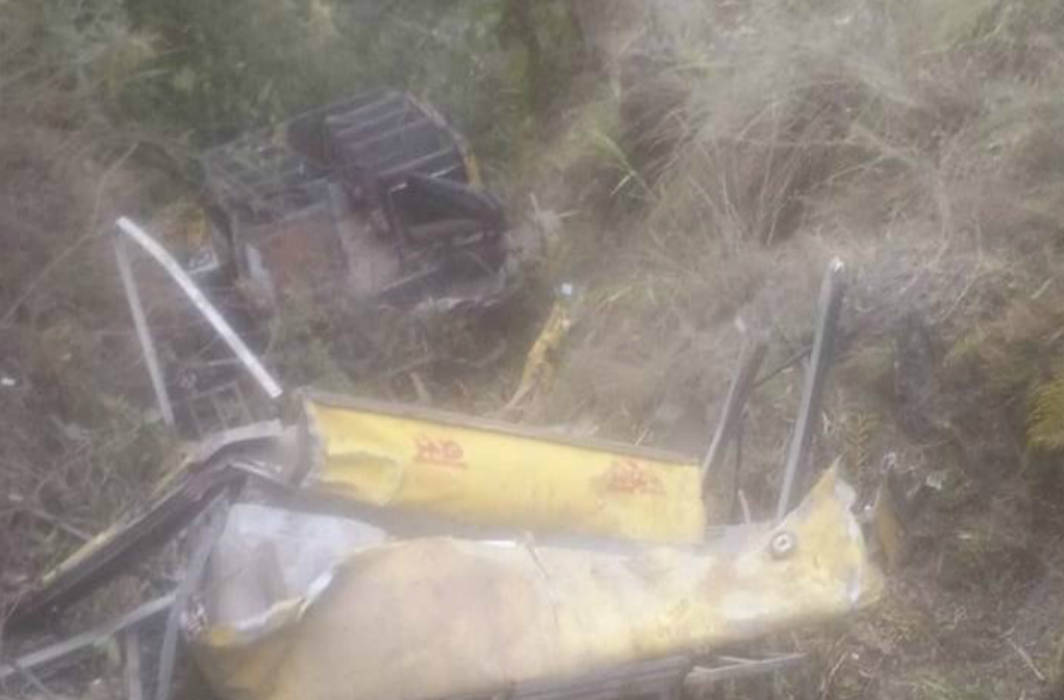 Seven people, including six children, were killed on Saturday (Jan 5) when a private school bus rolled down a gorge in Himachal Pradesh‘s Sirmaur district, police said.

As per the reports received at the state headquarters, the bus of Aadarsh Vidya Niketan School, carrying 18 children, skidded off the road near Khadkoli on Dadahu-Sangrah Road at around 8 am.

Three students and the bus driver died on the spot, another three children were reported brought dead at Nahan Civil Hospital, officials said.

“Abhishek, his sister Sanjana and Naitik Chauhan succumbed to their injuries on their way to Nahan Medical College,” the SP said.

Five seriously injured children have been referred to PGIMER, Chandigarh whereas seven are getting treatment at Nahan Hospital.

The DC asked Sub-divisional Magistrate, Sangrah,Rajesh Dhiman to hold a detailed inquiry into the accident and submit a report within fifteen days, a district spokesperson said.

Meanwhile, the district administration provided immediate relief of Rs 20,000 each to the family members of the deceased and Rs 10,000 to the injured.

Besides, the deputy commissioner also provided Rs 50,000 from the Red Cross Fund to the injured, who have been referred to PGIMER, Chandigarh.

Governor Acharya Devvrat and Chief Minister Jai Ram Thakur have expressed deep grief over the tragedy, an official state spokesperson said. Wishing speedy recovery to the injured children, Devvrat and Thakur prayed for the souls of the deceased and strength to the bereaved family members.

Speaker of HP Vidhan Sabha Rajiv Bindal along with the DC immediately rushed to the hospital to meet the injured children and made arrangements for the immediate shifting of the seriously injured.