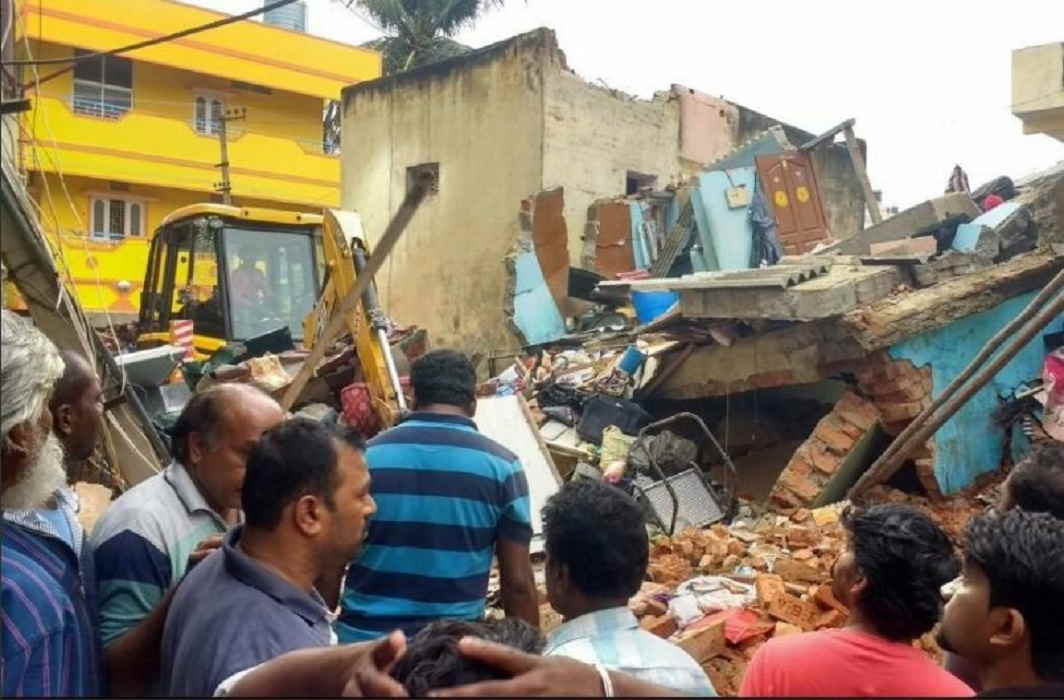 Karnataka government has announced a compensation of Rs 5 lakh to the kin of the deceased and Rs 50,000 to the injured.

A suspected cylinder blast in Ejipura in Bengaluru on Monday brought down a three-storey building killing at least six people, the police said. The rescue operation is still underway as some residents are still believed to be trapped under the debris.

#UPDATE Bengaluru: 4 houses collapsed partially in Ejipura Area due to cylinder blast; 3 dead, many still feared to be trapped under debris. pic.twitter.com/U0thqCWxJt

According to eye-witnesses, the blast took place at around 7 am leading to the partial collapse of the residential building.

Karnataka government has announced a compensation of Rs 5 lakh to the kin of the deceased and Rs 50,000 to the injured. Bengaluru development minister KJ George also announced that the state government will adopt the girl whose parents died in the collapse.

“Two families were residing in the ground floor while one was on the first floor. Kalavathi and Ravichandran were on the first floor. They died on the spot while two children sustained injuries. They are safe. In the ground floor, members of two families might have been trapped,” Karnataka home minister Ramalinga Reddy said after visiting the site.

The rescue operation is reportedly being carried out by at least 40 firefighters and NDRF personnel. Three of them were injured during the operation and were shifted to the nearby hospital.

Ejipura is one of the most congested areas of Bengaluru with narrow bylanes and illegal buildings dotting alongside roads. The locality had witnessed a similar cylinder blast on August 13.