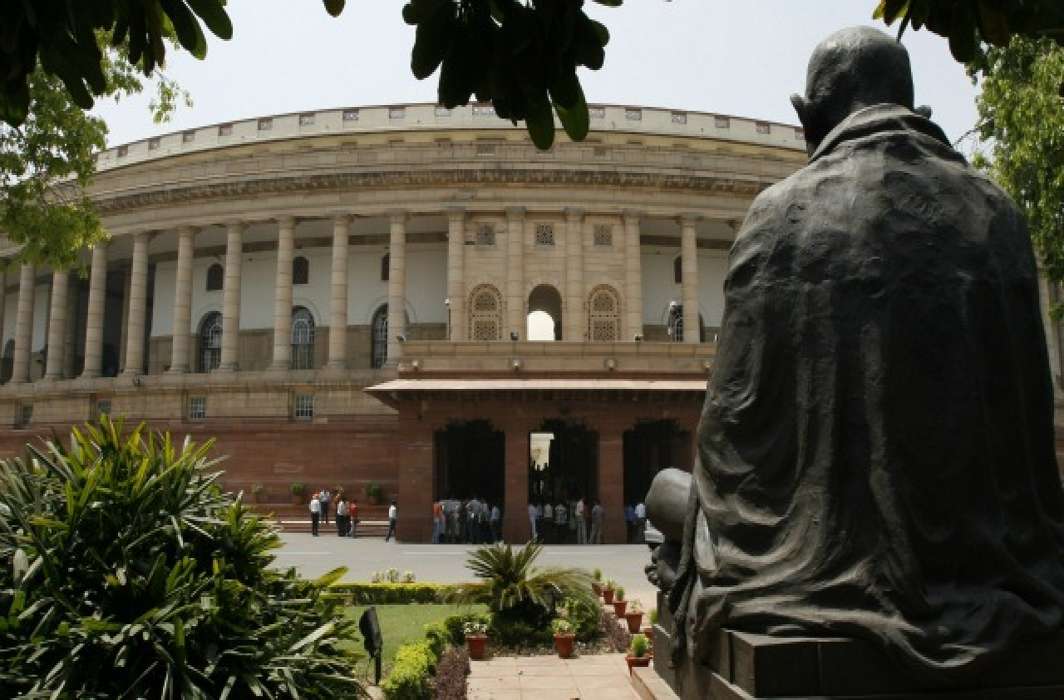 The Congress today walked out of the Lok Sabha over the issue of the electoral bonds scheme. Congress had given Adjournment Motion Notice in the Lok Sabha alleging that the scheme resulted in money laundering and lack of transparency in the funding of political parties.

The Congress MPs jumped into the well of the House and raised slogans during Question Hour, prompting Speaker Om Birla to intervene. The Speaker requested the opposition MPs to maintain the dignity of the House.

“It is our duty to maintain the dignity of the House. Please do not come to the well of the house. I have always given all a chance for debate and discussion,” Birla told the protesting members who came near the Speaker’s podium.

The protestors returned to their seats after getting assurance from the Speaker that the issue will be discussed during the Zero hour.

The protest escalated in both the houses of Parliament today over electoral bonds and privatisation of public sector units (PSUs). Senior congress leader Manish Tewari in his address made a reference to the Prime Minister’s Office, the speaker cut his microphone and moved on to another member to raise the issue. At this point, Sonia Gandhi got up from her seat and staged a walkout with the fellow Congress MPs in the House.

Rajya Sabha was also adjourned till noon. Rajya Sabha Congress leaders had filed adjournment notice to the Chairman to discuss electoral bonds with reference to the Reserve Bank of India (RBI).

Rajya Sabha Chairman Venkaiah Naidu said there are already other issues of priority which are scheduled and the said issue did not warrant suspension of the scheduled items. The unrelenting Congress MPs continued to register their dissent, on which the Chairperson decided to adjourn the House.

The Congress on Wednesday demanded that the government must disclose the identity of all donors and inform the House regarding the names of the donors and other information pertaining to the donations received by all the political parties.

The government last year had notified the Electoral Bond Scheme 2018 which was touted as an alternative to cash donations and to ensure transparency in political funding.  The scheme provides that the bonds may be purchased by an Indian citizen or a company incorporated or established in India. Only political parties registered under Section 29A of the Representation of the Peoples Act, 1951 and has secured no less than one per cent votes in the last Lok Sabha elections are eligible to receive electoral bonds.

The electoral accounts are issued by the State Bank of India (SBI). The electoral bonds can be purchased anytime in the months of January, April, July and October. The donors can buy these electoral bonds which are available in denominations from Rs 1,000 to Rs 1 crore and transfer them directly into the accounts of the political party.

On February 2, 2018 the Supreme Court of India has sought a response from Union of India and the Election Commission in the petition filed by the CPI (Marxist) challenging the constitutionality of the introduction of Electoral Bonds by the Finance Act, 2017.

The Finance Act, 2017 amended four different statues, namely the Reserve Bank of India Act 1934, The Representation of Peoples Act 1951, The Income Tax Act 1961 and the Companies Act, 2013 to introduce the concept of Electoral Bonds.

The CPI (M) in its petition said that the net effect of the above provisions is that any natural or legal person, including a company owned by a foreign corporation can finance a political party in India to an unlimited extent without either the name of the donor entity or the donee political party being disclosed to anyone in the public domain.

The petition also alleges that the Electoral Bond is a ripe way to ensure that all kinds of quid-pro-quo arrangements are made by the ruling party with all kinds of entities without any public knowledge or scrutiny.

Supreme Court hearing the petition passed an interim judgment in April this year that it is mandatory for the political parties to place their collection from electoral bonds and the details thereof to the Election Commission by May 30 in a sealed envelope. The interim order also promised that the seriousness of the issue and its bearing on the very nature of our democracy warrants more in-depth examination. The court clearly stated that transparency is the basic principle of electoral funding. People have the right to know which party has received how much and from whom.

Shame on such standards of political morality of this self declared “corruption free government”. Permit cronies to loot public money then legalise rerouting sleaze money to BJP. https://t.co/2gCZW98KPN

This instrument is such that it seeks to promote cashless political donations since these bonds can be purchased either through cash or cheque. But, the big negative of this instrument is the anonymity it promises to the political parties and donors. No one knows which hands are exchanging the money at the end of the day.

The electoral bonds received criticism from across the opposition parties since its idea was flouted. The electoral bonds draws a veil over the source of money changing hands through electoral bonds, which political party received what amount of money and so on. It seems that the scheme is a cover up for facilitating the flow of unaccounted money, leaving no scope of questioning and investigation of possible illegal transactions by the Income Tax department or enforcement agencies, benefiting mainly the ruling party.

The government came up with a mechanism to protect the political parties from any impunity from illegal transactions and scrutiny, while tightening the noose around NGOs and other organizations over foreign funding. When the Modi government came to power, one of its biggest promises that it make was the issue of black money used for political funding, however, ironically, the possible implications of the instrument tell us a different story.

Before the launch of the scheme, in September 2017, the then Reserve Bank of India Governor Urijit Patel wrote to the then Finance MInister Arun Jaitley that allowing a scheme like the electoral bonds is a risky affair as it would damage the central bank irreparably and also warned him that it would undo the objectives of the demonetization.

Patel had raised several concerns about the government’s decision to allow a scheduled bank to issue currency-like instruments, thereby taking away the exclusive authority of the RBI to perform this role. “You would kindly agree that allowing any other entity other than the central bank to issue bearer bonds, which are currency like instruments, is fraught with considerable risk and unprecedented even with conditions applicable to electoral bonds,” Patel said in the letter.

“Such exception will have adverse impact on public perception about the Scheme, as also the credibility of India’s financial system in general and the central bank in particular.” Patel had also said the scheme could be misused through shell companies.

Patel had also said the scheme could be misused through shell companies. “This can subject the RBI to a serious reputational risk of facilitating money laundering transactions.”