Home Latest world news A crisis is brewing in the Middle East and Crown Prince Mohammed... 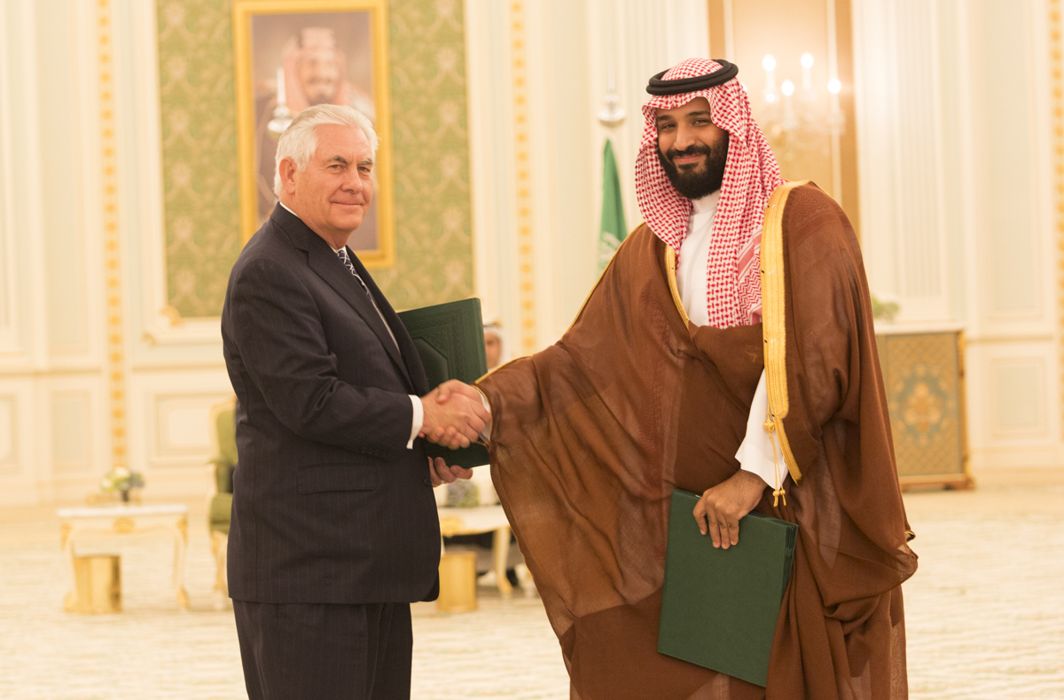 Is Saudi Arabia about to implode? Can ambitious Crown Prince Mohammed bin Salman’s audacious plans that have shaken up Saudi Arabia’s staid ruling family succeed? In the last few weeks, the House of Saud, which had for decades ruled by consensus, with one old monarch succeeded by an ageing brother, now suddenly open up to a new line when the baton is being handed over from father to son? The jury is still out on that.

But in recent weeks King Salman bin Abdulaziz al Saud Salman’s favourite son has proceeded with breath-neck speed to bring in sweeping changes in the oil rich kingdom. In the name of an anti-corruption drive, he has arrested eleven princes as well as scores of senior officials.

Prince Miteb, son of the late King Abdullah, and commander of the powerful National Guards, Saudi Arabia’s most prominent and outspoken businessman Prince Alwaled bin Talal, are all in the confines of a luxury hotel on charges of corruption. The Crown Prince is   taking down all possible rivals within the family.

Around the same time as these arrests, a helicopter crash killed Prince Mansour bin Muqrin, deputy governor of Asir province and a number of his officials. Clan and tribal loyalities run deep in the country and it is not yet clear if these large scale arrests and removal of four sitting ministers on charges of corruption would be taken lightly.

The 32-year old crown Prince, who was not in the limelight till his father became King, now yields enormous power. He is the defence minister and is in charge of major economic reforms, aimed at changing the kingdom’s reliance on oil and diversifying the economy. An ambitious plan Vision 2030 was unveiled by the Crown Prince recently. He is said to have worked out the vision with the help of top Western managers hired from across the world with huge salaries. He is also keen to list the state owned oil giant Aramco in the stock exchange.

By removing the commander of the National Guards, and placing one of his loyalists as chief, the Prince has indirectly also bought the elite force to report to him. He is the chairman too of the newly formed anti-corruption committee, which has wide reaching powers to trace funds and assets and prevent their transfers or liquidation on behalf of individuals and entities. All in all, the Crown Prince is calling the shots and virtually in charge of the kingdom. But by the arrests of powerful members of the royal family, he would have also made bitter enemies, who would be biding their time to strike back.

Anti-corruption drives are always popular among ordinary citizens. Saudi Arabia is no exception. The Crown Prince has publicly said several times that no one would be spared, not even those with royal connections. He has been as good as his word and this has been welcomed by the general public. However the question remains, is the anti corruption drive aimed at cleaning up the system or to target those who may one day challenge the Prince. Saudi Arabia has never been a transparent system and most members of the extended royal family have been conducting business in this way for generations. Saudi Arabia is not prepared for the change to transparency and accountability.

Prince Salman hopes to convert Saudi Arabia to a moderate Islamic kingdom and is taking on the powerful clergy wedded to the puritanical and austere Wahhabi school. The strict norms against music and entertainment, the segregation of men and women and other orthodox practices would be out of the window if the Prince had his way. He is popular among the young Saudis for his modern views. Religious police that enforced strict dressing for women and often abused power are no longer roaming the streets of Riyadh looking to bring offenders to book. Women are in the process of being allowed to drive. Entertainment, which also brings in the big bucks, is being encouraged by him.

The clergy plays a pivotal role in Saudi Arabia. The royal house of Saud, as custodians of the mosques at Mecca and Medina are venerated across the Sunni world and the state promotes the Wahhabi school of austere Islam. The King and clergy have so long ruled by consensus. The Crown Prince’s desire to turn the kingdom into a moderate Islamic state may in time turn them against the ruling family. But so far there are no signs of that happening as the Crown Prince has not yet ridden rough shod over clergy.

But the hot blooded Prince is not merely cracking down on perceived enemies within the kingdom. Like the rest of Sunni powers, Saudi Arabia has always regarded Shia Iran with suspicion. Since state structures in Iraq collapsed following the American invasion and the sectarian war led to blood baths across the country, Iran’s clout there has increased manifold. Saudi Arabia and the smaller Gulf countries, worried about Iran’s growing influence in the region, are out to eradicate Iran’s footprints in the region. A proxy war is on between Saudi Arabia led Sunnis and Shia Iran in Syria, Yemen, Iraq and Lebanon. There Hizbollah is backed by Iran and Saudi Arabia has already triggered a crisis by forcing prime minister Hariri to resign. Hariri announced his resignation from Saudi Arabia last week.

The Saudis have cultivated excellent ties with US President Donald Trump. Unlike Obama, Trump regards Iran as a principle enemy of the US. He is already in the process of pulling out of the landmark nuclear agreement signed between Iran, the US, France, China, UK, Russia and Germany. The new line up in West Asia is Saudi Arabia, US and Israel ranged against Iran and Russia. Bashar-al Asad of Syria is also with them. The resignation of Hariri is escalating the crisis in the region. Saudis and Israel (which is against Hezbollah in Lebanon) are bent on pushing Iran to a corner. A recent missile attack by Houthi rebels of Yemen at Riyadh International airport, is being blamed on Iran. War drums are beating in West Asia. Unless the Crown Prince is restrained, the oil rich states may soon be in turmoil. War in the region will affect oil supplies and could hit the world economy. Countries like India, that gets most of its supplies from Saudi Arabia, will be hard hit. However, though Donald Trump himself is as aggressive as the Crown Prince, saner elements within the US establishment like Secretary of State Tillerson are urging restraint.

Will the Crown Prince listen? He has had little success in the war in Yemen, or in the blockade of Qatar (for allegedly playing footsie with terror groups) spearheaded by Saudi Arabia. He would be looking to Lebanon to take on Hezbollah. Neither Iran nor the Hezbollah are pushovers, and if Saudi Arabia continues to its current disastrous ways, the region may well implode.