Home Latest Politics News A Raja writes to Manmohan: Truth about 2G out in open, you... 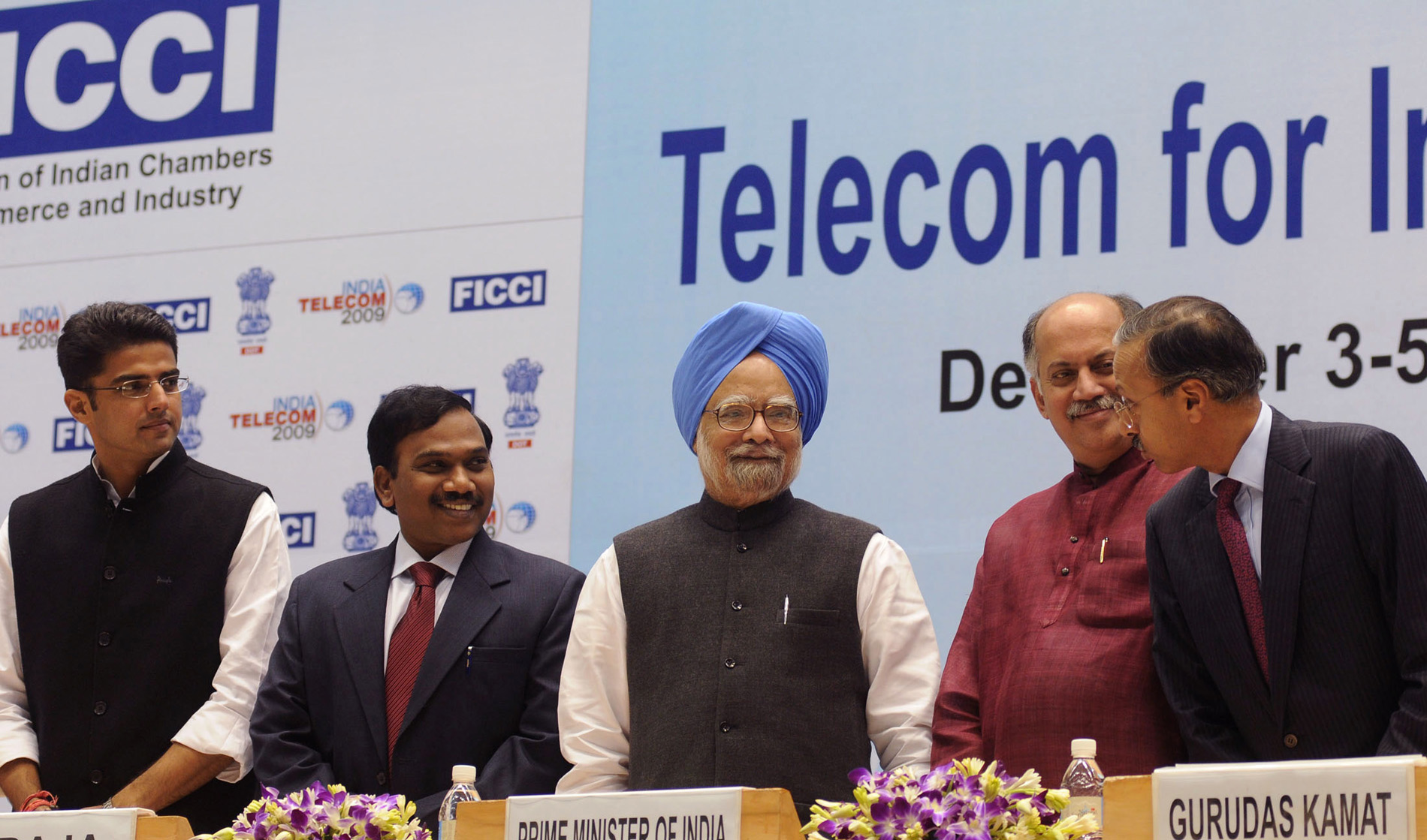 Former Prime Minister replies saying: I am very happy you stand vindicated, but says little else

Weeks after he was acquitted of all charges by a special CBI court in the infamous 2G spectrum scam case, former Union telecom minister A Raja has written to Dr Manmohan Singh in what could be seen as his way of forgiving the former Prime Minister for having dropped him from the Union Cabinet in 2010 in the midst of a deafening political uproar.

In the letter written on December 26, days after he along with DMK MP M Kanimozhi and 17 others were acquitted by the special CBI court of judge OP Saini, Raja tells Dr Singh: “A decade ago, on this very day, I wrote a letter to you on the subject of issuance of new UAS licenses and allocation of 2G spectrum. Neither of us could have imagined the twists and turns in our political and personal lives over the next 10 years.”

The letter Raja is talking about is a reference to his communication with the then Prime Minister on the issue of spectrum allocation by his ministry and his efforts at increasing India’s tele-density while reducing tariffs charged to the consumer.

Raja adds in the letters: “A few powerful individuals launched a propaganda machine, magnified a thousand times by a complicit and pliable media, and were able to mislead even the Parliament and the apex judiciary. It cost you the UPA government, and it took seven years of my life, including 15 months in jail.”

The former telecom minister then goes on to say: “You will recall that I assured you several times that I had done nothing wrong but rather acted in national interest (a point mentioned in his letter of December 26, 2007) and that I would prove this. I also understand the complications that prevented you from openly supporting me.”

Given the uproar created by the then BJP-led Opposition over the alleged Rs 1.76 lakh crore 2G scam, Dr Singh had been forced to distance himself from the decisions taken by Raja over spectrum allocation. He had gone to the extent of telling the media that he had trusted Raja to do the right thing and that as Prime Minister he could not be expected to go into every detail of what his minister was doing. Later, Dr Singh had even indicated that Raja was not his choice for a cabinet colleague but the “coalition dharma” had forced him to accept the DMK’s proposal of inducting Raja as telecom minister in the UPA-I government.

It is in this backdrop that Raja’s comments in this recent letter to Dr Singh appear as if he was now hoping to not just put the past behind him but also hopeful of the former Prime Minister finally coming out in his support openly. “Today, I stand vindicated. I hope you will acknowledge that I remained loyal and faithful to you – unlike some senior Cabinet colleagues – and ensured that you did not suffer personal embarrassment in the trial proceedings. Now that the truth about 2G is out in the open, perhaps you too could come forward in my support, which you could not earlier,” Raja concludes.

Dr Singh who has spoken little about the 2G verdict and limited his reaction to a cryptic: “the judgement speaks for itself” and that the “massive propaganda” over the scam now stands exposed, has replied to Raja in his characteristically mild-mannered way.

In a brief response he sent to Raja on January 2, Dr Singh said: “I am very happy that you stand vindicated in the 2G case. You and your family have suffered greatly in this process but all your friends are greatly relieved that truth has prevailed.”

It remains to be seen, however, whether Dr Manmohan Singh would in days to come be more vocal in his defence of Raja’s actions as telecom minister.