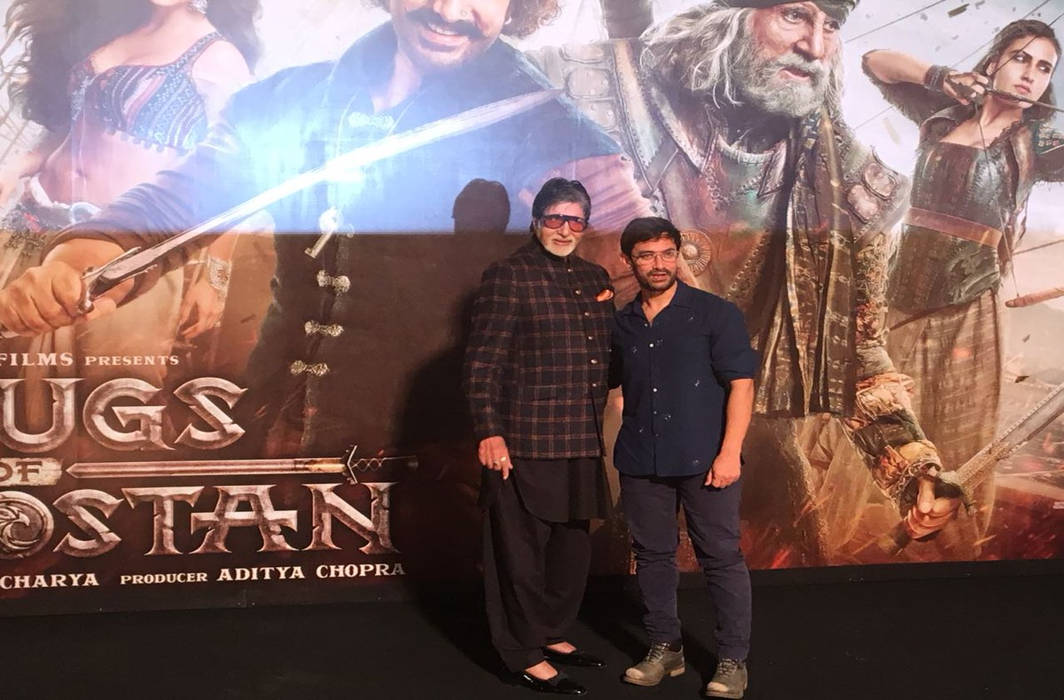 Veteran actor Aamir Khan, on Monday (November 26) talked about ‘Thugs of Hindostan’ and says he feels “very bad” that he failed to entertain the cine enthusiasts this time.

“We didn’t leave any stone unturned but somewhere we went wrong. There are some people, who liked the film, and we would like to thank them but they are in minority. Majority didn’t like and we realize this,” Aamir said at the award ceremony of Cinestaan India’s Storytellers Contest.

The actor also offered an apology to fans that went to watch his film with great expectations.

Aamir Khan said, “The audience which came with so much expectation to watch my film, I want to apologize to them also that this time I couldn’t entertain them. I am feeling very bad that we weren’t able to entertain them.”

When the star was asked to cite the reason, what exactly happened with the film? Then he said, will not discuss it publicly and added that “I am not comfortable discussing all of this publicly because I am very close to all my films. I treat them like my kids. So, even if they fail, they are mine,”

Recently, superstar Shah Rukh Khan said in an interview that some of the criticism against Thugs of Hindostan was harsh. When asked what Aamir felt about Shah Rukh’s point of view, the actor said an audience is free to express its opinion and he respects it.

“But we certainly tried our level best. And I am feeling very bad that we didn’t succeed in entertaining the audience,” he said.

Akshay Kumar, Paresh Rawal to reunite for sequel of Oh My God