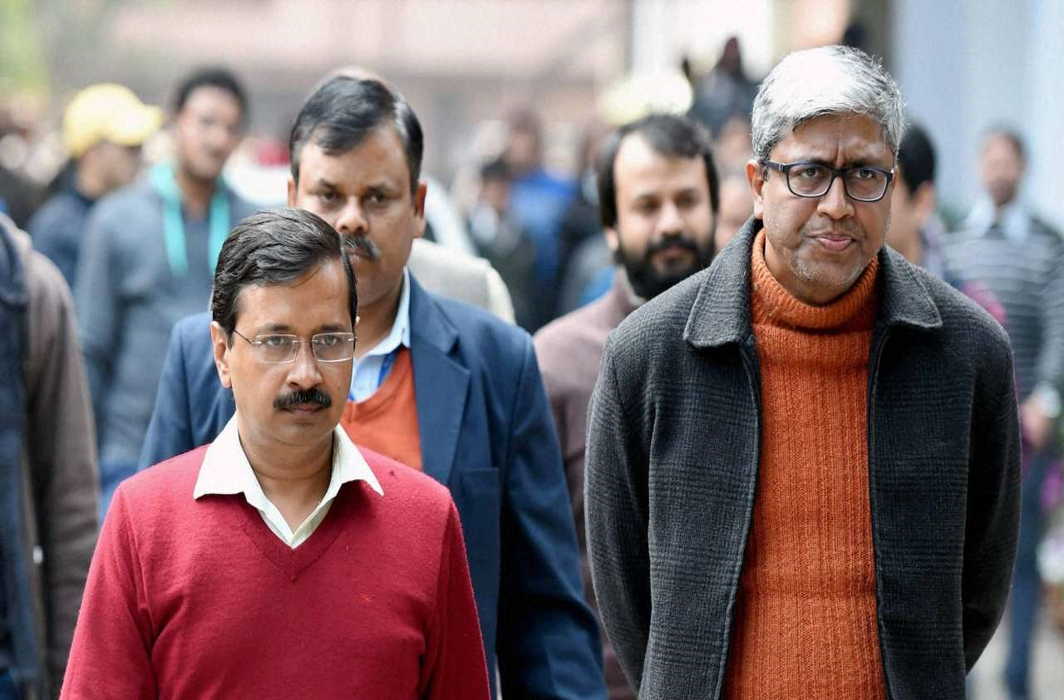 The resignation of Aam Aadmi Party (AAP) leader and former journalist Ashutosh, the latest in a long list of leaders who parted ways with the party, was rejected outright by AAP convenor and Delhi chief minister Arvind Kejriwal.

“How can we ever accept your resignation? Not in this lifetime,” Kejriwal tweeted, hours after Ashutosh announced that he was resigning from the party on Wednesday, August 15.

A second tweet said, “Sir, we all love you very much.”

In a tweet this morning, Ashutosh announced that he was leaving the party for a ‘very, very personal reason’. “Every journey has an end. My association with AAP which was beautiful/revolutionary has also an end. I have resigned from the PARTY/requested PAC to accept the same. It is purely from a very very personal reason. Thanks to party/all of them who supported me Throughout. Thanks,” he tweeted.

Ashutosh, who had a long career as a television journalist before joining politics and Anna Hazare’s India Against Corruption (IAC) movement, requested that his privacy be respected. In another tweet, he said: “To media friends. Please respect my privacy. I won’t be giving any bite of any kind. Please cooperate.”

AAP’s Rajya Sabha MP Sanjay Singh and Delhi convenor Gopal Rai told reporters that the leadership will talk to Ashutosh and urge him to reconsider his decision.

A report in NDTV quoting sources close to Ashutosh said that it was not a sudden decision. “It was a long-thought decision,” the source told NDTV. He had taken a sabbatical for the past three months as he was abroad and had reportedly told the party that he needed some time off to write a book.

In January, Kejriwal had to look within the party to fill the Rajya Sabha seats after being turned down by seven eminent professionals. There was a buzz at the time that Ashutosh was being considered for a post.

But the party’s final list – senior leader Sanjay Singh, Delhi-based businessman Sushil Gupta and chartered accountant ND Gupta – had upset several aspirants. Ashutosh had expressed unhappiness over the choice of the latter two nominees to the Rajya Sabha. Once seen as close to Delhi Chief Minister Arvind Kejriwal, he had mostly kept away from party activities since then.

Senior leader and founder member Kumar Vishwas, who had frequent run-ins with Kejriwal, quit the party days later, protesting that he was being “punished for speaking the truth.”