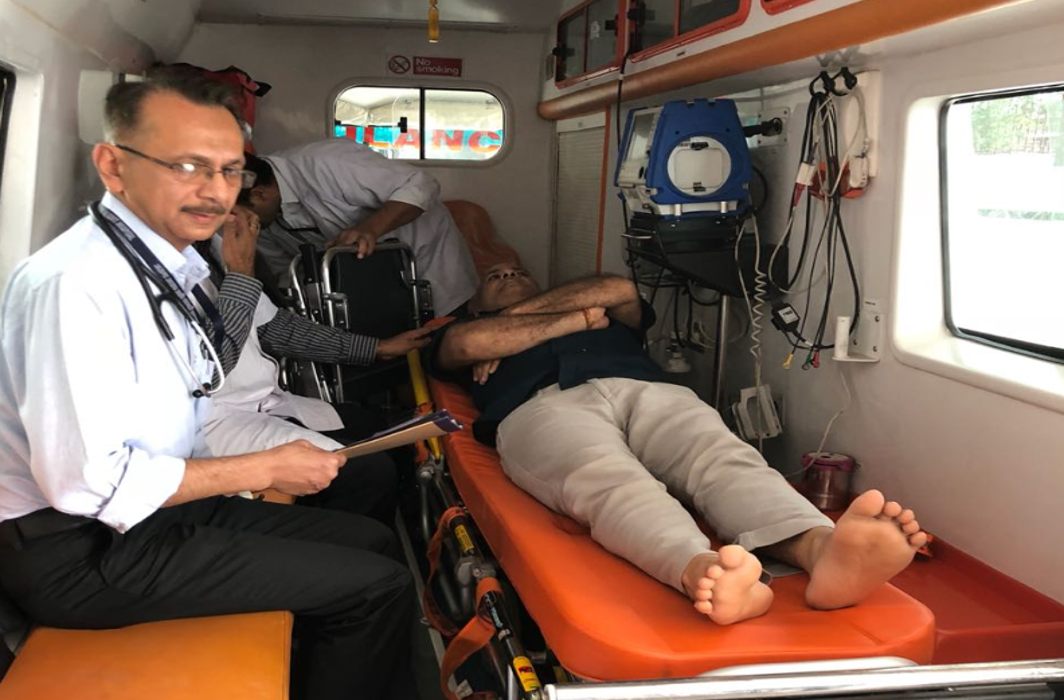 Aam Aadmi Party minister Satyendra Jain and Delhi Deputy CM Manish Sisodia, both part of the group of AAP leaders protesting an alleged strike being observed by IAS (Indian Administrative Service) officers in Delhi, have been hospitalised at Lok Nayak Jai Prakash Narayan Hospital (LNJP). The Health Minister complained of a headache, nausea, and  breathing problem, whereas  Manish Sisodia’s ketone level rose to 7.4 according to reports.

The two have been on indefinite fast while on the sit-in at LG official residence, Raj Niwas.

#Delhi Deputy CM Manish Sisodia being taken to LNGP hospital after his ketone level reached 7.4. He has been on an indefinite hunger strike for the past 6 days at LG’s residence against the alleged strike by the IAS officers of Delhi government. pic.twitter.com/XSJMxXOOJr

However, Delhi CM Arvind Kejriwal, said today that Jain Satyendra was doing well. Satyendra along with his colleagues Manish Sisodia, Gopal Rai and Chief Minister Arvind Kejriwal have been on a protest at Delhi Lt Governor Anil Baijal’s office since June 11, refusing to leave until the L-G makes IAS officers end an alleged strike.

“After watching his (Satyendra Jain) ketone report, we decided to admit him to hospital. His blood pressure is normal now. He is having some breathing issues, but stable,” said Dr. Passey, LNJP Hospital, ANI reported.

Not on strike, says IAS Association

The IAS Association, however, on Sunday in a press conference held against the backdrop of Chief Minister Arvind Kejriwal’s repeated allegation rejected the allegations, saying all officers were working as they would be expected to and further refuted the Aam Aadmi Party’s claim that its members were on an “undeclared strike.”

We stand by our colleagues in Delhi and demand safety and security of all IAS officers and Government officials. Threats and physical violence have no place in a civilised society. pic.twitter.com/W20fCS3WFS

The IAS Association had expressed concerns about the security of IAS officers in the backdrop of the alleged manhandling of the Delhi chief secretary by AAP leaders at Kejriwal’s residence earlier this year.

“We have been targeted and victimized and told that we are working with someone. We would like to inform that we are not on strike,” IAS Officer Manisha Saxena said.

On Sunday, Kejriwal assured all IAS officers in Delhi that he would ensure their safety and security with all powers and resources available at his command.

The Delhi High Court today also asked the AAP government who authorised the sit-in protest  by Delhi Chief Minister Arvind Kejriwal and some of his cabinet colleagues at the lieutenant governor’s office and said that strikes are usually held outside an establishment or office and not inside.

Now only two are left at Raj Niwas – Gopal Rai and Arvind Kejriwal.