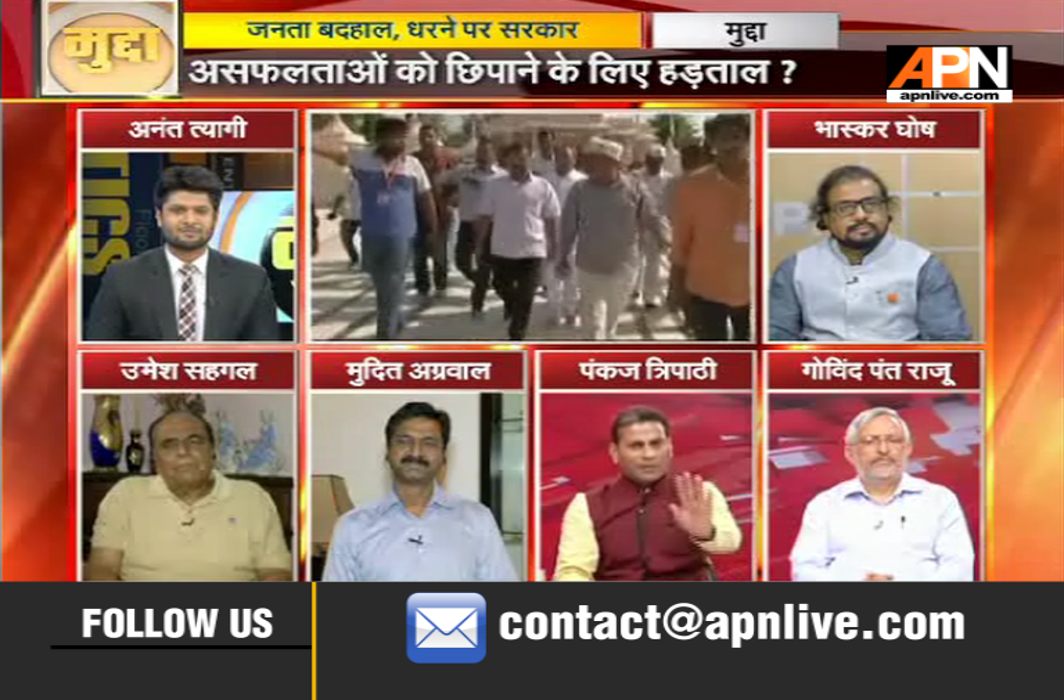 As Delhi CM Arvind Kejriwal’s protest enters its fourth day, experts fear a situation of constitutional emergency in the state. Kejriwal along with Satyender Jain, Gopal Rai and Manish Sisodia have been camping in the official accommodation-cum-office of Lieutenant Governor Anil Baijal demanding issuance of direction to IAS officers working in Delhi administration to call-off their strike. They are also demanding actions against officers who obstructed work for four months and sanction to Delhi government’s scheme for doorstep delivery of ration to the poor.

Pankaj Tripathi said: “The L-G’s signature is necessary and important here. He has been given certain powers by the Constitution and he should exercise them wisely for the welfare of the citizens. Our demands are for the smooth operation of the government. We, too, have been given certain responsibilities and to carry them out we are reduced to sitting on dharnas now. It has been four months since the IAS officers are on strike and the L-G or the central government did not take any action.”

Bhaskar Ghosh said that Delhi has never faced such a situation before. “Never has it happened that L-G’s house has been gheraoed. This political bullying that AAP has started has been seen previously in Bihar and Uttar Pradesh. This is shameful,” he said.

Umesh Sehgal accused AAP of being an inefficient government. He said: “They don’t know how to work and blame the situation on others. Delhi has seen different parties, leaders, systems but never such a situation has prevailed in the state. The CM is accusing the prime minister of being corrupt and then apologising too. The chief secretary is being beaten up at the CM’s residence. No regrets for that, no one apologized. DDA has become a place of corruption… Instead of working for the citizens who voted them to power to work for them, they are sitting on dharnas here. You have been given powers; exercise them instead of protesting like this.”

Mudit Agrawal accused them of playing only “dharna politics”. He said: “There are so many urning issues at hand—pollution for instance—but his cabinet is sitting on dharnas.”

Govind Pant Raju called it “political stunt”. He said: “Taking the help and support of others, I think, is not in the books of Kejriwal. People like Anna Hazare, Kiran Bedi, Swami Agnivesh, Santosh Hegde and so on left him because of that. When he came to power, he thought himself to be of equal power and stature as the prime minister. Hence, he did not think twice before challenging even the PM and made that his political agenda. This is a political stunt.”