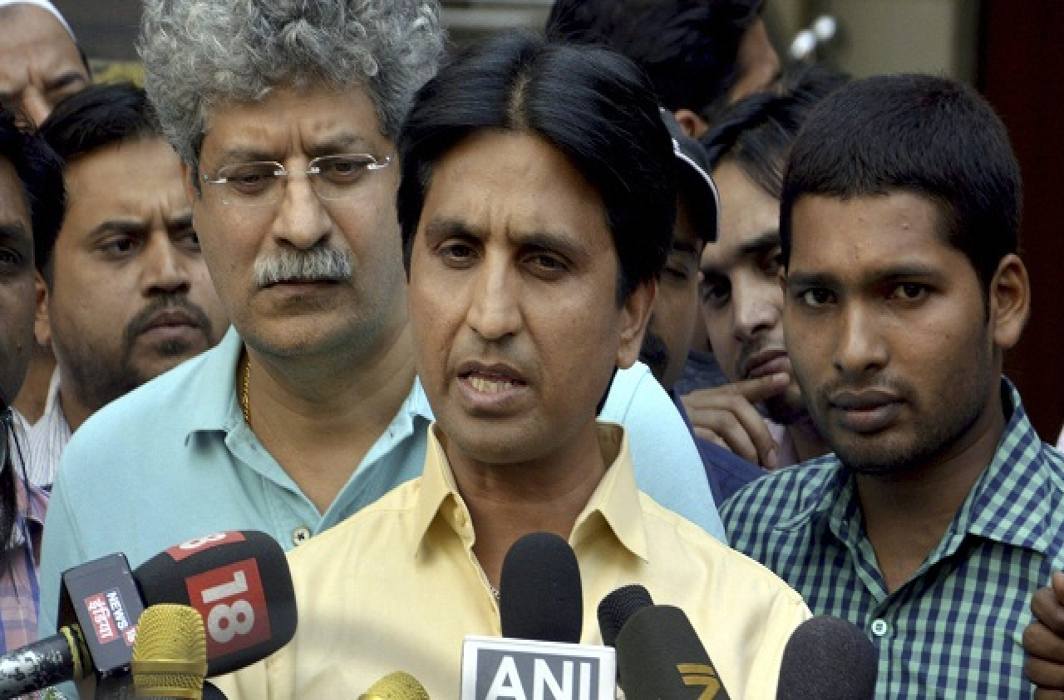 Predictable as it was, Kumar Vishwas – the poet-turned-politician and founding member of Aam Aadmi Party (AAP) – was, on Wednesday (January 3), snubbed by his party in his quest for being fielded as its candidate for the upcoming biennial election for a Rajya Sabha seat from Delhi.

APNLive had, on Tuesday, reported that AAP was set to nominate Sanjay Singh, Sushil Gupta and ND Gupta for the three Rajya Sabha seats.

It is rumoured that the AAP leadership, upset with Vishwas for criticising Kejriwal’s style of leadership and several decisions taken by the party and the Delhi government, is likely to offer him to contest the upcoming by-election from Rajasthan’s Ajmer Lok Sabha seat as the party candidate. Vishwas, who is the in-charge of party affairs in Rajasthan, is unlikely to accept the offer as his defeat from the seat which is set to witness a prestige electoral battle between the Congress and the BJP is touted to be a foregone conclusion.

#WATCH: Kumar Vishwas talks to the media after announcement of AAP's Rajya Sabha nominees, says, 'In the form of punishment, I have been given an award for speaking the truth.' pic.twitter.com/xGoxpKvXZg

On Wednesday, soon after AAP leader and Delhi’s deputy chief minister Manish Sisodia announced the candidature of Singh and the Gupta duo, Vishwas struck an expectedly defiant note, slamming Kejriwal for his “dictatorial role” and claiming that the Delhi chief minister had warned him long ago that “we will punish you but we won’t let you become a martyr.”

Over the past few weeks, Vishwas had not made any secret of his ambition of becoming a Rajya Sabha member. His supporters in AAP had also held demonstrations at the party headquarters in New Delhi demanding that Kejriwal approve his candidature for the Rajya Sabha polls.

However, this only seemed to have irked Kejriwal further who had last week – in a clear dig at Vishwas – released a 27 second video of an interview he had once given to a television news channel. In the interview Kejriwal had said that people who had joined the AAP with the hope of getting tickets in elections were free to leave the party.

Vishwas, of course, failed to take the hint. On Wednesday, the rebel AAP leader said: “I know that without your (Kejriwal’s) approval, nothing happens in our party and no one can survive in the party after having disagreements with you.” The senior party leader also issued a veiled threat to Kejriwal, saying: “I have been a part of the AAP movement and I have just one request – you have sacrificed me but please don’t prod me further”, indicating that any attacks against him by the AAP leadership could lead him into making disclosures that would embarrass Kejriwal.

While the party’s decision of nominating Sanjay Singh – a senior AAP spokesperson and founding member of the party – for one of the three Rajya Sabha seats is not surprising, the candidature of the two Guptas – both men have no political profile worth mentioning – has stunned many political observers.

Sushil Gupta, a billionaire businessman who was once a member of the Congress party and had lost the 2013 Assembly polls from the Moti Nagar seat to the Aam Aadmi Party, has been projected by AAP as a philanthropist with major contributions in the field of education and health. Delhi Congress chief and former Union minister Ajay Maken, however, had a different tale to tell about Sushil Gupta, whose net worth is estimated to be a staggering Rs 164 crore. Maken claimed that Sushil had resigned from the Congress party last November after the AAP assured him of a Rajya Sabha nomination. Maken also posted on Twitter the resignation letter tendered by Sushil Gupta.

On 28th Nov, Sushil Gupta came to submit his resignation-

Less than 40 days-Less said the better!

Otherwise,Sushil is a good man known for his charity! pic.twitter.com/DgrYhVaFJA

The other AAP nominee, ND Gupta, is a former president of the Institute of Chartered Accountants of India and is reportedly an expert on matters related to the controversial Goods and Service Tax. His nomination by the AAP comes at a time when the party leadership has been busy responding to various income tax notices and allegations by the BJP over alleged financial impropriety.