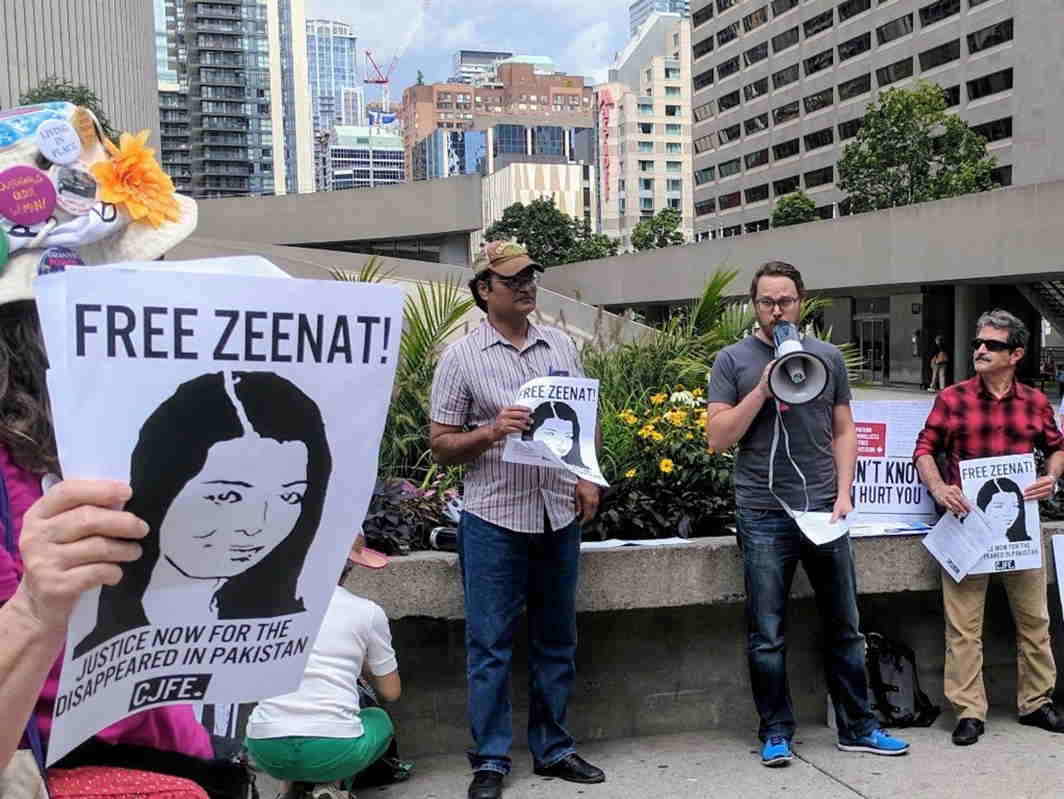 Zeenat, a reporter with Pakistan’s Metro News, was abducted while trying to trace whereabouts of an Indian national who went missing in Pakistan in 2015

A Pakistani woman journalist who was allegedly kidnapped while pursuing the case of an Indian engineer two years ago has been rescued, officials said.

Zeenat Shahzadi, a 26-year-old reporter of Daily Nai Khaber and Metro News TV channel, went missing on August 19, 2015, when some unidentified men allegedly kidnapped her while she was en route to her office in an auto-rickshaw from her home in a populated locality of Lahore.

Zeenat Shahzadi was believed to have ‘forcibly disappeared’ while working on the case of Indian citizen Hamid Ansari, before her abduction. Ansari went missing within the country in November 2012.

Commission of Inquiry on Enforced Disappearances (CIED) President Justice (retd.) Javed Iqbal said on Friday evening that Zeenat had been rescued from an area on the Pakistan-Afghanistan border on October 19 night.

“Non-state actors and anti-state agencies had abducted her and she has been rescued from their custody,” Iqbal said, adding tribals from Baluchistan and Khyber-Pakhtunkhwa provinces had played a key role in her recovery.

“Zeenat Shahzadi today has been reunited with her family in Lahore and we are happy for her safe recovery. I am thrilled that she is home safe,” rights activist Beena Sarwar said.

“Helping an Indian prisoner — Hamid Ansari — in Pakistan has cost us dearly. My sister is missing and my younger brother [Saddam] who was deeply attached to her hanged himself after losing hope to get reunited with her,” Salman Latif, brother of Zeenat Shahzadi, had told news agency PTI.

“My sister has not committed any crime in helping an Indian national,” he said.

Two years ago, Zeenat had filed an application with the Supreme Court’s Human Rights Cell on behalf of Fauzia Ansari, the mother of Indian national Hamid Ansari, who had gone missing in Pakistan since November, 2012.

She secured in August, 2013 a special power of attorney from Ansari’s mother. She also pursued his case in the Peshawar High Court.

Ansari, a Mumbai resident arrested in 2012 for illegally entering Pakistan from Afghanistan reportedly to meet a girl he had befriended online.

Zeenat submitted application to the CIED that ordered registration of the FIR in 2014. At the same time, she also filed a habeas corpus petition in the Peshawar High Court.

A writ of habeas corpus is used to bring a prisoner or other detainee before the court to determine if the person’s imprisonment or detention is lawful.

“Zeenat received threats from unknown persons who asked her not to pursue the case anymore. We also asked her not to put her life at risk but she said she wanted to help Ansari out of humanity. When she spoke to Ansari’s mother she literally cried along with her and vowed to help,” Latif said.

Ansari was sentenced to three years’ imprisonment reportedly by a military court on charges of illegally entering Pakistan and ‘spying’ He is still in jail.

The rights activists, especially former secretary general Human Rights Commission of Pakistan I.A. Rehman, have voiced for the release of Ansari, saying since he has served his sentence, he ought to be set free now.