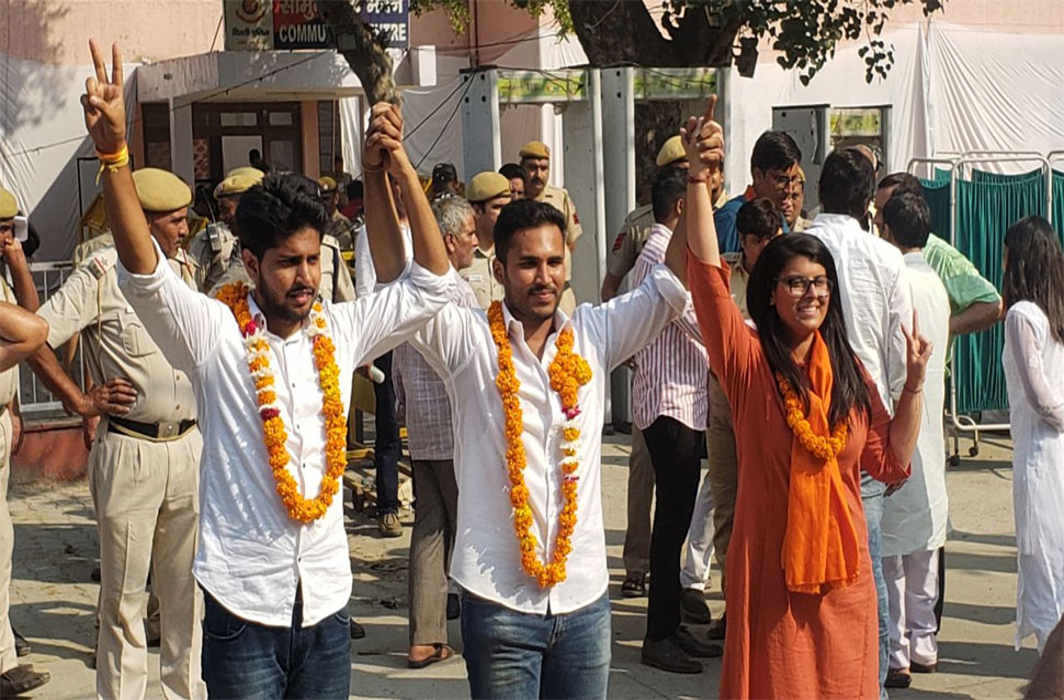 ABVP’s Akshit Dahiya won the post of President, defeating NSUI’s Chetna Tyagi by a margin of more than 19,000 votes.

Meanwhile, the NSUI’s Ashish Lamba won the secretary post, defeating ABVP’s Yogi Rathee by a margin of about 2,000 votes.

We have done it, yet again!

We thank the students of Delhi University for reaffirming their faith in our leadership & choosing #ABVP4DUSU.

The voting turnout was recorded at 39.90 per cent this year — over four notches lower than last year. In 2018, the election saw a 44.46 percent voter turnout.

Sixteen candidates, including 4 women, were in the fray and 52 polling centres were set up for the DUSU polls, 2019.