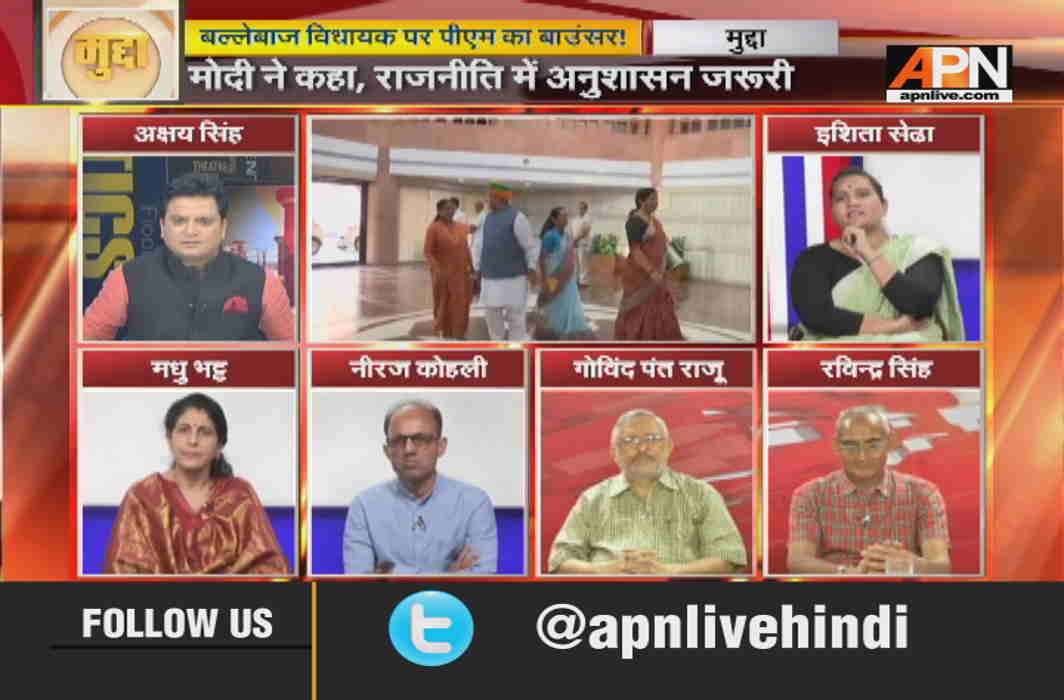 Singh said: “BJP has won a massive mandate, and that should have made all members serious towards their work. This bat beating incident is in bad taste, and affects the party’s image. PM Modi is right in condemning such incidents; all should get a strong message.”

Raju said: “It is not that the PM’s vision has not percolated down to each and every member. But it looks like leaders are ill -prepared to take on the task responsibly, and some are serious defaulters in this. Akash Vijayvargiya behaving this way shows his personal thinking and value system, habit of showing off his power and status through goonda gardi (violent behaviour). He should have sent out an apology, but he was welcomed as a hero. This is shameful.”

Bhat said: “These kind of activities should be criticised. PM Modi has stated that this kind of behaviour will not be tolerated. These kind of leaders are not worthy of being in the party. We value discipline, that’s why we have come back in large numbers. Akash Vijayvargiya has been given a warning.”

Ishita Siddha said: ”Disciplinary action should be taken against Akash Vijayvargiya. He is a criminal. He should give an apology.”

Kohli said:”Irrespective of any party, this kind of behaviour is shameful. In the past, BJP would claim to be a party with difference. But with incidents like that of Akash Vijayvargiya, how is this party any different? With such incidents, the party’s graph will come down. PM has given a stern warning, but now there has been too much of talk. Let’s see some action now, some example setting.”

Singh said:”After such a massive mandate, BJP leaders should be conscious of proper behaviour that shows them capable of the trust imposed on them. People will lose faith in the party, and PM’s Sabka Saath, Sabka Vikas will be far from reality.”

Raju said:”It doesn’t look like Akash Vijayvargiya has felt any regret on the issue. If this event was not so big, PM would not have mentioned it. Even during electioneering, Modi had expressed regret at such incidents. But more than regret or warnings, action is called for now.”

Bhat said: “Look at the situation in Madhya Pradesh as well, but irrespective of that, we will of course do an investigation into the case, to find out what circumstances led to the offensive behaviour.”

Siddha said:”On the one hand PM talks of indiscipline, on the other hand his trusted leaders go to meet rapists and criminals in jail.”