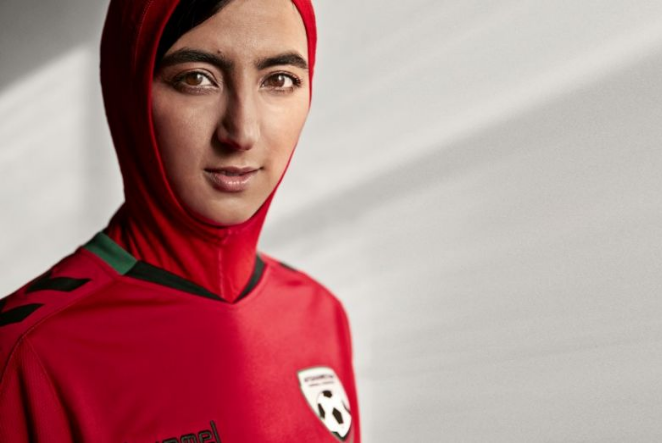 Former captain of Afghan women’s football team Khalida Popal who has always been vocal about women empowerment and used her voice to encourage young Afghan women to stay strong, bold and visible, on Wednesday come up with a different message.

The co-founder of the Afghan women’s football league urged the players to delete social media, erase public identities and burn their kits as the country is again under Taliban rule.

In a recent video interview with Reuters on Wednesday, the Copenhagen-based Khalida Popal said that the militants had killed, raped and stoned women in the past and she were scared of what the future might hold.

It is painful for an activist who stood up and did everything possible to achieve and earn that identity as a women’s national team player, Popal said.

Popal also emphasized how players have used football as a means of activism, to stand strong against the Taliban and show them the power of women.

Popal also said that the soccer had enabled women to take a strong stand for their rights, and to defy those who would have them silenced. A spokesperson for FIFA said the world soccer body said that they shared concern and sympathy with all those affected by the escalating tension in Afghanistan.

However, recounting the Taliban rule during 1996-2001, guided by Islamic law, when the Taliban stopped women from working, Popal says women are so scared and worried.

Those who broke the rules sometimes suffered humiliation and public beatings by the Taliban’s religious police.

The Taliban have said they will respect the rights of women within the framework of Islamic law.

Several people were killed Thursday in the Afghan city of Asadabad, Jalalabad and others when Taliban fighters opened up firing on people waving the national flag at an Independence Day rally.

A crowd of men, women waving black, red and green national flags in the capital city of Afghanistan chanted, Our flag, our identity. First Vice President Amrullah Saleh expressed support for the protests.

Salute those who carry the national flag and thus stand for dignity of the nation, he said on Twitter.