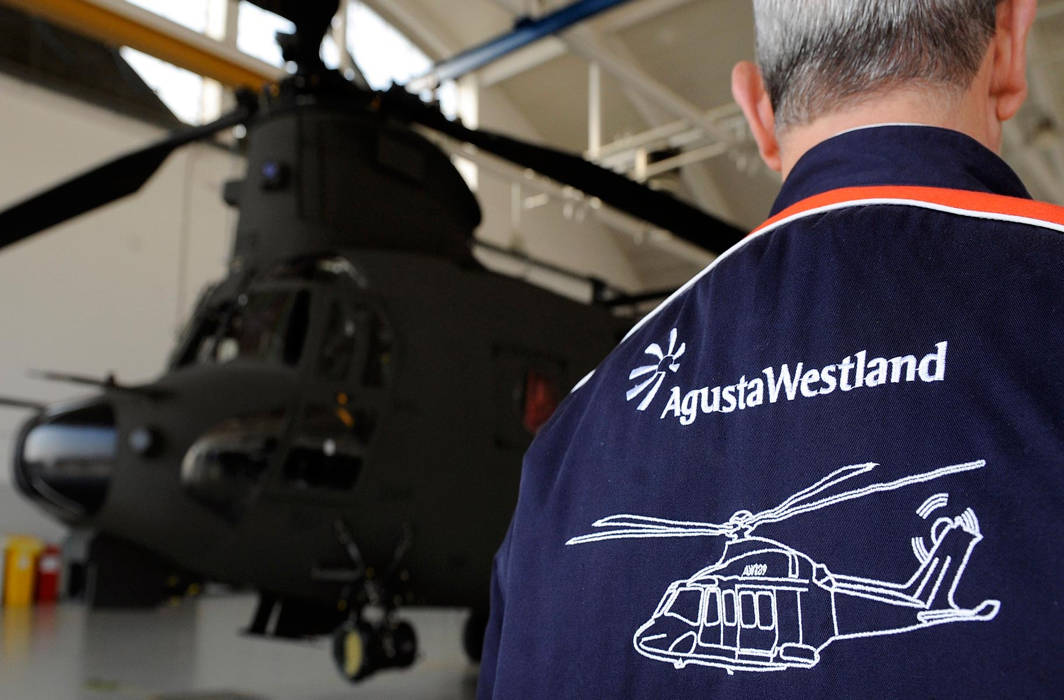 The supplementary chargesheet filed by Enforcement Directorate (ED) in the AgustaWestland VVIP chopper deal set off a political storm with names of political leaders and journalists, among them Congress leader and Sonia Gandhi’s close aide Ahmed Patel, figuring in the document – although not as accused.

Reports said Christian Michel, the alleged middleman arrested in the AgustaWestland VVIP choppers deal case, is understood to have identified the initials ‘AP’ as Ahmed Patel in the fourth chargesheet in the case filed before a court in New Delhi yesterday (Thursday, April 4).

The ED has mentioned names of several political leaders and three Indian journalists in the Rs 3,600-crore AgustaWestland chopper deal supplementary chargesheet, said reports citing sources. These leaders and journalists are, however, not named as accused in the chargesheet, reports said.

The agency, in its supplementary chargesheet filed under the Prevention of Money Laundering Act (PMLA), said “a part of kickback was paid to defence officials, bureaucrats, mediapersons and important political persons of the ruling party’ when the deal was being struck.

The chargesheet said according to the “budget sheet, 30 million euros were paid to Air Force officers, bureaucrats and politicians” to swing the deal in the favour of AgustaWestland for purchasing the choppers to ferry VVIPs across the country.

The payments were routed through a “complex structure” and withdrawn in cash through “hawala”, according to the chargesheet. The deal has been under the scrutiny of the ED and the CBI, with former IAF chief SP Tyagi being an accused in the case. The agencies are probing the political connections and money laundering aspects of the VVIP chopper contract and Michel was recently extradited to India from Dubai, providing an important break for investigators. He is lodged in Tihar jail as an accused in the case.

“Christian Michel James has further disclosed various abbreviations used in the budget sheet, which contains the details of the payments made to Air Force officials, bureaucrats and political persons. The recipients of the kickback include several categories of persons namely Air Force officials, bureaucrats including defence ministry officials and top political leaders of the then ruling party. As per Christian Michel James, ‘AP’ means Ahmed Patel and ‘Fam’ means Family,” the ED said.

While the identity of the said Ahmed Patel is not clear, it is understood that it refers to the senior Congress leader. The veteran leader has not been named in the PMLA FIR of the case.

In the same chargesheet, Rajiv Saxena, another accused arrested in the case, has been quoted by the ED as saying that ‘AP’ was a reference to Ahmed Patel. Patel in the past has denied any wrongdoing in the case.

The ED chargesheet listed a series of “dispatches” between February 2008 and October 2009 by alleged middleman Christian Michel James, including one that mentioned “Mrs Gandhi was the driving force behind the deal. The contents of these dispatches have further proved that political elite was constantly helping AgustaWestland by intervention through PMO and Defence Minister… Lobbying was done to put pressure on Finance Minister and his senior advisors,” reported The Indian Express (IE).

Another “dispatch”, the chargesheet stated, mentioned “A) Meeting at the beginning of the week with regards to the Italian Lady’s son… The gentleman confirmed that the son will be next Prime Minister and his power in the party is growing day by day. Hence, the Finance Minister’s extreme anxiety at the son’s phenomenal rise.”

One “dispatch” referred to a “procurement paper” being sent to “all five cabinet members — home ministry, finance ministry, foreign ministry, defence ministry, P.M. and the party leader” and that “none of them have had any problems but for Finance Minister Pranab Mukherjee”, IE report said. It also mentioned a conversation with “his secretary” and that the “party leader will speak to him and we expect, to calm him down”.

The ED said the kickback paid by the Anglo-Italian firm in the case was “at least about 12 per cent of the contract amount” and around 70 million euros were paid through the two middlemen involved in the case – Michel and Guido Haschke.

Also Read: SRK gets honorary doctorate from University of Law in London

It added that it was an “undisputed fact” that the two middlemen had received kickbacks worth 70 million euros. The agency said this fact could be corroborated with the receipt of kickbacks in the bank accounts of companies “controlled and beneficially owned” by Michel and Haschke.

It said the company enlisted the two as agents for the VVIP choppers deal in India as it wanted to promote its product and ensure that it became a frontrunner to bag the deal.

As per the chargesheet, British national and one of the middlemen of the scrapped deal, Christian Michel, had used important personalities in the field of media in order to influence the public opinion.

The chargesheet referred to a payment of Euro 205,860 to Ashwin Santhanam, son of journalist Raju Santhanam, and quoted Michel saying: “The payment/loan to Ashwin was to help the son of a friend. It is wrong to say this had anything to do with VIP.”

It mentioned that “as per Casana sheet, a payment of Euro 205860.40 was made to Ashwin Santhanam, son of Raju Santhanam in addition to booking an air ticket for him and his family for a total amount of Rs 26.50 lakh.”

Michel has accepted that he had made such payments and admitted to hiring services of Guy Douglas to influence the media and this fact is further corroborated by act of using influence on journalists “Manu Pubby and Shekhar Gupta to tone down the article in Indian Express”, said sources.

“Michel also deposed that Douglas was in touch with several journalists.”

In its first chargesheet filed against Michel in June 2016, the ED had alleged that he and others had received 30 million euros (about Rs. 225 crore) from AgustaWestland.

Special Judge Arvind Kumar said he would decide on whether to take cognisance of the ED’s supplementary chargesheet and summon the accused on April 6.

The ED’s revelations, coming in the midst of the election campaign, are likely to become political fodder.

Prime Minister Narendra Modi has in his campaign speeches referred to persons in Tihar jail who can spill the beans on Congress while the opposition party has said the cases are a witch hunt and warned officials that they might face action for being over-zealous.

Congress communication department head Randeep Surjewala said: “A single uncertified page leaked by ED of a purported chargesheet is a cheap election stunt to divert attention from imminent defeat of the Modi government.

The Congress rejected the references to its leaders as a “cheap election stunt”. Congress communication department head Randeep Surjewala said: “A single uncertified page leaked by ED of a purported chargesheet is a cheap election stunt to divert attention from imminent defeat of the Modi government. ED has become ‘Election Dhakosla’ of a government manufacturing a lie a day.”

“All these rehashed insinuations and lies were bundled out earlier too through a set of pliable media. Ultimately, they failed in an international court and were rejected as trash. Come election season and a panic-stricken Modi government is using the same set of lies to reset a narrative that they have already lost. We reject this rubbish being served as a diversionary political agenda by the Modi government, who has already lost the plot of 2019 elections,” Surjewala said.

Maruti Suzuki India is all set to launch updated Celerio, but before its official launch, the Spy shots of the car have...
Read more