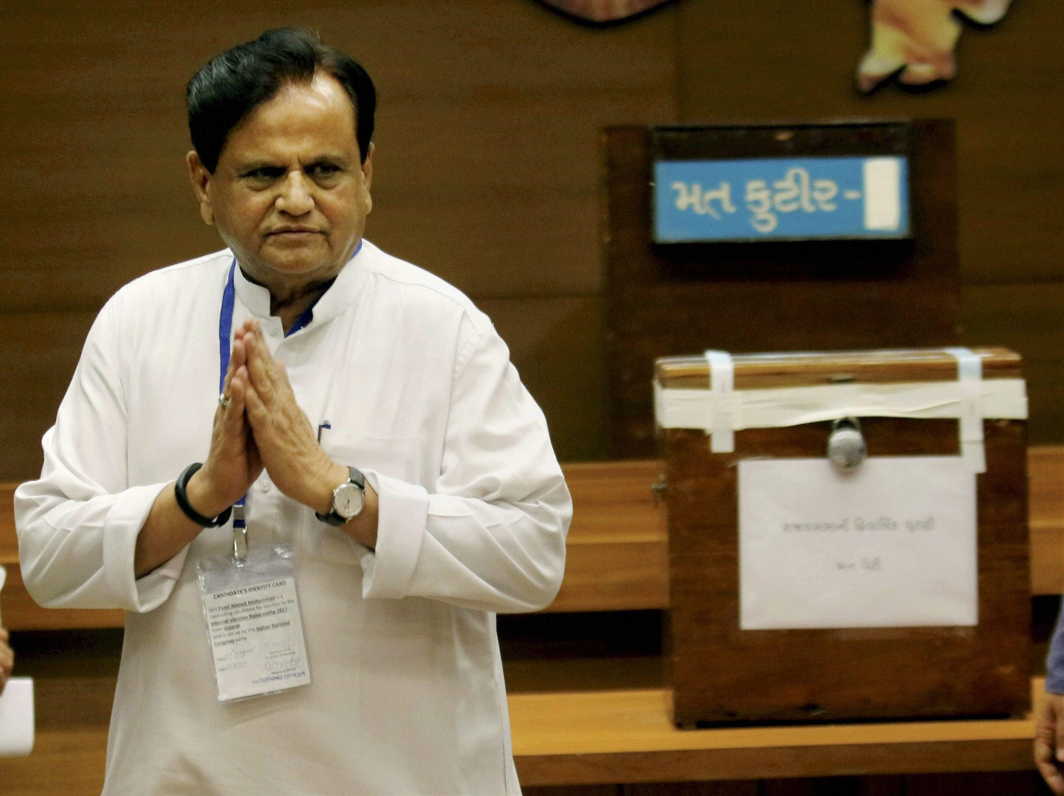 In a nail-biting finish to the Rajya Sabha polls in Gujarat, Ahmed Patel, political secretary to Congress president Sonia Gandhi secured 44 votes to win his seat for the fifth term, saving himself and more importantly his boss much embarrassment. But, the election once again exposed how unprepared the Congress leadership is to tackle the Narendra Modi-Amit Shah juggernaut

After a roller-coaster Rajya Sabha election – the likes of which has never been seen in the past – senior Congress leader Ahmed Patel was declared elected to the Upper House of Parliament at around 3 am, on Wednesday, along with the other expected victors – BJP national president Amit Shah and Union textile minister Smriti Irani. 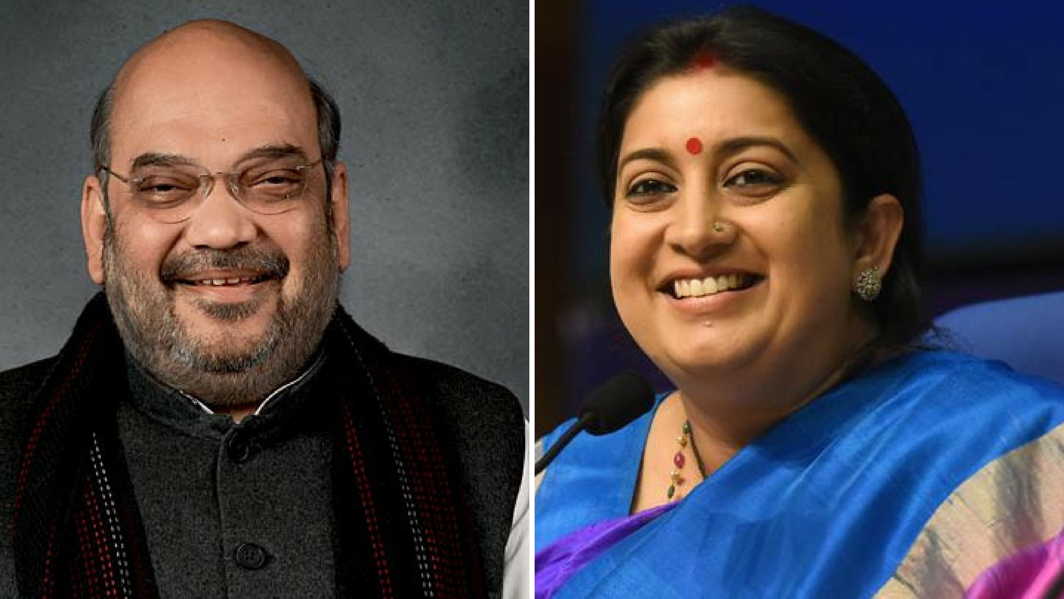 Shah and Irani, whose victory in the election was a foregone conclusion, secured 46 votes each. Patel – who was touted to lose after a series of defections and resignations hit the Congress Legislative Party over the past fortnight – secured 44 votes, just as many as were required for him to win after his party’s appeal to the Election Commission to disqualify two of its legislators for violating polling rules was upheld, thereby reducing the number of votes required by a candidate to be elected to 44 instead of 45. The BJP’s third candidate, Balwantsinh Rajput, who had quit the Congress 10 days back to join the saffron brigade and become its candidate against Patel, secured just 38 votes.

At the face of it, Rajput’s defeat comes as an embarrassment for Amit Shah and the BJP. A close relative of former Congress leader Shankersinh Vaghela – who resigned from the party recently and voted against Patel in Tuesday’s election – Rajput, sources say, had been fielded in the RS race at the behest of Shah and Prime Minister Narendra Modi, both of whom have left amply displayed their unwillingness to cede even an inch of political space for the Congress party. 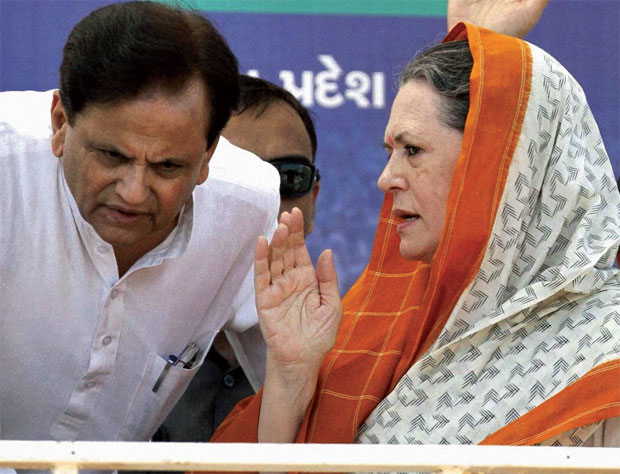 Similarly, for the Congress party in general and its president Sonia Gandhi in particular, the victory of Patel comes as a huge relief at a time when the Grand Old Party is, in the words of its senior leader Jairam Ramesh, facing an “existential crisis”. Had Patel lost, the morale of his party’s workers in Gujarat, which goes for Assembly elections in five months, would have fallen further.

More importantly, the defeat would have possibly triggered more Jairams to openly call for a “new Congress” (read: one aligned more with the party’s face of defeat – Rahul Gandhi – than with the old guard that stands firmly behind Sonia while still trying to understand her son’s gameplan, if at all there is one). And here lies the problem with Patel’s victory.

Rajput’s defeat is only a temporary setback to the Modi-Shah duo. In the run up to the RS polls, the BJP has displayed that it’s willing to go for the Congress’ jugular. The BJP turned an otherwise mundane Rajya Sabha election into a battle royale between Shah and Sonia, with the former banking on his skills that go beyond routine politics while the latter was busy fighting off an implosion within her party’s ranks and was underprepared to pre-empt the moves of her rival.

Even in Patel’s victory, the signs for the Congress are ominous. The Congress, till two weeks ago, had 57 MLAs in the Gujarat assembly – of which only 45 needed to vote for Patel to ensure that his return to the Rajya Sabha for a record fifth-term was a cake walk. But then things began to deteriorate for the already beleaguered Congress at a break-neck speed.

First, Shankersinh Vaghela, who the party had imported from the BJP two decades ago, engineered cross-voting by 11 Congress legislators in the Presidential polls and then soon after announced his decision to quit the party while making it abundantly clear that all was not well for the Congress in Gujarat. Next came the resignation of six Congress MLAs, three of whom, including Balwantsinh Rajput, joined the BJP almost immediately. While the BJP promptly pitted Rajput against Patel in the RS polls, other Congress MLAs began indicating openly that Patel would lose, forcing the Congress to pack off 44 of its MLAs to a resort in Bengaluru in an attempt to fend off more “poaching” by the BJP.

A series of questionable IT raids followed at the Bengaluru resort where the 44 Congress MLAs were staying and at the residential and office premises of their host and Karnataka cabinet minister DK Shivakumar. While the Congress continued to cry foul about the BJP’s “dirty tricks department”, Amit Shah expectedly stayed focused on the RS battle.

Finally, on Tuesday, as votes were cast – while Vaghela openly voted against Patel (despite earlier saying that he had good relations with him and would vote for him), two other Congress MLAs, Bhola Bhai Gohil and Raghav Bhai Patel, who had returned the previous day from their luxurious Bengaluru sojourn sponsored by Shivakumar, voted for Rajput, sending the Congress into panic mode. 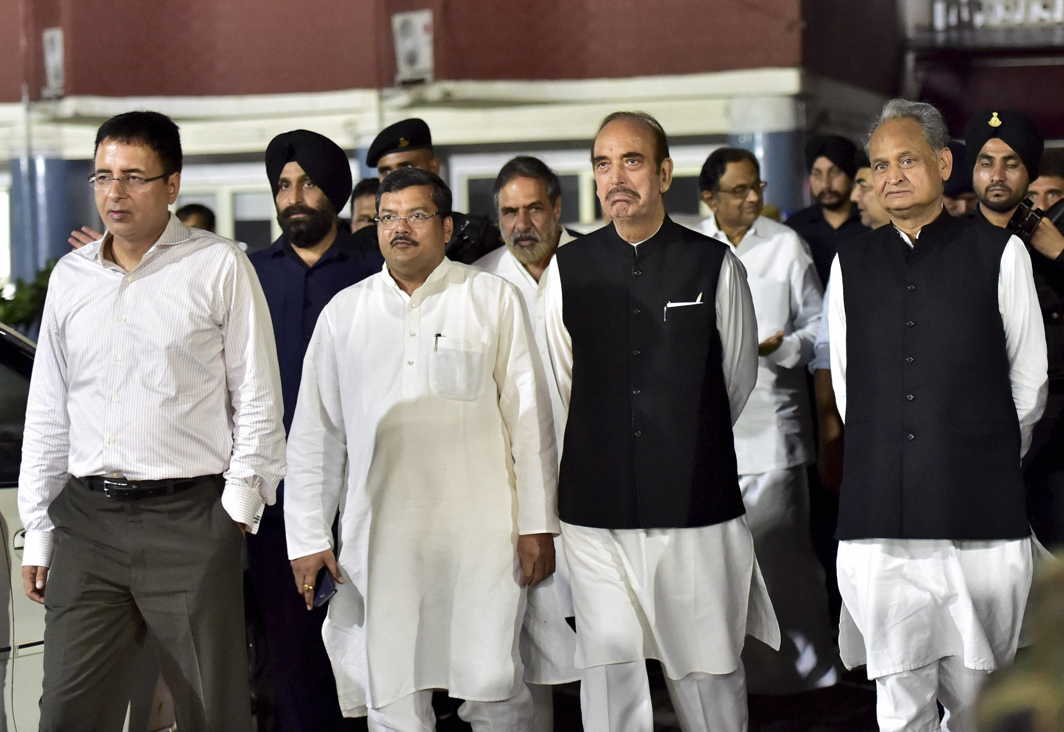 The Congress and BJP both dispatched high powered delegations to the Election Commission in New Delhi – twice in a matter of less than 12 hours – with the former seeking disqualification of Bhola Bhai and Raghav Bhai – and the latter insisting that they hadn’t broken any polling rules and so their votes – cast in favour of BJP nominee Rajput – should be held valid. In a midnight decision, the EC, ruled in favour of the Congress. Three hours later Patel was declared elected and exclaimed ‘Satyamev Jayate’ while his party colleagues immediately burst into celebratory mood while taunting the BJP at its defeat.

But then, the Congress had 47 MLAs after excluding Vaghela, the six others who resigned and the two who were disqualified and Patel should have ideally secured all their votes. He got 44 – which by all indications also includes votes cast by lone JD (U) legislator in Gujarat, Chhotubhai Vasava, NCP MLA Jayant Patel and rebel BJP leader Nalin Kotadiya, who voted against his party candidate since he is upset with the state government for its handling of the Patidar-Patel agitation.

This means that out of its original lot of 57 MLA, the Congress now has been reduced to just 41 legislators. With Gujarat going to polls in December, it’s time that the party begins to re-build its cadre and regain lost ground in a state which till few months ago showed heavy signs of anti-incumbency for the first time in nearly 15 years. Celebrations for Ahmed Patel’s victory can wait.