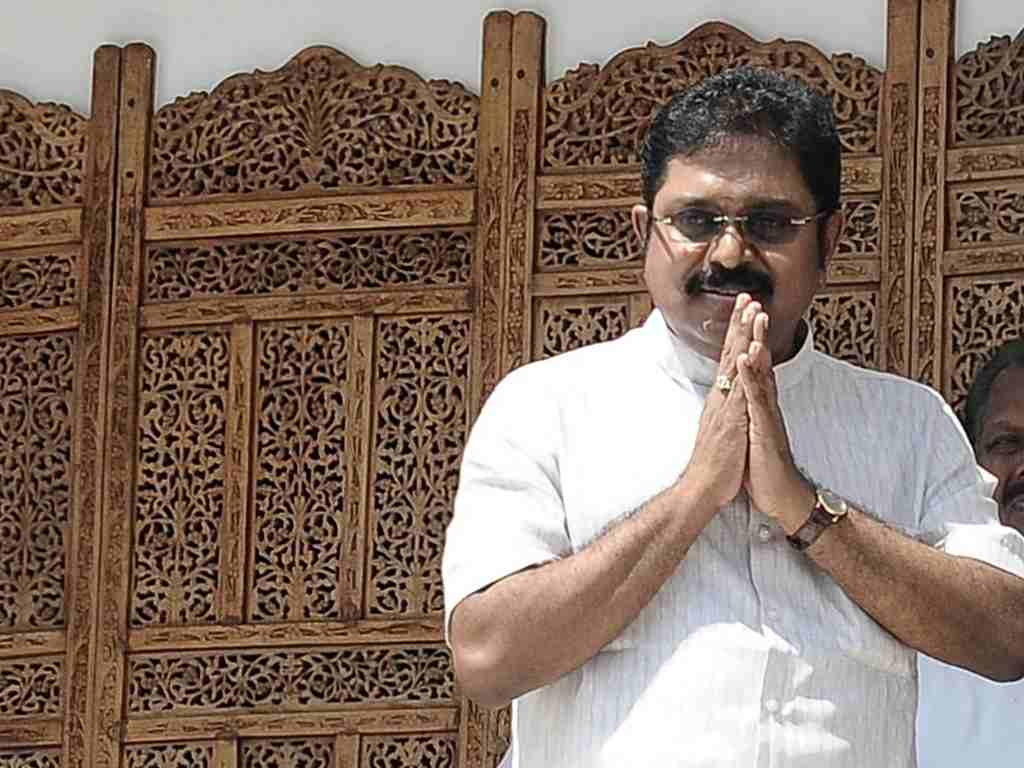 Day after the rival AIADMK camps of chief minister Edappadi Palaniswami and his now deputy, O Panneerselvam merged, the 22 MLAs of party’s third faction led by sidelined deputy general secretary TTV Dhinakaran meet TN Governor Vidyasagar Rao and threaten to resign if EPS is not removed as CM. Later, 15 of them are packed off to two resorts in Puducherry

Expected as it was, Monday’s merger of the rival AIADMK factions led Tamil Nadu chief minister Edappadi Palaniswami (EPS) and his now deputy O Panneerselvam (OPS), has failed to ensure that the party’s government in the state doesn’t fall prey to the dissensions within its ranks.

On Tuesday, a day after OPS and EPS had portrayed a picture of unity and implied that the AIADMK had sailed past the choppy waters of its factional feuds, the party’s third faction – led by sidelined AIADMK deputy general secretary, TTV Dhinakaran, raised its banner of revolt.

While until a day back it was believed that Dhinakaran, whose jailed aunt – VK Sasikala – the EPS and OPS factions are trying to unseat as the AIADMK general secretary – was losing support among the MLAs loyal to him, on Tuesday, the strength of his camp swelled from the earlier 17 legislators to 22 MLAs. Upping the ante against EPS, the Dhinakaran-22 reportedly rallied to meet Tamil Nadu Governor Vidyasagar Rao and threatened to withdraw their support to the state government unless EPS was fired as the chief minister. The MLAs have, sources said, submitted individual letters to Rao asserting that Palaniswami has lost their confidence as chief minister.

The show of strength by Dhinakaran immediately prompted AIADMK’s principal rival in the state – M Karunanidhi’s DMK – to cash in on the volatile political situation. DMK working president and Karunanidhi’s son, MK Stalin wrote to Rao stating that “an unprecedented constitutional crisis” had rocked the state since 22 MLAs had expressed their lack of confidence in the chief minister. Stalin demanded that the EPS government must be immediately made to face a floor test in the state Assembly.

I have requested Hon. Governor to direct CM Palanisamy to prove his majority in the Assembly immediately & uphold constitutional norms pic.twitter.com/DjpB5DPbSl

Clearly willing to give no quarter to his rivals, Dhinakaran also sacked the party’s Rajya Sabha MP and senior leader R Vaithilingam from all posts, including his AIADMK membership. Vaithilingam had earlier said that VK Sasikala would be removed from the party soon.

In developments reminiscent of the scenes from earlier this year when Sasikala, in her bid to seize the state’s chief ministership for herself had packed off MLAs loyal of her camp to the Golden Bay resort, the Dhinarakaran-22 were also being taken to two hotels, Aruna Inn and Le Pondy in Puducherry, local media reports suggested.

“Edapaddi Palaniswami must explain as to how and why the traitor, OPS, who sought votes parading the dead body of Amma (late TN chief minister and AIADMK chief J Jayalalithaa) in RK Nagar constituency for his faction’s candidate, has been given deputy chief ministership,” said Najil Sampath, a close supporter of Dhinakaran.

In a similar vein, AIADMK MLA and Dhinakaran’s confidante, V Pugalendi said: “EPS was made CM by Chinnamma (VK Sasikala)… where did he get the confidence to seek out a traitor (a reference to OPS) and give him post, power and respect…A person who has joined hands with a traitor has no right to be the chief minister and that is why we have asked the Governor to change the chief minister.”

With no sign of a let up in the fickle state of Tamil politics, it now remains to be seen whether EPS and OPS – or the BJP which is said to have had a key role in the merger of their factions – have any tricks up their sleeves to contain and survive the rebellion.

The AIADMK has 134 MLAs in the 234-member Tamil Nadu Assembly but it won’t reach the majority mark of 118 without the Dhinakaran-22. As per rules, a no-confidence motion can be called only by October because the last one was called in April. Six months have to lapse between two no-confidence motions. With just over a month left for October, will EPS and OPS be able to recalibrate their moves and get out of this mess? There’s clearly much more drama to come in the days to ahead.