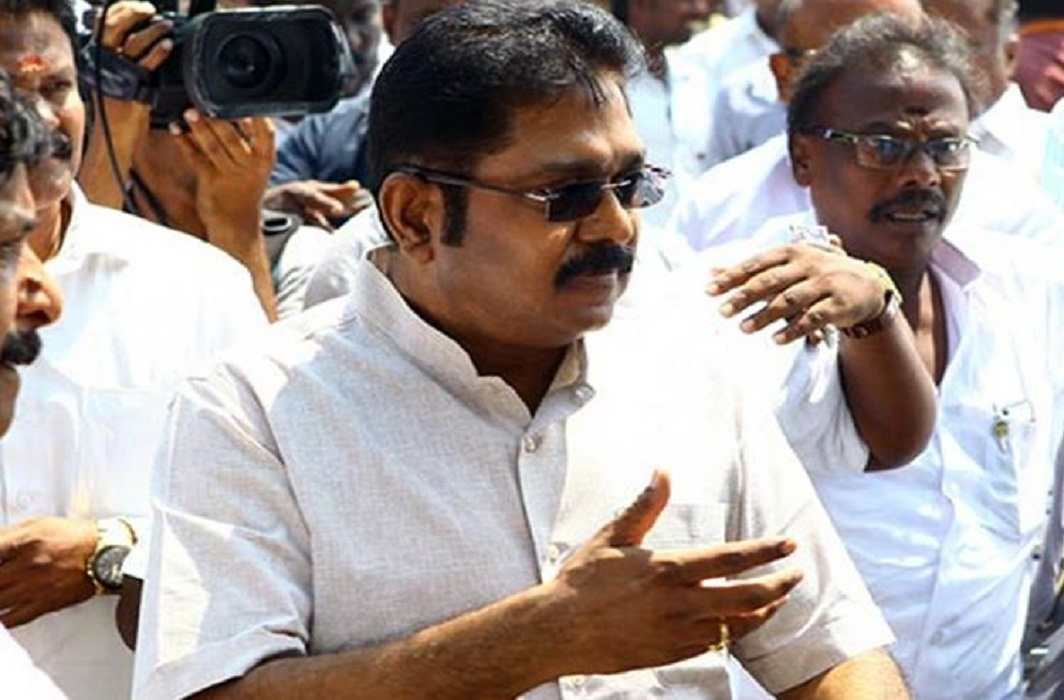 Delhi Police had said earlier that Dhinakaran’s alleged middleman Sukesh Chandrasekhar had made a deal with ECI officials for Rs 50 crore to keep the symbol.

All India Anna Dravida Munnetra Kazhagam deputy general secretary TTV Dhinakaran and his associate Mallikarjuna have been granted bail by a Delhi court on Thursday in the “two leaves” bribery case. The Tis Hazari court had deferred the case on Wednesday as stenographers were on leave.

The nephew of party general secretary VK Sasikala, who is herself imprisoned in Bengaluru, Dhinakaran was arrested on April 25 after four days of interrogation, in relation to a case of allegedly bribing a Election Commission of India official to obtain the “two leaves” symbol for his faction.

The Delhi Police had said earlier that Dhinakaran’s alleged middleman Sukesh Chandrasekhar had made a deal with ECI officials for Rs 50 crore to keep the symbol. Nearly Rs 1.50 crore was recovered from his five-star hotel in Delhi when he was arrested on April 16.

Dhinakaran was appointed party deputy general secretary by Sasikala, just before she ws imprisoned. Dhinakaran was isolated in the party amid talks between rival factions led by Tamil Nadu Chief Minister E. Palaniswami and his predecessor O. Panneerselvam.

A large number of AIADMK Amma faction protested against the leadership of Sasikala and Dhinakaran. It came after Paneerselvam, who is leading the rival faction, the AIADMK Puratchi Thalaivi Amma, asked for the ouster of both Sasikala and her nephew.