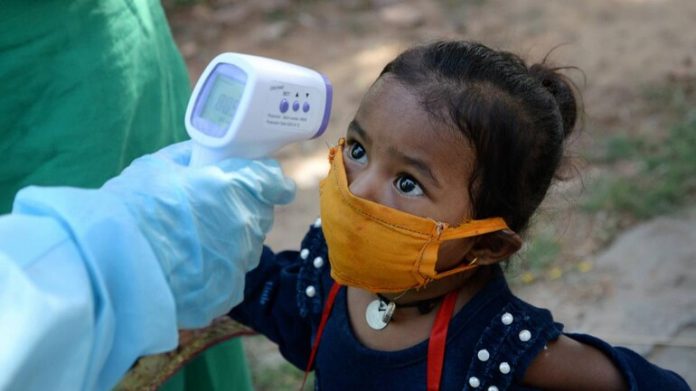 AIIMS Delhi chief Dr Randeep Guleria on Tuesday said there is no data yet to justify any observations of children being affected more in any next wave of Covid-19.

Addressing a joint press conference on the Covid-19 situation in India, Dr Guleria said it is a piece of misinformation that subsequent waves of the Covid-19 are going to cause severe illness in children. He said there is no data either from India or globally to show that children will be seriously infected in subsequent waves.

Guleria said 60-70% of children who were admitted to hospitals during Covid second wave, they either had comorbidities or low immunity and recovered with mild illness without need for hospitalisation.

The comment comes at a time when several experts have predicted that the virus might change its behaviour during the third wave and can infect children more. Earlier on June 1, the NITI Aayog member Dr VK Paul had said that the impact of Covid-19 may increase in children.

Explaining about the situation of children in second wave, AIIMS chief mentioned that the infection in children has been found in two ways. At first, they have reported pneumonia-like symptoms. Secondly, a few cases of a multi-inflammatory syndrome have been found among children who recently recovered from Covid-19.

Guleria said that multiple waves occur when there is a susceptible population. When a large part of the population acquires immunity against the infection, the virus becomes endemic and infection becomes seasonal – like that of H1N1 that commonly spreads during monsoon or winters. Waves can occur due to change in the virus. Since new mutations become more infectious, there is a higher chance for the virus to spread.

Urging people to strictly follow Covid-appropriate behaviour, he said whenever cases increase, there is a fear in people and human behaviour changes, people strictly follow Covid-appropriate behaviour to break the chain of transmission but when unlocking resumes, people let their guards down. Due to which, the virus again starts spreading in the community, leading potentially to another wave.

AIIMS director said in order to stop subsequent waves, people need to follow Covid-appropriate behaviour aggressively till a significant number part of the population is vaccinated. When enough people are vaccinated and acquired immunity against the infection, then these waves will stop.

Luv Agarwal, Joint Secretary of the Union Health Ministry, said there were 86,498 new Covid cases have been reported in last 24 hours. He said there is almost 79% decline in Covid cases since the highest reported peak in daily new cases. Last week, a 33% decline was seen in overall reported cases and 322 districts have seen a decline in daily cases in the last one month.

Last week, the government had issued guidelines for the care and protection of the children affected by Covid-19 and fixed responsibilities for the states, district magistrates, police, Panchayati Raj institutions and urban local bodies regarding the issue.