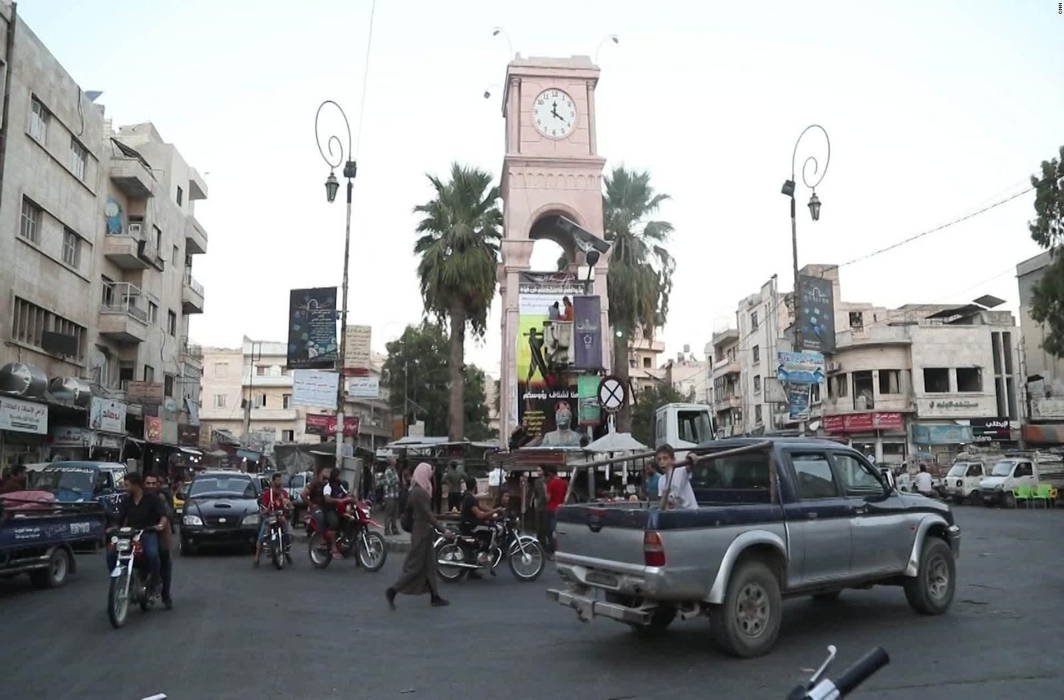 The Byzantine and Roman sites of Ebla and Idlib, in North West Syria, may well be reduced to dust if an explosion occurs on a scale many expect. Sadly these archaeological losses will not even be noticed. They will be submerged in the looming human catastrophe.

Ever since the manufactured civil war was launched in 2011 to turn the tables on the Arab Spring, the Syrian theatre has seen many climaxes: Homs, Hama, Deraa, Raqqa, Aleppo, 50 kms, North East of Idlib. But there is unanimity that Idlib will shake the region like nothing else has so far. This hyperbole is not based on personal observational, though I have visited Syria in the midst of the civil war.

White House National Security Adviser, John Bolton has been warning repeatedly that the Syrian government was about to use chemical weapons in Idlib. Even before Bolton’s warning, Hassan Nasrallah, much the shrewdest leader in the region, had raised an alarm: we have information that a plot was being hatched to foist on Damascus the allegation that it had used chemical weapons. The alert eye being kept on Idlib by the Syrian government, Hezbollah, Iran, Turkey, Russia and the US exposes a population of three million to all manner of unpredictabilities.

It is an irony of our times that great and medium powers are riveted on Idlib not because its ancient monuments or the civilian population but because of the 60 to 80 thousand of militants scattered through the governorate. These militants are from half a dozen different groups. There are quarrels galore between these groups claiming proximity to major powers with stakes in the Syrian pie. Among the bewildering range of groups are the Al Nusra Front, Haya Tehrir e Shaam, Turkestan Islamic Front with links to Uigur groups in Xinxian. There are off shoots of the PKK, keeping Turkey on sixes and sevens. Not to be forgotten are the Chechens focused on the Caucasus. Then there is the Free Syrian Front.

For Damascus a militant is a militant and should be eliminated. Turkey, on the other hand, may see some groups – Tehrir e Shaam, for instance – as assets in Ankara’s conflict with Kurdish groups. The US would like most of the militant groups to be protected because they will always come in handy whenever it becomes necessary to mount extra pressure on Bashar al Assad. Washington may be inclined to negotiate the future of some of the assets if Assad allowed them more bases in Syria.

Afghanistan, Iraq, Syria, even far off Kosovo, everywhere, Americans a super power by habit, if not in substance any longer, develop multiple interests. After the 72 day bombing of Serbia, removing Slobodan Milosevic, creating an independent enclave of Kosovo, the US moved on only after they had created Bond Steel, abutting Macedonia, the largest military base since Vietnam. Likewise, they entered Afghanistan ostensibly to remove Osama bin Laden but have, over the past 17 years, developed multiple interests – minerals, UNOCAL pipeline, Helmand Poppy fields, keeping an eye on the world’s only Muslim nuclear bomb in Pakistan, keeping Iran, Central Asian Republics, Xinxian, the Caucasus under surveillance – and within range.

Read More: Syrian War Being Dragged On Basis Of Lies For Ulterior Reasons

In Idlib too US interests are varied. Notice I have not mentioned Syria because that involvement is of epic proportions. Idlib in Syria is the enclave where all the regional and global stakeholders, have nudged and pushed their respective “militants”, “terrorists” and “moderate groups”. For Syria, Russia and Iran they are all the same and need to be exterminated.

This remedy is anathema to Turkey. The country is already host to 3.5 million refugees. Bombing of Idlib will cause another 2.5 million civilian to cross the Turkish border.

Further, there are among the motley crowd of militants those who will checkmate a “Kurdish enclave” contiguous with the territory the PKK claims. The enclave would be the thin end of the wedge for an expansive Kurdish idea.

The US would like to create just such an enclave. Not only would it like to have bases, an American habit as I have indicated earlier, but it would have another potential state under its control. It would be the second home away from home in West Asia just as Israel is – on a much smaller scale though.

The other, bigger idea is to divide Syria to the satisfaction of Israel and those with a steady gaze on the gas pipelines. The idea of dividing Syria into four is as old as the hills. But all the other powers – Iran, Turkey, Russia, for instance – will not allow this to happen. When the three powers met in Tehran last week there was unanimity on one issue: the territorial integrity of Syria.

The presence of 1000 European Jihadis in the brew adds further pungency to the vapours of confusion. The great European nations, their noses up, do not wish these “tainted” citizens to return. Should they be put away then? No, say European Intelligence agencies. There are so many “militants”, “terrorists”, “moderate rebels” in Idlib. Let the Europeans gestate among them.

How long will this uneasy status quo last? Already, Russians have detected activity on the “chemical weapons” Front. There are reports that cameramen have already shot little boys being bathed to remove the “chemicals they have been exposed to”. White Helmets, the miracle men who save people by appearing in the epicentre of the attack without being burnt have been seen here and there.

Remember, the eight year old Syrian boy with burnt skin in October 2016, in the midst of the US election campaign. CNN’s Christiane Amanpour flourished a photograph of the boy before Russian Foreign Minister, Sergey Lavrov in the course of an interview in Moscow.

“Is this not a crime against humanity?” shouted Amanpour.

“Very sad” said an amused Lavrov. This was the first time Lavrov publicly expressed the fear that Americans were helping terrorists in Syria.

When the photograph did not make much of an impression on the Russian Foreign Minister, the very same photograph materialized in candidate Hillary Clinton’s hand during the last Presidential debate in Las Vegas. With expert histrionics, Clinton simulated a lump in her throat for maximum effect.

Is Idlib about to yield a crop of pictures of white helmets and little boys with burns?