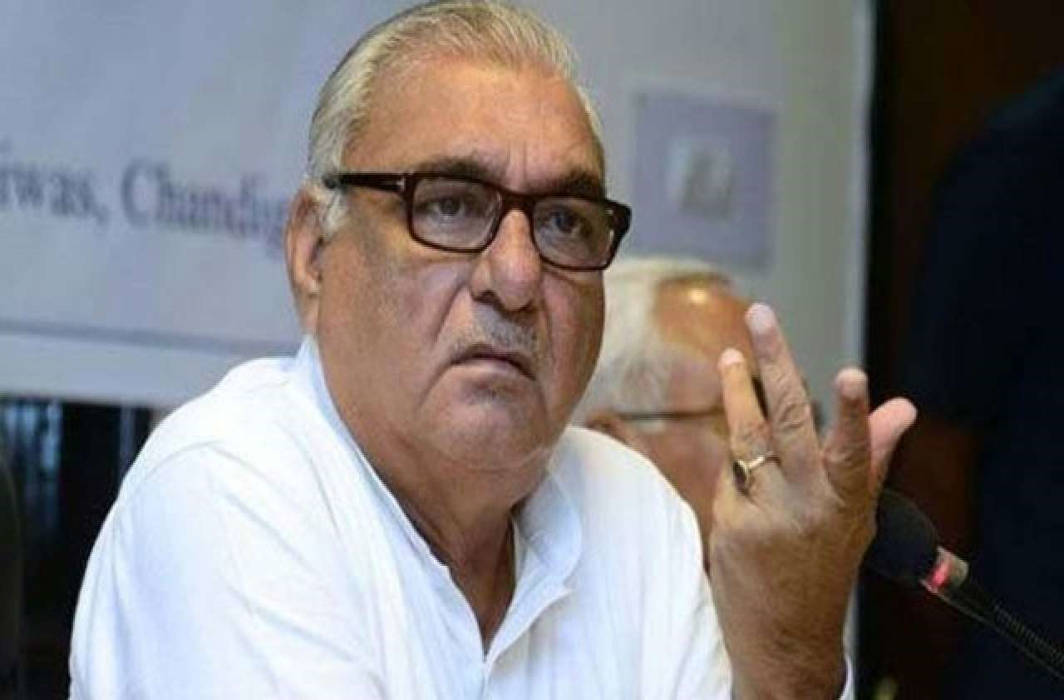 The re-allotment of land had caused a loss of Rs 67 lakh to the exchequer, the CBI alleged.

The AJL is controlled by senior Congress leaders, including members of the Gandhi family.

The CBI claimed a 3,360 square metre plot in Sector 6, Panchkula, was allotted to AJL in 1982 and no construction was done till 1992. The plot was later repossessed by the Haryana Urban Development Authority (HUDA).

However, in 2005 it was re-alloted to AJL at the original rate, allegedly violating the norms laid down by HUDA. Hooda was also chairman of the body at the time.

The agency has booked Hooda, the then chairman of the AJL, Vora, and the company under relevant sections of the Indian Penal Code (IPC) related to criminal conspiracy and provisions of the Prevention of Corruption Act. The AJL group runs the National Herald newspapge.

Congress leader Abhishek Manu Singhvi said the chargesheet being filed just ahead of the elections reeked of political vendetta.

“As polls approach, government indulges in such acts. Five years (of Modi government) are about to get over, they’ve all powers but do they have any evidence? Their only aim is to use such tools as per convenience during polls,” he said.

The case was initially taken up by the Haryana State Vigilance Bureau and an FIR was filed in 2016 against Hooda and four HUDA officials. The re-allotment of land was done against the legal opinion of the authorities, the FIR had stated.

The CBI took over the investigation of the case in April 2017. The agency, in October this year, sought permission to prosecute Hooda in the case.