Home Latest india news All money in Swiss bank not black, will get all black money... 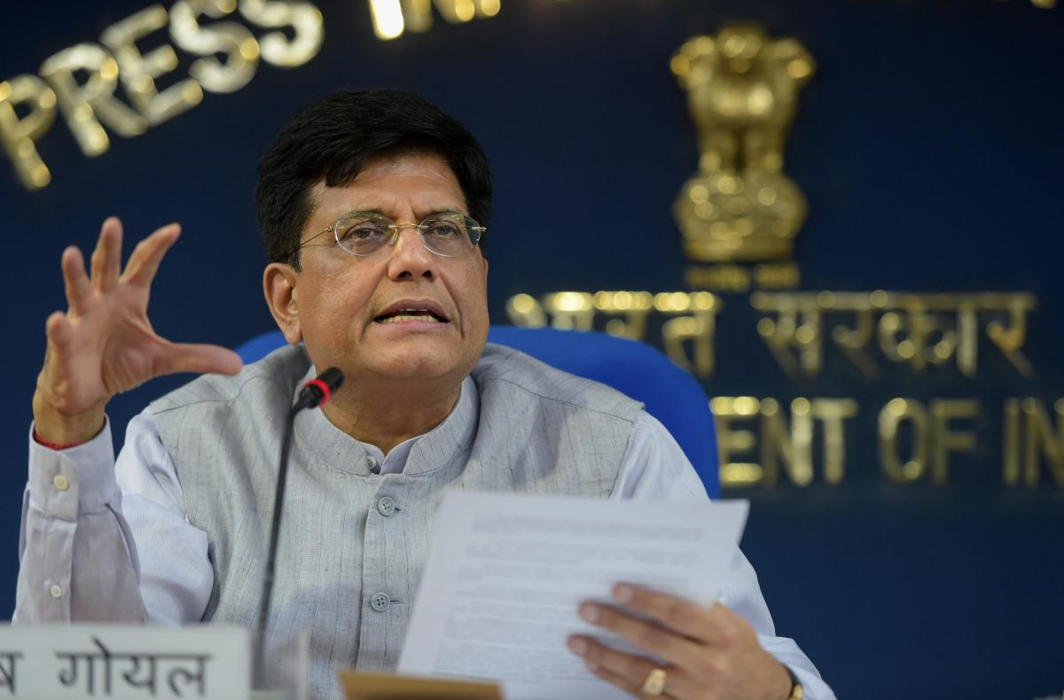 Attacked and mocked by Opposition and BJP leader Subramanian Swamy over report of 50% rise in money deposited by Indians in Swiss banks in 2017, acting finance minister in Narendra Modi government, Piyush Goyal came up with some dubious claims and promises on Friday, June 29.

He questioned how all the money could be assumed to be illegal and said India will get all data on black money from Switzerland by the end of fiscal 2019.

“We will have all the info and if anybody is found guilty, strict action will be taken,” Goyal told reporters in New Delhi. “Today, nobody has the guts to save money outside the country. And it has been possible only because of the government’s hard work,” the caretaker Finance Minister said.

“Agreement between India and Switzerland has this. From January 1, 2018 till end of accounting year (ends March 31, 2019), all data will be made available. Why assume this is black money or illegal transactions?” Piyush Goyal said, referring to the report.

Around 40 per cent of this money is because of the Liberalised Remittance Scheme (LRS), Goyal said. Under the scheme, an individual can remit up to USD 2,50,000 in a foreign account per year.

India has a treaty with Switzerland under which the Swiss government would provide all data from January 1, 2018 till December 31, 2018. India would get data as the accounting year ends, Goyal said.

“We will have all information. If someone is found guilty, the government will take strong action against them,” the Finance Minister said.

While Switzerland has already begun sharing foreign client details on evidence of wrongdoing provided by India and some other countries, it has agreed to further expand its cooperation on India’s fight against black money with a new pact for automatic information exchange.

India and Switzerland have held several rounds of discussions on the new framework on exchange of financial data, and also for fast-tracking exchange of pending information requests about suspected illegal accounts of Indians in Swiss banks.

About an hour after Piyush Goyal’s remarks, Congress president Rahul Gandhi took to Twitter to take a swipe at the Modi government over what he claimed was the government’s inability to win the fight against black money.

2016, HE said: Demonetisation will cure India of "BLACK" money.

Data released by Swiss National Bank reveal that after declining for three successive years, money deposited by Indians in Swiss banks rose 50 per cent to CHF (Swiss Franc) 1.02 billion (Rs 7,000 crore) in 2017 over the previous year.

In comparison, the total funds held by all foreign clients of Swiss banks rose about 3 per cent to CHF 1.46 trillion or about Rs 100 lakh crore in 2017, according to data released by the Swiss National Bank (SNB), the central banking authority of the Alpine nation.

Indian money in Swiss banks had fallen by 45 per cent in 2016, marking their biggest ever yearly plunge, to 676 million Swiss francs (Rs. 4,500 crore) – the lowest ever since Switzerland began making the data public in 1987.

In November 2016, the government had withdrawn high-value currency notes from circulation overnight. PM Minister Narendra Modi had said demonetisation would wipe out black money from the system.

The rupee has also been under severe stress. On Thursday, it breached the 69-mark against the US dollar for the first time, ending the day at an all-time low of 68.79.

BJP leader Subramanian Swamy hit out at the government for its failure in curbing generation of black money. Writing on his Twitter handle, Swamy said, “Secret Swiss bank accounts deposits from global sources rose by three per cent in last 12 months. Indians’ deposits however grew 50 per cent.”

The Congress in a tweet said, “One of PM Modi’s long-standing campaign promises of bringing back black money falls flat. While you sit and wait for your promised Rs 15 lakh, more capital has flown the coop.”

Tweeting a caricature on the development, the Aam Aadmi Party said the black money parked in foreign lands will not return in PM Modi’s government.

General Secretary of the Communist Party of India (Marxist) Sitaram Yechury alleged that prime minister has no time or intention to remember the tall promises he made in 2014.

“From falsifying history to making new promises, Jumlaman has no time or intention to remember tall promises he made in 2014. From depositing 15 lakh in each bank account to making Rupee stronger to doubling farmers’ income, he has only insulted and humiliated us Indians,” he said in a tweet.

In another tweet, Yechury said the data is no surprise since the “Modi government writes off lakhs of crores of unpaid loans of crony corporate and businessmen flee India after looting public money under his watch”.