Home Latest Politics News ‘If our alliance is mahamilawat, what is yours’, Akhilesh Yadav to BJP 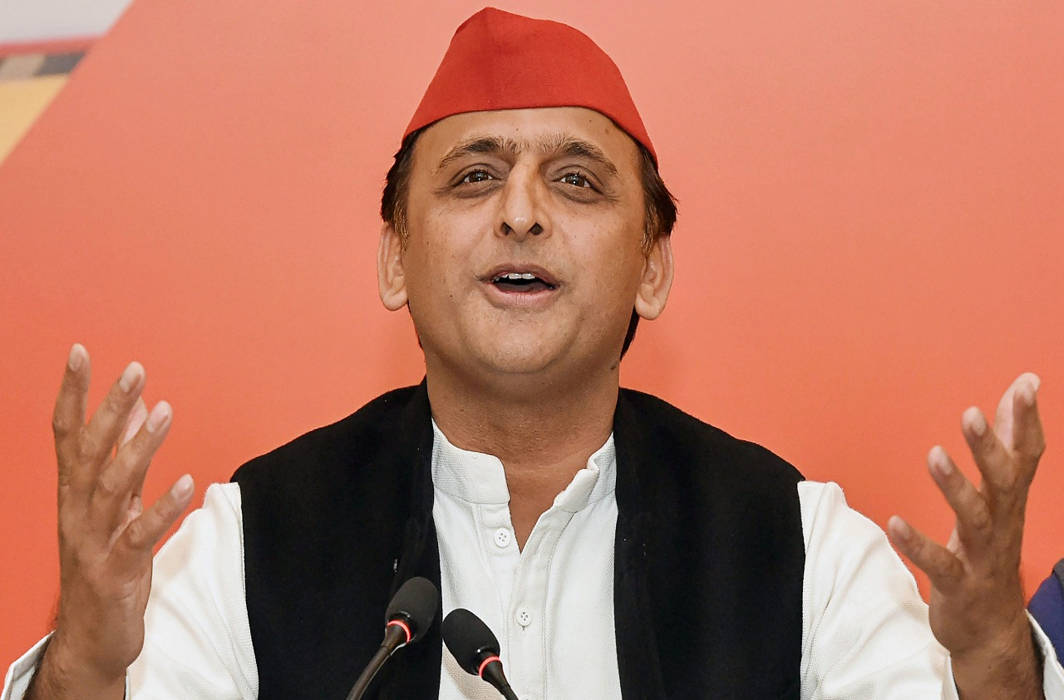 Samajwadi Party Chief Akhilesh Yadav on Tuesday (April 16) slammed Prime Minister Narendra Modi on his reference to the alliance in Uttar Pradesh as ‘mahamilawat’ and asked what one should call the BJP’s alliance with 38 parties.

“If an alliance of three parties is ‘mahamilawat’ then we want to ask them, what do we call your alliance which has 38 parties from across the country? Do suggest us a name,” Akhilesh Yadav said at a rally in Agra.

The Akhilesh Yadav-led Samajwadi Party, Mayawati-led Bahujan Samaj Party (BSP) and the Ajit Singh-led Rashtriya Lok Dal (RLD) have formed an alliance in Uttar Pradesh for the currently underway Lok Sabha elections to take on the Bharatiya Janata Party (BJP). The prime minister has referred to this alliance as the ‘mahamilawat’.

Exuding confidence, Yadav said that the alliance had been working hard and would leave the BJP far behind despite the Election Commission’s banning Mayawati from campaigning for 48 hours.

“The rain of votes has reached them. The voice of the people cannot be subdued. They are trying to subdue Behenji’s voice, but the voting machine will speak loud and clear,” he said.

Saying that Agra is a land of all faiths, he said that Hindus and Muslims coexist here.

“The whole world knows Agra as the city of love. But there is one party that spreads hatred,” he said.

He went on to speak on the topics of demonetisation and the introduction of GST and said that both these decisions had adversely affected the artisans and small traders and farmers.

“Government is playing with figures. If they can do notebandi, then we should do votebandi for them,” Akhilesh said, while calling for people to not vote for the BJP and instead vote for the SP-BSP-RLD alliance.

Akhilesh also spoke about the campaigning ban imposed on BSP chief Mayawati by the Election Commission.

“Mayawati said nothing wrong. Instead she asked all of us to unite. They are all looking for a fault in our alliance,” he said.

RLD chief Ajit Singh also asserted, Behen Mayawati was stopped through a conspiracy. She lives in the hearts of her followers”.