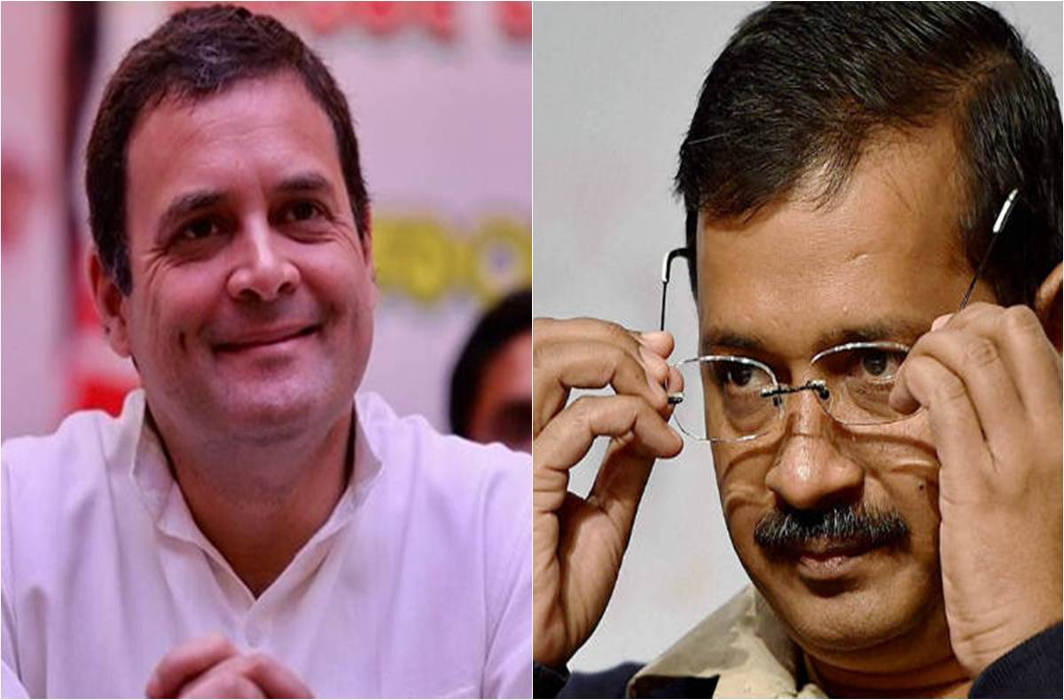 Their mutual ambitions coming in the way, the talks for seat sharing between Congress and Aam Aadmi Party (AAP) came a cropper and the Congress today (Friday, April 12) made it official and final.

The Congress said it will go it alone in all seven seats of Delhi for the 2019 Lok Sabha election. Delhi votes on May 12.

He said that AAP tie-up plan with other states was ‘not practical’, and hence, they are compelled to go alone. “AAP wanted to have an alliance in other states also which is not practical. Every state is different,” Congress in-charge for Delhi PC Chacko said during a press conference.

Blaming the AAP leadership for failing to form an alliance against the BJP in the national capital, Chacko said, “Even today, we are ready for an alliance with the Aam Aadmi Party with seat sharing arrangement of three seats to the Congress and four to them,” Chacko told a press conference in New Delhi, adding that this was the understanding worked out in the talks with the AAP, represented by Rajya Sabha MP Sanjay Singh.

Chacko said after “pact was arrived at” during the talks for alliance, the AAP leadership suggested to have seat-sharing understanding in Haryana and Punjab also. But the Congress did not agree to the AAP condition saying that the political situation is different in those states.

“The day before yesterday, a statement from the AAP came that the Congress is not ready for an understanding. This is not true,” said Chacko adding, “We are compelled to go on our own as AAP is going back on its stand.”

He countered AAP and said his party chief Rahul Gandhi had pushed for the alliance.

“The Congress president had given me assignment clearance to go and discuss with AAP. The political necessity is we should come together and defeat the BJP,” Chacko told reporters.

“The leadership of Congress in Delhi had apprehensions. They all were persuaded and we finally discussed with AAP. Sanjay Singh and we had discussions,” he said.

The Congress leader said AAP was adamant that along with Delhi, the two parties should also have tie-ups in Haryana and Punjab. “The situation differs from state to state. Delhi is an ideal situation where AAP and Congress can come together. We arrived at a pact also. AAP wanted to discuss Haryana and others,” Chacko said.

Attempts to bring the AAP and the Congress together started more than a month ago with a meeting at Maharashtra politician Sharad Pawar’s home, where Mamata Banerjee also urged Arvind Kejriwal and Rahul Gandhi to get talking.

In the weeks following that meeting, there was much resistance from Congress leaders in Delhi, especially its chief Sheila Dikshit, whose 15-year dream run in the capital as chief minister ended because of AAP, which came into existence opposing the grand-old-party during UPA regime over the issue of Lokpal and fight against corruption.

Sheila Dikshit was defeated by AAP convener Arvind Kejriwal in 2013 Delhi assembly polls. The AAP, which came second in 2013, formed a government with outside support of the Congress. The government, however, lasted only 49 days. In the next assembly election held in 2015, the AAP won 67 of 70 assembly seats in Delhi. The Congress failed to win a single seat while the BJP came second with 3 MLAs in Delhi assembly.

Sheila Dikshit had warned Rahul Gandhi and his mother Sonia Gandhi in a letter that an alliance with Kejriwal’s party would hurt the Congress in the long run.

The talks crashed over AAP’s insistence that Haryana and Punjab be thrown in as part of the alliance deal. Arvind Kejriwal, the Chief Minister of Delhi, said he would not need Congress’s help to win the seven seats in Delhi but a tie-up would help limit the BJP in Haryana and in Punjab.

Soon after the Congress announcement today, AAP announced that it had sealed a tie-up with JJP or Jannayak Janata Party.