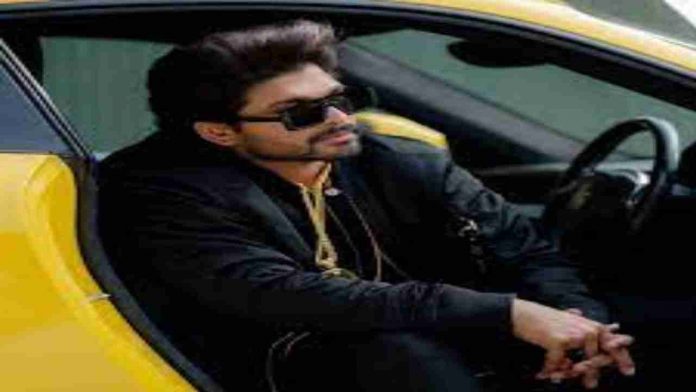 South Indian star, Allu Arjun, hit the headlines after his video of dining at a roadside eatery went viral on the internet. Allu’s viral video is winning hearts on social media and the 38-year-old is garnering praises for his simplicity.

Reportedly, the Telugu actor was traveling to his next film, Phushpa, shoot location in Maredumilli forest in Andhra Pradesh. The makers have a lengthy schedule in the forest. Now, due to heavy rains, the team had to reportedly change the shooting location and moved to Kakinada.

In the viral video, the actor can be seen coming out of a small roadside eatery and paying the vendor. The owner denies taking money, however, Allu pays him Rs 1000. Reportedly, he also asked the vendor to move to Hyderabad for jobs after he found out about his financial crisis. Allu was spotted donning black shorts and a T-shirt.

The actor is currently shooting for his much-anticipated project Pushpa. Directed by Sukumar, the film also stars Rashmika Mandanna and Fahadh Faasil in lead roles. Pushpa will be released in two parts and the first part, Pushpa: The Rise, is slated to hit the silver screens on Christmas this year. The plot of the film revolves around Pushpa Raj who is a red sandalwood smuggler.

The makers of Pushpa have already released its first song Daakko Daakko which has been composed by Devi Sri Prasad. The song has garnered more than 30 million views.

Earlier, the teaser of Pushpa was released on the occasion of Allu Arjun’s birthday on April 8.

Reportedly, Allu Arjun has signed another project under the direction of Boyapati Srinu and has already completed the script reading. The actor might start the shoot in 2022. The upcoming drama film is said to be produced under the banner of Geetha Arts.