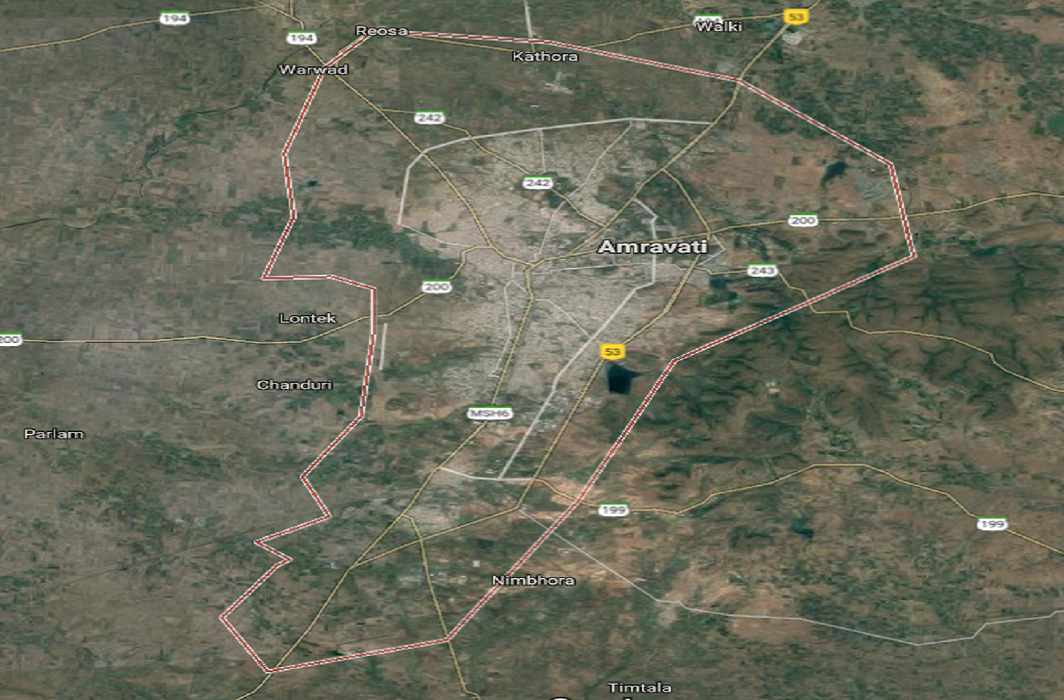 World renowned agricultural scientist Prof. MS Swaminathan has given a strong endorsement to natural cities. In a letter written to Andhra Pradesh Chief Minister Chandrababu Naidu on March 16, 2017, he has emphasised the need to develop Amaravati as the first natural city of India.

Natural cities are self-sustaining cities where the emphasis is on providing a balanced quality of life, as against the consumption based paradigm being pushed in the name of smart cities across the globe.

Unfortunately Naidu is fast putting into action plans to build an energy guzzling ‘smart’ capital on the lines of Singapore and other glittering cities by destroying 30,000 acres of the Krishna river floodplain, one of the country’s most fertile food belts.

Swaminathan has endorsed an alternate proposal that will be less destructive of the environment. In his letter to Naidu he writes, “I enclose a publication by Drs Vikram Soni and Romi Khosla on developing Amaravati…. Implementation of this program will also be in consonance with the UN Sustainable Development Goals. I therefore recommend that the proposal should be carefully examined and its main ecological features incorporated in your plan for Amaravati.”

The proposal drafted by Delhi-based architect Romi Khosla and JNU Emeritus physicist Vikram Soni offers the alternative concept of an indigenous natural city which minimises energy use and allows for a juxtaposition of both urban and rural activities, within an expanded and more meaningful definition of urban space.

Both experts have argued that Naidu’s plan to build the city on the southern flood plains of the River Krishna is environmentally unsustainable and will involve the acquisition of 30,000 acres of prime farm land which presently yields farm incomes of up to Rs 20 lakh per acre per annum.

They have proposed that the two-and-a-half kilometre stretch of the floodplain on either side of the Krishna river must not be destroyed.

Instead they have come up with an alternative ‘Amaravati Natural City’ model whose plans have been submitted to the chief minister’s office. Unlike the energy intensive malls and high-rise chrome plated offices and residential complexes that are in fashion, the Amaravati Natural City model has been designed to help maintain a fine ecological balance.

The Khosla and Soni blueprint adopts a checkerboard approach where built spaces alternate with urban farms, pastures and orchards irrigated by the city’s wastewater. Such a layout will ensure green convection currents that will pull air from the green spaces into the warmer built areas, thereby bringing down the temperature of the city by two to three degrees. It will also provide a naturally pleasing environment with many open spaces for residents to relax in.

In contrast the master plan prepared by Subarna Jurong, the Singapore based company, apes the high rise cities of Singapore and Dubai with their glittering buildings, golf courses, malls and casinos. Subarna Jurong has now pulled out of the project finding the AP laws on land acquisition not in consonance with those spelled out is Singapore but they have presented the state government with a hefty Rs 11 crore for preparing the blueprint.

The KC Sivaramakrishnan Committee, set up in the wake of the Andhra Pradesh Reorganisation Act 2014, had pointed out that areas with a high water table such as the Krishna floodplains are not suitable for conventional construction.  Infrastructure projects in such areas take far more time than is being stated by the Andhra government. The committee report cites the example of many cities built post Independence including Chandigarh, Bhubaneshwar, Durgapur, Bokaro and Rourkela where seven to eight years were spent in just putting the basic infrastructure in place and that too at a very high cost. A decade was spent in completing construction of these cities.

Soni, who has spent many years studying river flows and flood plains, provides an additional reason for preserving the Krishna flood plain. He points out that flood plains soak up rainwaters and are valuable sources of underground water. Given the acute water shortages prevailing across south India, such resources are doubly precious. “My calculations show that these floodplains can yield an annual 60-75 million cubic metres of water per annum which can earn the state government a revenue of Rs 950 crore a year,” he said.

Bolisetty Satyanarayana, a politician activist who fought the 2014 Lok Sabha elections from Vishakhapatnam, has come out strongly in support of the farmers, insisting this is one of the most important granaries of India that gives three to four crop yields a year. “These farm lands should not be disturbed under any circumstances,” said Bolisetty.

The Sivaramakrishnan committee had clearly recommended that the food bowl of Andhra Pradesh extending across Vijaywada, Guntur, Tenali and Mangalagiri should remain undisturbed .

Retired IAS oficer MG Devasahaya, who was in charge of the Phase 2 construction of Chandigarh, had also led a fact finding team for investigating the 29 villages which fell within the capital region and which the AP state government wants emptied out.

Devasahaya had pointed out that the Andhra Pradesh Captial Region Development Act (APCRDA) 2014 was introduced in the state assembly and passed without public consultation and was therefore violative of the existing Land Acquisition Act.

Two years ago, Pandalaneni Srimannarayana filed a case to protect the floodplains and fertile agricultural lands. The case has been argued before the National Green Tribunal (NGT), which reserved its judgement on this matter in May 2017 after the Naidu government gave an assurance that no construction would take place on the flood plains. But said Bolisetty, “Construction is going on at full speed. The central government has sanctioned Rs 450 crores for construction of roads which are presently being built over the floodplains at a height of five metres.”

The question that comes to mind is, why do all pro-environment efforts today end up in the court of the National Green Tribunal? Surely, our state governments need to move beyond giving lip service to sustainability. Officially, India is committed to the United Nations’ goal of Sustainability as also to fighting climate change and protecting livelihoods. In fact, the UN Indian chapter for the UN Habitat 3 has also come out strongly in favour of natural cities.

And yet, each time the government is presented with an alternative model, it fights shy of adopting a sustainable solution. As a nation we have not learnt from our mistakes, despite the enormous losses suffered with the flooding of the Adyar and Coovam rivers in Chennai, the Mithi river in Mumbai or the spate of rivers that flooded in Uttarakhand. We are willing to destroy one more crucial flood plain in the dream of building an imperial capital.

A fundamental redefinition of our present idea of urbanisation is urgently required in order to move away from destructive mega cities that drain away huge natural resources.

Bolisetty pointed out, `When the NGT did not approve of Sri Sri Ravi Shankar’s use of 25 acres of land on the Yamuna floodplain in order to hold an international event, how can APCRDA presume they will allow them to destroy 10,000 acres of land located on the Krishna floodplain?’