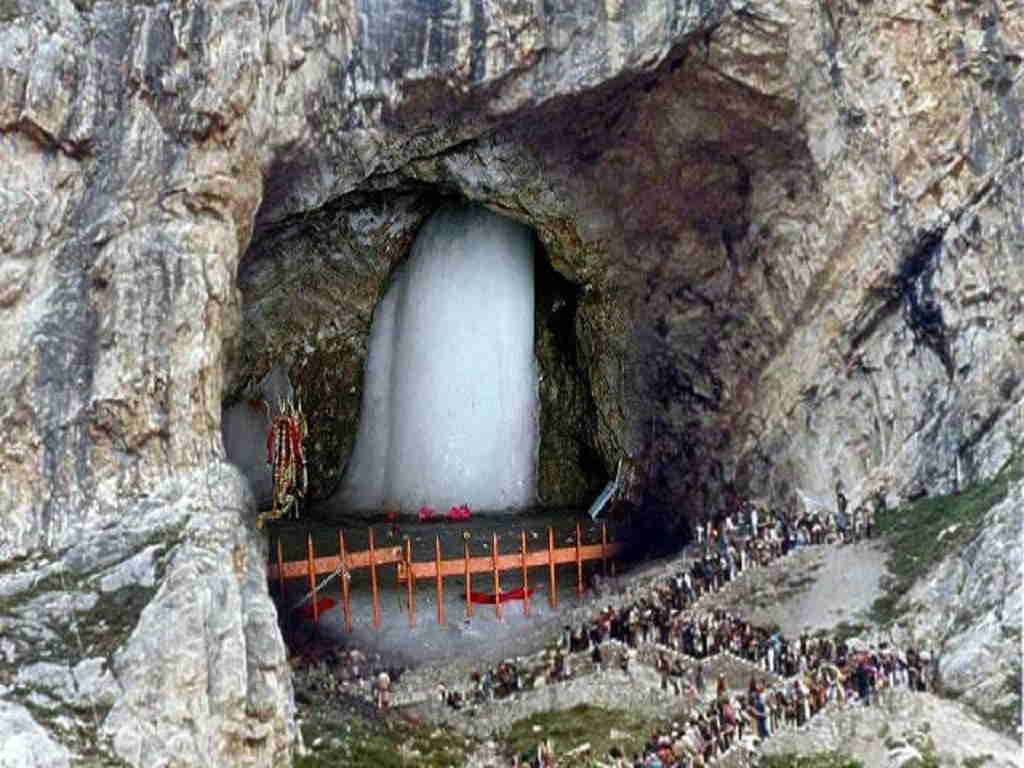 Declaring the Amarnath shrine a ‘silence zone’, the National Green Tribunal has banned chanting of mantras, ringing bells and raising jaikaras (slogans to hail the deity) in the holy cave.

Last month, the tribunal had pulled up the Amarnath Shrine Board for failing to provide adequate infrastructure facilities to pilgrims and asked it to submit a status report in this regard in the first week of December.

In its order on Wednesday, Dec 13, the tribunal issued a slew of directives:

The NGT had formed a committee of experts headed by additional secretary of Ministry of Environment and Forests (MoEF) to submit primary action plan on providing facilities to the pilgrims.

It had earlier asked the committee to consider declaring the area around the Amarnath Shrine cave as ‘silence zone’ to prevent avalanches and ensure there is prohibition on carrying of religious offerings inside the cave to maintain its pristine nature.

During the hearing in November, the tribunal had also sought to know if the Amarnath board had complied with the Supreme Court’s 2012 directions to improve infrastructure to prevent casualties during the pilgrimage. In 2012, the SC had set up a high-powered committee to recommend measures to prevent casualties during the Amarnath Yatra. The committee comprised senior officials from the Centre, J&K government, security forces and the shrine board. The apex court had taken suo motu cogizance of media reports claiming a rise in casualties due to lack of infrastructure and medical facilities.

The NGT had imposed similar directions for the Vaishno Devi shrine in J&K in November. It capped the number of pilgrims at the shrine at 50,000 a day. To prevent any untoward incident, it directed authorities to construct a new path exclusively for pedestrians and impose fine on pilgrims found littering.