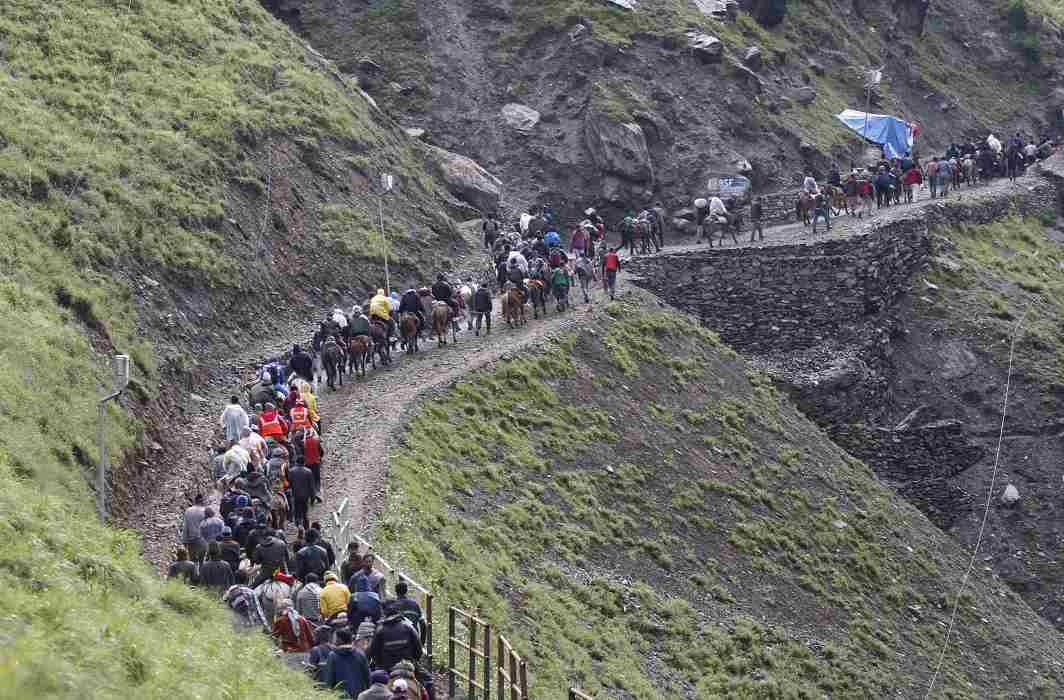 The first batch of 2,280 Amarnath pilgrims left Jammu base camp for the cave shrine in the Kashmir Valley on Wednesday. The ‘Yatra’ is being organised amid extraordinary security arrangements after intelligent inputs warned of militant attacks.

The pilgrim convoy was flagged off by Deputy Chief Minister of Jammu and Kashmir Nirmal Singh and is being escorted by the Central Reserve Police Force (CRPF).

In a letter to the security agencies that went viral in the social media, IGP Kashmir Zone Muneer Khan said, “Intelligence input received from SSP Anantnag reveals that terrorists have been directed to eliminate 100 to 150 pilgrims and about 100 police officers and officials.”

“The attack may be in the form of stand-off fire on yatra convoy which they believe will result in flaring of communal tensions throughout the nation,” the letter read.

Khan has also asked officers and officials on ground to remain alert and keep utmost vigil.

Earlier on Tuesday, Home Minister Rajnath Singh chaired a security review meeting to assess the security arrangements for the Yatra. Home Secretary, Director of the Intelligence Bureau, Joint Secretary Kashmir and Ministry of Home Affairs (MHA) officials were present in the meeting.

The highest-ever multi-tier security setup has been put in place to prevent any disruption to the yearly Hindu pilgrims visit to the holy site. The Yatra has always been in Pakistan’s target but this year the threat is at the highest level as it coincides with the first anniversary of the killing of Hizbul Mujahideen commander Burhan Wani.