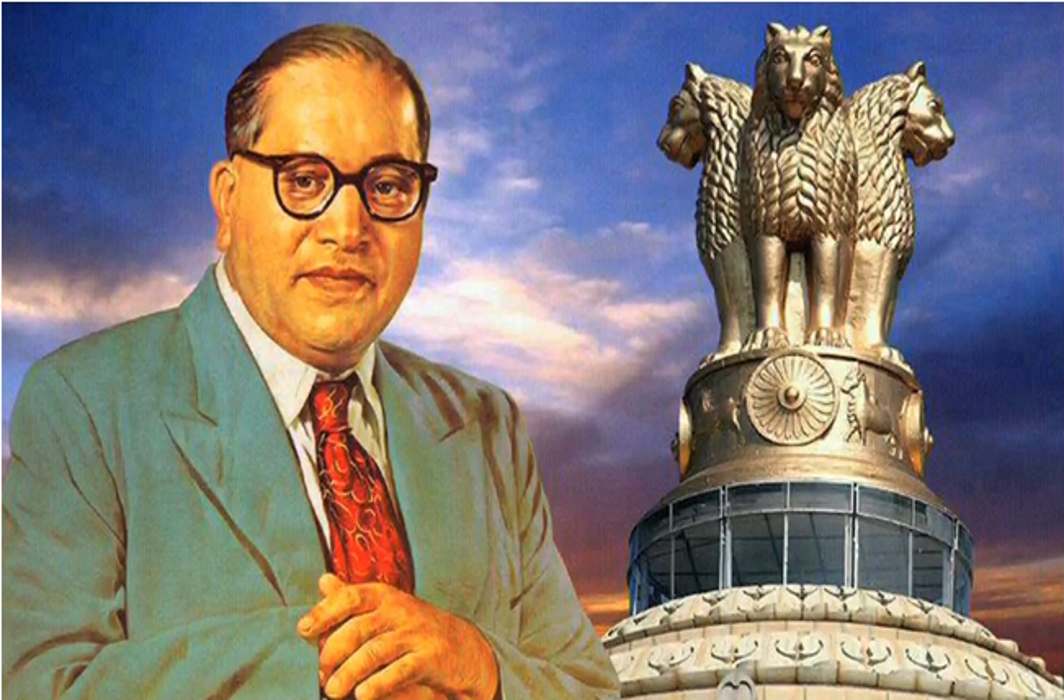 Amid attacks from opposition and trying hard to combat the anti-Dalit image of the BJP, Prime Minister Narendra Modi, BJP president Amit Shah and other party leaders made a beeline to pay tribute to Dr BR Ambedkar on his 127th birth anniversary on Saturday, April 14.

PM Modi said in a statement: “Pujya Babasaheb gave hope to lakhs of people belonging to the poorest and marginalised sections of society. We remain indebted to him for his efforts towards the making of our Constitution.”

President Ram Nath Kovind greeted the nation to say: “Homage to Dr B.R. Ambedkar on his birth anniversary. An icon of our nation, Dr Ambedkar was a multifaceted personality who waged a life-long struggle for a modern India free of caste and other prejudices, ensuring equal rights to women and for the disadvantaged.”

Congress president Rahul Gandhi tweeted: “His life and thoughts about equality, humanity, brotherhood, social justice give us inspiration to carry on the struggle.”

The day was marked also by protests from Dalits. In Delhi, some people from the community “cleansed” BR Ambedkar’s statue soon after Union Minister Maneka Gandhi and BJP leaders paid floral tributes to the Dalit icon. Members of the Dalit community claimed that the presence of BJP leaders had ‘polluted’ the atmosphere.

A group of Sikhs too protested against alleged atrocities perpetrated against minority communities in India during the commemoration of Babasaheb Ambedkar’s birth anniversary at the United Nation’s headquarters.

Modi government and BJP, tried to reach out to Dalits in the aftermath of their violent protests, asserting that at every juncture they stand “shoulder to shoulder” with the community and accused the Congress of fuelling tension in the society with an eye on elections.

Earlier this month, Modi had blasted opposition parties for politicising Ambedkar’s legacy, blaming the previous governments for not paying due respects to the Dalit icon.

The Congress hit back, accusing the BJP of ‘eroding’ the legacy of Baba Saheb Ambedkar and said PM Modi was merely paying him lip service as his party and the RSS have an ‘anti-Dalit mindset’. Congress leader Selja charged the prime minister with doing politics over the legacy of the Dalit icon.

“I want to tell Modi ji and his government that commemorating places related to Babasaheb’s life and inaugurating schemes in his name, will in no way lead to development of Dalits,” said Mayawati.

In Ahmedabad, five men including members of Rashtriya Dalit Adhikar Manch, were detained when they tried to protest garlanding of Ambedkar’s statue at Sarngpur in Ahmedabad by BJP MP Kirit Solanki.

Alleging that BJP is anti-dalit, convener of Rashtriya Dalit Adhikar Manch and Vadgam MLA Jignesh Mevani had given call to prevent BJP members from paying tribute to Ambedkar on his birth anniversary. But events led by Gujarat chief minister Vijay Rupani in Gandhinagar and BJP president Jitu Vaghani in Surat did not see any protest.

In western Uttar Pradesh, Meerut, which witnessed widespread protests by Dalits during the nationwide protests on April 2, was on high alert. The security measures taken include blocking of internet services from 9 pm on Friday to 8 pm on Saturday, an official at the district magistrate’s office said.

Punjab’s Phagwara was tense after a communal clash broke out between a Dalit and a Hindu outfit over renaming of a traffic intersection in a bid to pay tribute to Ambedkar late Friday night.

Before the nation commemorated the birth anniversary of the Dalit icon, a statue of BR Ambedkar in Richhpal Garhi village of Bisrakh in Greater Noida was found damaged. The incident came to light Thursday morning when the villagers spotted the statue of Ambedkar damaged. Heavy police force was deployed in view of the tense situation. According to media reports, Suniti Singh, SP (rural), said a case was registered against unknown persons for vandalism and that the guilty would not be spared. A large number of people from nearby villages had gathered after news of the vandalism spread. Police, however, contained the mob. Singh said that the damaged statue was being replaced with a new one.

On Friday, Dalits took strong objection to the painting of the upper part of an under-construction Ambedkar memorial in Uttar Pradesh’s Gorakhpur in saffron. The protesters, however, said a private jewellery firm had undertaken the painting work as part of its corporate social responsibility (CSR) project and “the government had nothing to do with it”.

Chandrashekhar, the president of a local Dalit group, said, “They would have painted the entire memorial saffron had we not protested.” “The jewellery firm agreed to our demand to re-paint it in white and used red paint to write “Ambedkar Chauraha” on it. The government wasn’t involved in this,” he said.