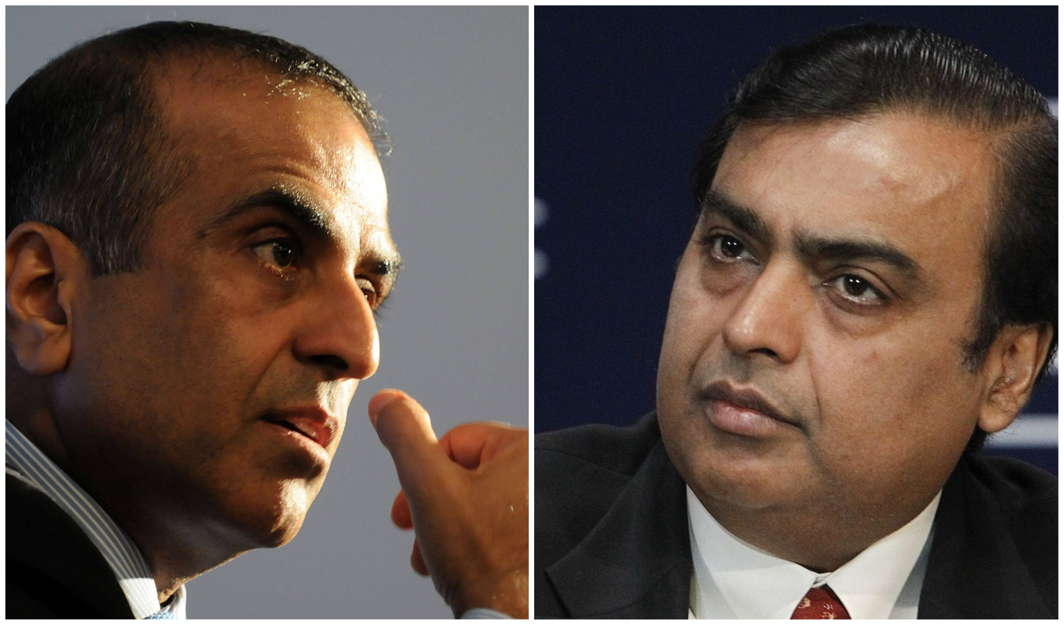 Bharti Airtel, along with other telcos, had earlier locked horns with newcomer Reliance Jio, blaming it for causing disruption in the wireless mobility market.


Amid a bitter war between the country’s two telecom giants Bharti Airtel and Reliance Jio Infocomm, their company heads Sunil Mittal and Mukesh Ambani came together at a common platform at an industry conference in New Delhi.

The two major telecom providers had been at loggerheads over several issues after the launch of RJio. Sharing the center stage with Ambani at the India Mobile Congress (IMC), on Wednesday, Mittal said that both carriers have to come together, despite competition, to build up a better ecosystem.

“I hope with friends like Mukesh, we will build something in the future,” said Mittal. Further quoting William Wordsworth, Mittal added, “Bliss was it in that dawn to be alive, But to be young was very heaven!”

With the two referring to each other as friends, Ambani further called for mutual cooperation to work for Prime Minister Narendra Modi’s ‘Digital India’ campaign. “We must break silos and forge partnerships. No corporate, nor the government, can do it alone. Together, we can achieve the unimaginable,” he said.

Being one of the oldest telecom players in the country, Mittal’s Bharti Airtel, along with other telcos had earlier locked horns with newcomer Reliance Jio, blaming it for causing disruption in the wireless mobility market.

However, in a call for unity, Ambani said, “Let’s not forget India provides a big enough opportunity for all of us to grow and prosper together. The opportunity to pave the path for our nation’s progress and create a better quality of life for every Indian beckons us.”

Also advocating a collaborative approach, Mittal, during his speech, said, “Clearly, as Mukesh pointed out, none of us can do it alone…We all have to come together. While we compete head on for benefit of consumers, we have to collaborate amongst ourselves.”

Speaking on the industries differences over the cut in call connect rates, Mittal said, “Those issues have to be kept aside. We have to build India’s digital dream and that is what we are working on.”

Also present at the arena, Union Minister Dharmendra Pradhan said that the customers were mostly benefited in the “healthy competition” between the telecom giants. Citing frequent lucrative deals offered by telecom service providers, Pradhan said, “Twenty years ago, call rates used to be between ₹19—25 per minute, but because of their (Ambani and Mittal) healthy competition, now there is free talktime, and data is the new oil.”