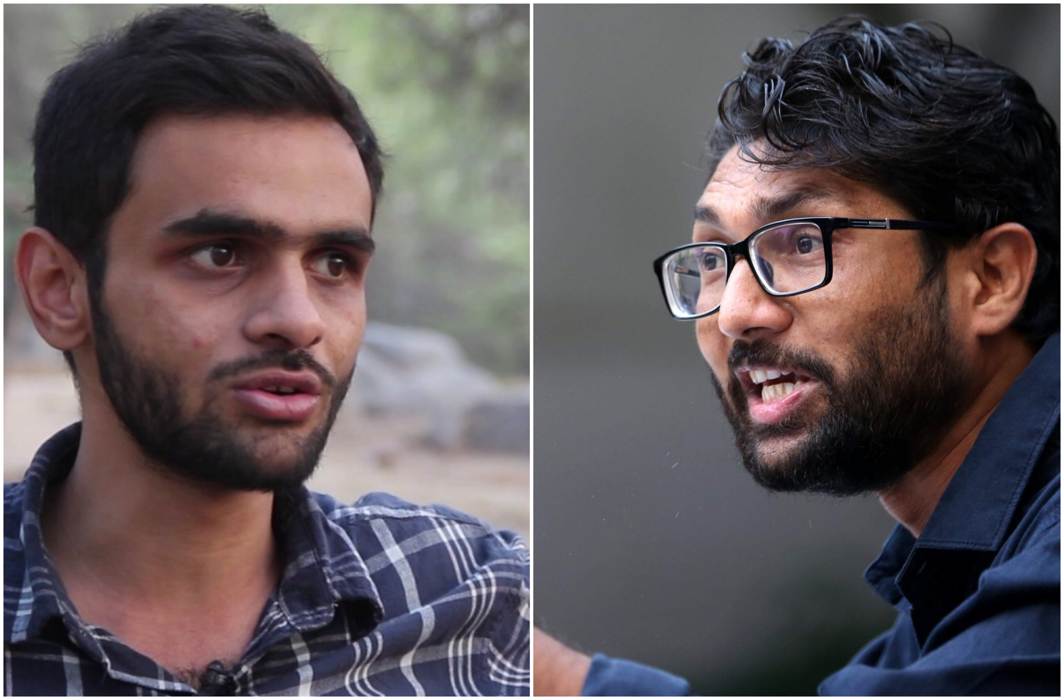 Chhatra Bharati has decided to carry on with discussions on its Facebook page – where all the speakers will be joining irrespective of their locations.

A day after the Maharashtra police denied permission to hold the rally – of which Gujarat MLA and Dalit leader Jignesh Mevani and JNU student Umar Khalid were a part of – the student organization Chhatra Bharati has now planned to take the discussion online.

With the Mumbai police restricting Khalid and Mevani’s entry into the state, the students group has decided to carry on with the discussions on Chhatra Bharati’s Facebook page – where all the speakers will be joining irrespective of their locations.

Earlier on Thursday, the Pune police had booked Jignesh Mevani and Umar Khalid under sections 153A (promoting enmity between different groups on grounds of religion, race, place of birth, residence, language, etc., and doing acts prejudicial to maintenance of harmony), IPC sections 505 (statements conducive to public mischief) and 117 (abetting commission of offence by the public).

While many term the police action as “cowardly”, the Mumbai police raided Bhaidas hall in Vile Parle in Mumbai and stopped the organizers from holding a program in which the young leaders were scheduled to speak.

As reported by the India Today, students at the Vile Parle venue said, “We were asked to come out of the hall saying that the hall was to be checked for any bombs and when we were outside we were not let in. So we started protesting so for that we were detained then.”

According to Maharashtra legislature Kapil Patil – who was also expected to deliver speech at the event – “There are approximately 700 to 800 students who have been detained and taken to various police stations. Some are at juhu, many have been sent to Santa Cruz, DN Nagar and other police stations.”

The police stated that they denied permission to Khalid and Mevani to speak at the event since the duo faces accusations of inciting violence through their proactive speeches at Bhima-Koregaon a few days ago.

Refuting the police claims, the Chhatra Bharati Mumbai president stated that the event was planned two months ago and the Dalit leader and JNU student were scheduled to speak as speakers.

“We had received all permissions for the annual programme. Till last night police claimed that they will extend all help. But all of a sudden, they cracked down on the program,” he said.

Meanwhile, strongly countering allegations of triggering “communal disharmony”, Mevani on Friday hit out at Prime Minister Narendra Modi, questioning him on whether Dalits across the country have the right to hold peaceful rallies and protest.

Claiming that the Bharatiya Janata Party (BJP) is “threatened by his growing popularity”, the Dalit leader said, “the party is attacking me because they arrogantly thought they would win 150 seats in Gujarat and stopped at 99…and now are worried about the 2019 national election.”

“If Dalits continue to be targeted and my reputation is continued to be tarnished, Mr PM we will teach you a lesson in 2019. Prime Minister is a self-proclaimed follower of Dr BR Ambedkar, why is he silent? Why are Dalit events like the in Pune attacked? Why are Dalits not secure in India? We want to know if he has any commitment to the annihilation of caste…which was Dr Ambedkar’s ultimate goal,” he added.