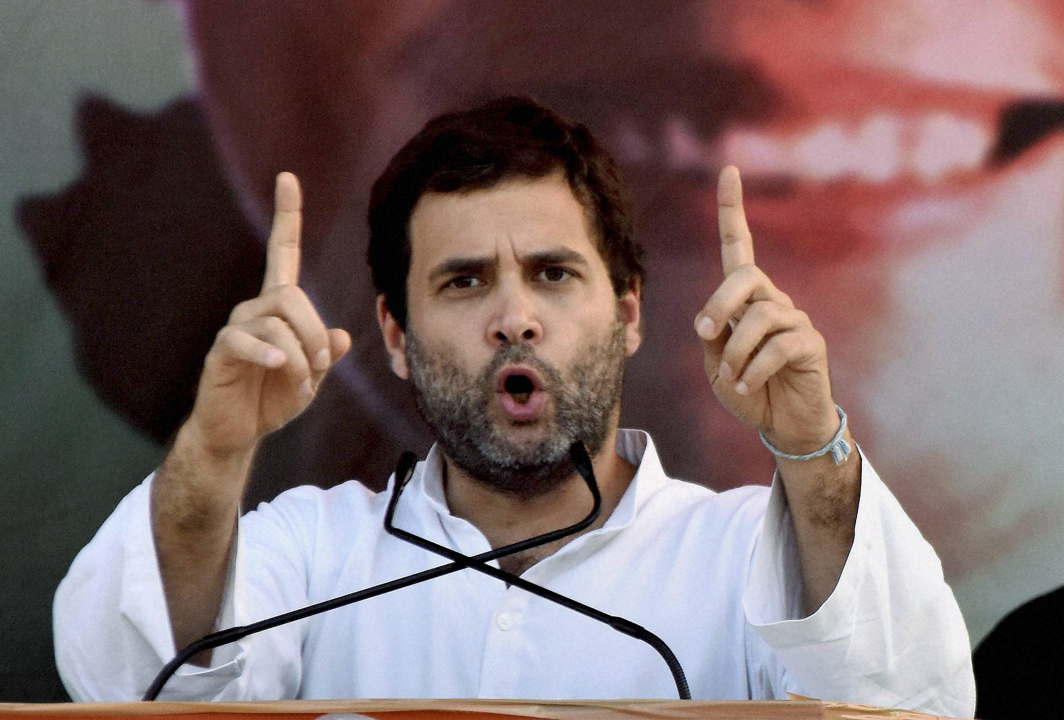 In family bastion, Rahul Gandhi says: If PM Modi cannot address issues of farmers and youth, he should go, claims Congress will do it in six months

In a bold and rather ambitious claim, Congress vice president Rahul Gandhi hit out at Prime Minister Narendra Modi and NDA BJP government, on Wednesday, asserting that they should leave the seat of power if they can’t address the issues concerning farmers and the youth. Addressing his Lok Sabha constituents in Amethi, Rahul claimed that his party can address the challenging issues “within six months” of being voted to power.

The full frontal attack by Rahul comes at a time when there’s renewed speculation that he might be elevated as the Congress president some time after Diwali, taking over the post from his mother, Sonia Gandhi. Rahul’s visit to Amethi – his first in six months – also comes days ahead of a scheduled mega-rally being planned by the BJP for October 10 in Amethi which will be addressed by the party’s national president Amit Shah and Union information and broadcasting minister Smriti Irani, who has been trying to get a foothold in Amethi ever since she lost out to Rahul from the seat in the 2014 Lok Sabha polls.

The new found aggression of the Congress vice president seems to stem from his party’s belief that his criticism of the Narendra Modi government over its perceived failure of preventing the Indian economy from descending into doom and red-flagging issues like unemployment among the youth while he was on his US trip have struck a chord with the electorate back home.

Rahul hit out at the Modi government for its alleged attempts of rehashing UPA-era schemes and programs while not having anything new to offer to the people. He cited the example of the Mahatma Gandhi National Rural Guarantee Act (MGNREGA) which was launched as the flagship social sector program of then Prime Minister Dr Manmohan Singh’s government’s during the first UPA term.

The Congress vice president said that Modi had “first said NREGA is a waste but after a few months he realised (that it wasn’t) and now the Prime Minister says that the scheme is beneficial.”

Rahul, who had earlier been asked by the Amethi district administration to postpone his three-day visit to his Lok Sabha constituency, was later allowed to go ahead with his planned tour that began on Wednesday as per schedule.

The Congress leader said the GST was also a Congress initiative and the party-led government had come up with the tax reform after consulting people, including small traders and farmers.

“They told us that it was good to replace several taxes with one tax but there should not be any increase in taxes. We promised them that there will be a maximum tax of 18 percent under the GST. But the BJP government created many slabs with the maximum of 28 percent and then every state has its own GST,” Rahul said.

Rahul reiterated the criticism hurled at the Centre by the likes of former Prime Minister Dr Manmohan Singh and BJP veterans Yashwant Sinha and Arun Shourie over the GST implementation. The Amthi MP said that the “wrong implementation” of the GST has caused several hardships to small traders and narrated how a shopkeeper, who also sells a mixture of dry fruits in small packets, told him he was in a quandary.

“The shopkeeper was confused. In the packet of the mixture, one item carried a different GST slab and the other carried a different one,” Rahul sai, adding that the BJP government had not understood the spirit behind the GST and implemented it “hastily and recklessly”.