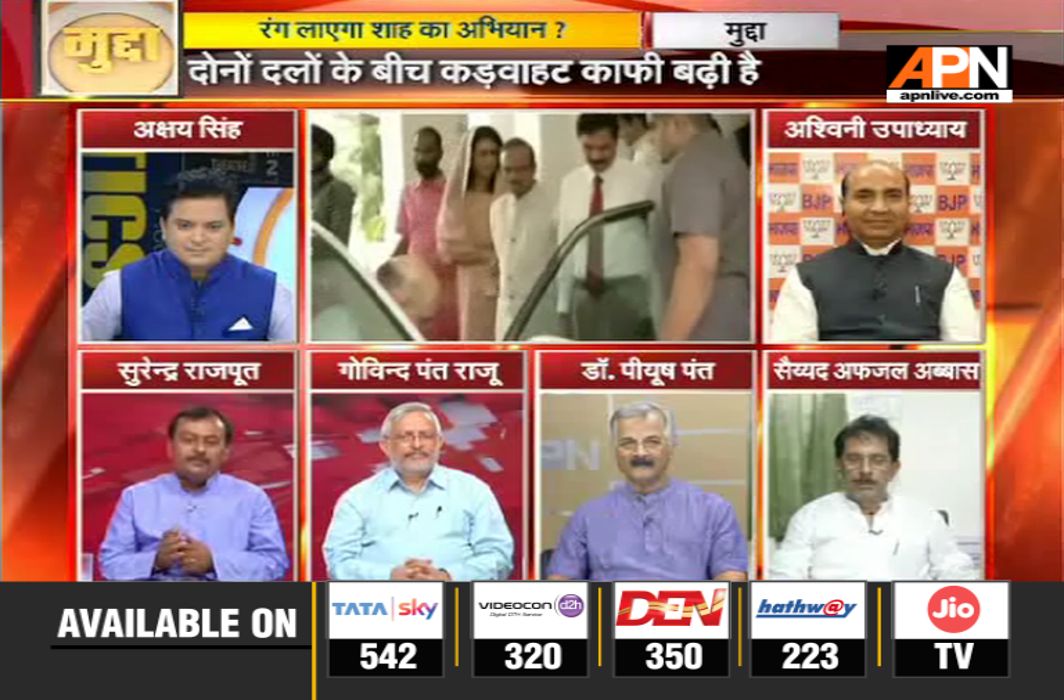 Amidst differences within the National Democratic Alliance (NDA) allies and several setbacks in the recent by polls, Bharatiya Janata Party (BJP) President Amit Shah has scheduled meetings with key allies including the disgruntled leaders of Shiv Sena and Shiromani Akali Dal.

The BJP leadership’s grand outreach campaign has been planned against the backdrop of developments in Karnataka where Congress and the Janata Dal (S) have formed the government. There are reports of the opposition parties maneuvering to cobble together a broad-based coalition against the Narendra Modi government for 2019 Lok Sabha elections.

Shah is in Mumbai on Wednesday as part of his ongoing Sampark for Samarthan (Contact for Support) initiative to meet Shiv Sena chief Uddhav Thackeray at Matoshree, the latter’s residence. He is scheduled to travel to Punjab on Thursday to meet Shiromani Akali Dal (SAD) leader Prakash Singh Badal and former Punjab deputy CM Sukhbir Singh Badal. He will also meet Bihar chief minister and Janata Dal (United) leader Nitish Kumar and other allies as well in the coming days.

Responding to a query on the present BJP campaign Ashvini Upadhyay, the party spokesperson, said that all pro-dynasty parties including Congress, Samajwadi Party (SP), Rashtriya Janata Dal (RJD) have come together for their survival.  He also claimed that number of NDA partners have grown because BJP contest elections along with its allies and form governments together with them.

On this, Govind Pant Raju, the Consultant Editor of APN, said that it was not easy journey for BJP. If it was easy ride then BJP leadership did not require contact and support campaign, he asserted.

Congress spokesperson Surendra Rajput said that United Progressive Alliance (UPA) is contesting elections under the people’s leadership. He claimed that there was no leadership shortage in the Congress unlike BJP.

Sayed Afzal Abbas, the JD(U) leader, said that there was no doubt that BJP is a huge political party. But they should display their accommodativeness. He said that Bihar elections were contested under Nitish Kumar’s leadership and he would remain the NDA face in the state in future elections as well.

Dr. Piyush Pant, a senior journalist said that Shiv Sena was trying to salvage its lost image. Shiv Sena was an important and powerful political force under Bal Thakery’s leadership. But now situation has changed and BJP has displayed its political power in the state.