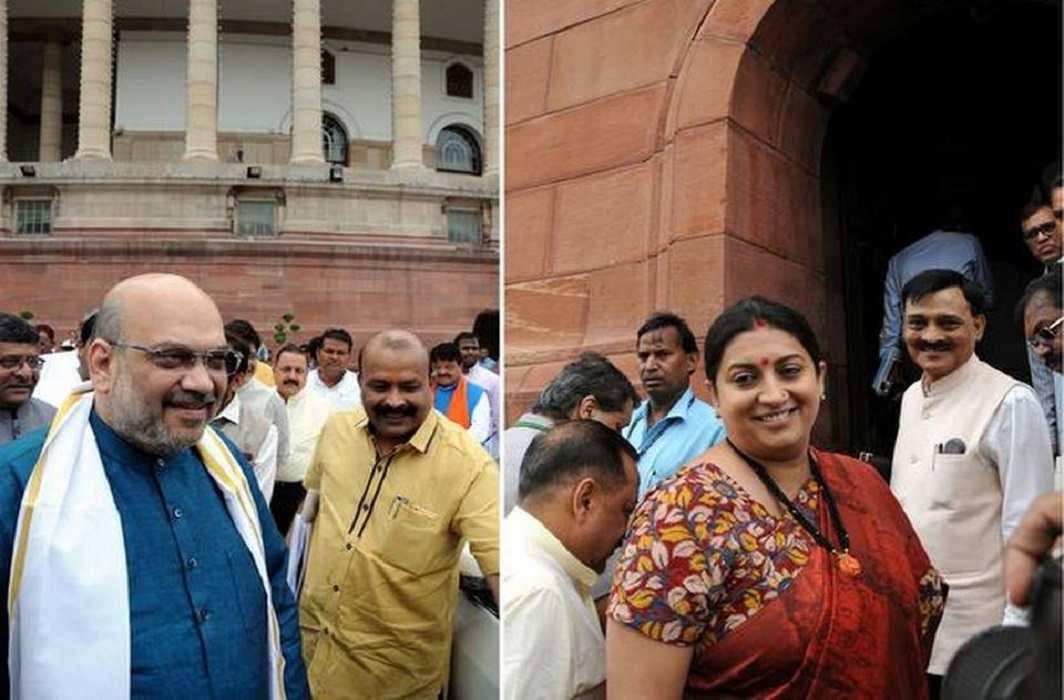 Bharatiya Janata Party (BJP) national president Amit Shah was formally sworn-in as a member of the Rajya Sabha, on Friday, little over a fortnight after he sailed through in the RS election to earn his debut stint as a parliamentarian. Shah’s party colleague and Union minister Smriti Zubin Irani, was also sworn-in for what would be her second term in the Rajya Sabha.

Both Shah and Irani – who won their election on August 8 – will represent Gujarat in the Rajya Sabha. Chairman of Rajya Sabha, M Venkaiah Naidu administered the oath of secrecy to both the BJP leaders.

Shah’s entry into the Rajya Sabha is expected to give a boost to his party colleagues in the house, where unlike the Lok Sabha, the BJP-government is still in a minority despite the party itself having recently managed to become the single largest bloc.

Shah, political observers believe, will ensure that the government’s legislative and political agenda is articulated well by its representatives in the Rajya Sabha against the Opposition’s attacks. The BJP had recently suffered a major setback in the Rajya Sabha when some key amendments moved by the Congress to the government’s Constitution (Amendment) Bill seeking to provide a constitutional status to the National Commission for Backward Classes were passed by the House because of poor floor management and absenteeism in the Treasury benches.

Both, Prime Minister Narendra Modi and Shah, have been constantly warning BJP’s Rajya Sabha members against being absent from the House when key legislative business is being transacted. Since the Modi government is still about eight months away from winning a majority in the Upper House, each session of Parliament presents a piquant situation before the BJP as despite ensuring easy passage of the Centre’s legislations in the Lok Sabha, the party faces an uphill task to achieve the same in the Rajya Sabha due to its lack of numbers.

With Shah now in the Rajya Sabha, it is expected that the BJP would appear more aggressive in debates and discussions in the House.