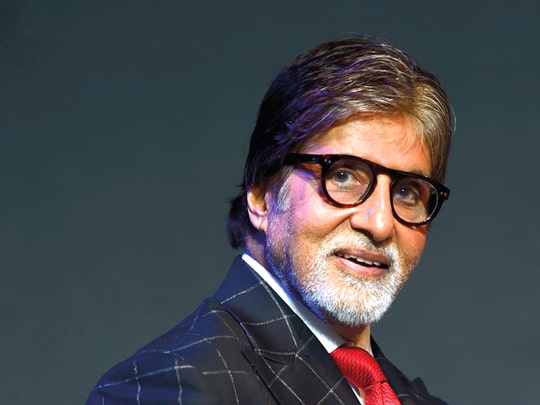 Bollywood megastar Amitabh Bachchan has been roped for Prabhas and Deepika Padukone’s forthcoming film which is helmed by the Mahanati fame and acclaimed director Nag Ashwin. Revealing the news through a teaser, the big announcement was made by Vyjayanthi Movies production house on Twitter. The yet to be titled sci-fi film will mark the debut of Bollywood star Deepika Padukone in Tollywood.

Meanwhile, Big B expressed his joy over the big announcement. He shared a post on twitter, saying he is humbled and filled with pride for the honour to be a part of the venture.

The teaser shows a glimpse of some famous characters portrayed by superstar Amitabh Bachchan that says, a legendary film cannot be made without the legend.

Director Nag Ashwin tweeted that Bachchan will have an important and full-length role in the flick.

Deepika Padukone joined the cast of the film in July this year and expressed her joy and excitement on Instagram.

Nag Ashwin’s multilingual sci-fi project is set in the backdrop of a third World War and is touted to be a first-of-its-kind. The director had earlier said that it would not be just a pan-India film but pan-world. Reports said the team is planning to kick-off the shoot in early 2021 once the prevailing pandemic situation gets back to normalcy. The makers are also planning to rope in many popular actors across the country and an announcement regarding the same will be made soon.

Meanwhile, Prabhas is shooting in Italy for his upcoming romantic-drama ‘Radhe Shyam’, starring Pooja Hegde as the leading lady. Deepika was last seen in Meghna Gulzar’s ‘Chhapaak’ based on the life of Laxmi Agarwal, an acid attack survivor.