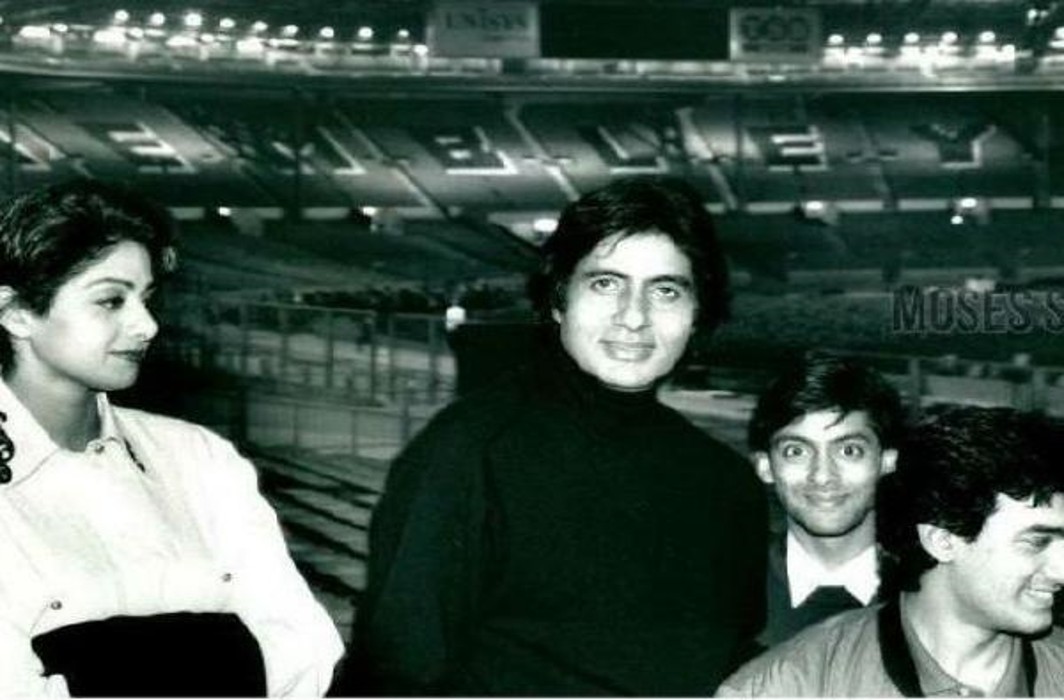 Amitabh Bachchan on Wednesday shared a photo with Sridevi, Aamir Khan and Salman Khan at Wembley Stadium on Instagram.

The old photo shows Amitabh Bachchan with late actor Sridevi and the two Khans of Bollywood, Salman and Aamir.

While Big- B is smiling at the camera in the photo, the Khans looked happy to be sharing the frame with the megastar. Sridevi, as always, is everything elegant and beautiful.

Amitabh Bachchan stirred up emotions when he shared the photo. He captioned the photo, “MY concert at Wembley Stadium .. first ever by Indian .. I took Sridevi , Aamir and SALMAN for their first concert .. 70,000 people .. historic !! This is the Wembley Stadium before it was rebuilt and altered .. you see the altered now often on Premier League Football…”

MY concert at Wembley Stadium .. first ever by Indian .. I took Sridevi , Aamir and SALMAN for their first concert .. 70,000 people .. historic !! This is the Wembley Stadium before it was rebuilt and altered .. you see the altered now often on Premier League Football..

A few hours earlier, Amitabh Bachchan thanked his fans on social media who wished his son Abhishek Bachchan on his birthday. He shared a photo and expressed gratitude and wrote, “T 3081 – Thank you so much .. this is most generous and unique .. ”

On the work front, Amitabh Bachchan will be seen with Alia Bhatt and Ranbir Kapoor in Ayan Mukerji’s fantasy drama Brahmastra. The film also stars Akkineni Nagarjuna and Mouni Roy and is expected to hit theaters around Christmas 2019.